Chasing the Pack, Peanut's Hall of Fame Case, the Bears IT Department, and Other Bears Bullets Skip to content 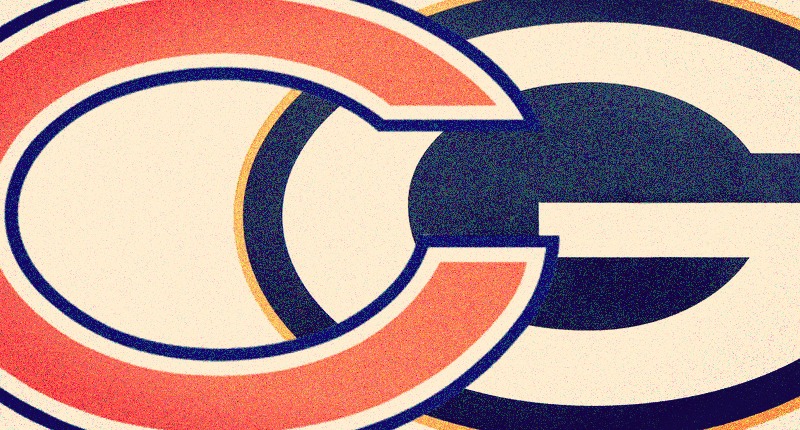 A deeper fantasy football conversation is off the table for yours truly until fantasy baseball season starts. I’m sorry. My mind just can’t jump to that part of the football calendar until we’ve cleared the baseball-related hurdles. I can talk about it on a surface level, but going too deep right now just doesn’t feel right.

•   … but not off-the-board crazy. Going line-by-line throughout the roster shows that these two teams are pretty evenly matched. They both feature fearsome pass-rush combinations, stellar WR1s (with little in proven help behind them), respected defensive play-callers, and young head coaches whose mentors are among the most respected offensive game-callers in football. It’s not a coincidence that each of the last four games between the Bears and Packers have been one score contests. And so long as these teams enter this year healthy and as currently constructed, I fully expect the next two games these rivals play to be evenly matched.

•   The difference between the Bears and Packers right now is painfully obvious. It’s at quarterback. Aaron Rodgers, even at an advanced age, is light-years ahead of where the Bears quarterback situation is right now. Maybe Mitchell Trubisky can conjure up some magic and play to his potential and close the gap. Perhaps Nick Foles’ mastery of Matt Nagy’s system can render him more useful in distributing against the Packers’ pass-rush than Trubisky was last year. But no matter who is under center, they’ll need to bring their A-game to topple Rodgers and friends.

•   Considering that Rodgers is the X-factor in Bears-Packers, it should be of no surprise that the Bears invested as much as they did in Robert Quinn as a pass-rusher, used a second-round pick on a cornerback with upside in Jaylon Johnson, and wrapped around free agency with the addition of a Pro Bowl safety such as Tashaun Gipson. It’s almost as if they are game-planning to best defend the most important player on their rival’s team. It’s wild enough to work.

•   I wanted to take a moment to re-share a popular sentiment from yesterday:

Peanut belongs in the Hall of Fame https://t.co/vEhCvC5o5Q

•   There are a whole bunch of Bears fans who think Charles “Peanut” Tillman should be in the Pro Football Hall of Fame. It’s a tough case to make because The Hall is loaded with legendary corners. But let’s try to build one. Two-time Pro Bowler (2011, 2012) and a first-team All-Pro (2012) is an OK place to start, but the lack of All-Pro nods and Pro Bowl cases will likely be held against him. However, the 38 interceptions, 44 forced fumbles, 12 fumble recoveries, and nine defensive touchdowns are all marks in his favor. Tillman was a game-changer in that regard. And that his “Peanut Punch” has been since taught and drilled into players around youth and amateur football is a sure sign of Tillman’s long-term impact on the game. That’s gotta mean something … right?

•  If Tillman had a Hall of Fame in his similar players on Pro Football Reference, I feel as if the case would be easier for me to make. Or maybe it should be easier to make because there isn’t a comparable player to Tillman at his position. Cases for the Hall are made by some of the best and most insightful writers in professional football. Who picks up Tillman’s case for the Hall of Fame could help his cause.

•   Also, the Bears are at a point where they can’t retire numbers. They are literally running out of numbers. They’re at max capacity. But wouldn’t it be neat if wearing Tillman’s number was an honor bestowed on the team’s best corner? I dunno … it’s just a thought?

•   Sometimes, falling down the YouTube rabbit hole is a fruitless journey. Other times, you stumble across behind-the-scenes footage of how the Bears’ IT department prepped for the virtual NFL Draft:

•   Whatever you set the total at, I’m taking the over on tackles made by the tag team of Roquan Smith and Danny Trevathan:

•   If Jalen Ramsey doesn’t show up to camp in an armored truck this year, then I don’t care:

From @NFLTotalAccess: The #Rams and star CB Jalen Ramsey haven't begun extension talks yet, but Ramsey isn't sweating it. Just like his time in Jacksonville, his focus isn't on the $$$. He's going to get paid eventually. pic.twitter.com/JOkECFPraq