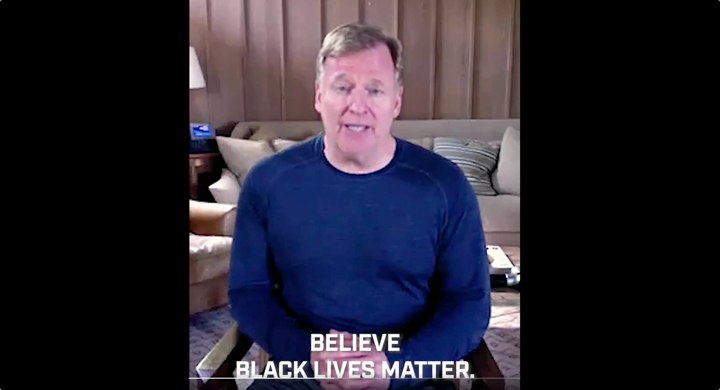 I don’t know that I ever thought I’d see the day that the NFL admitted its mistakes on how it treated issues of race and racial injustice, particularly since the beginning of Colin Kaepernick’s silent, kneeling protests.

But here it is. An unexpected, strong statement from the NFL and Roger Goodell:

We, the NFL, condemn racism and the systematic oppression of Black People. We, the NFL, admit we were wrong for not listening to NFL players earlier and encourage all to speak out and peacefully protest. We, the NFL, believe Black Lives Matter. #InspireChange pic.twitter.com/ENWQP8A0sv

Of course action must follow, as is the case with any of these statements. But this is particularly strong given the league’s history, and the need for them to start with “we were wrong.” This seems like a very positive step.

But it’s just one early step.