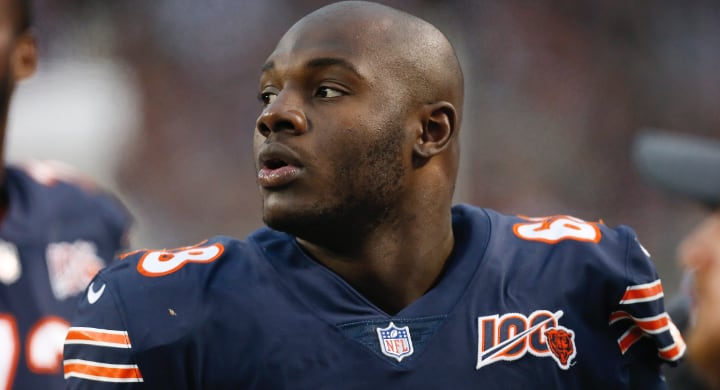 On Friday, a number of former University of Iowa football players used social media to share previous experiences with racism during their playing days with the Hawkeyes.

Among them was Chicago Bears left guard James Daniels, arguably at the forefront of the discussion:

Ask any black football player that went to Iowa during my career (15-17) and they know exactly what I’m talking about.

Shortly after that, teammates came out to share their own experiences:

I remember whenever walking into the facility it would be difficult for black players to walk around the facility and be themselves. As if the way you grew up was the wrong way or wasn’t acceptable & that you would be judge by that and it would impact playing time.

A lot of my brothers dealt with issues and I’m glad someone is speaking on it now.

Thank you James!! I remember when I used to wear my tank tops in the facility, I used to get called in the coaches office because I had too much tattoos and it wasn’t the “Iowa culture” or the “Iowa Way”. https://t.co/gYMtSDTMKR

I got so many stories I can talk about and experiences I had and other teammates but this was one of them. pic.twitter.com/CfK3Ss1TcM

Time for the truth: pic.twitter.com/aBeVbtfvc4

Coach Doyle is the problem in that building. And so is Brian ferentz. Things won’t progress until those two fix themselves. They know they’re a problem. KF isn’t. I respect coach ferentz wholeheartedly. It’s the other in the building.

It’s been hard seeing some of my former Hawkeye brothers open up about some of their negative experiences during the program. Just know they are being heard. Go Hawks https://t.co/zEyX5VHtpf pic.twitter.com/gP816Hp6yw

Clearly, Daniels and other former Hawkeyes speaking up pushed Iowa’s head coach Kirk Ferentz to put out this statement through the football program’s Twitter account:

“As a staff and as leaders, we will listen and take to heart the messages we hear.” pic.twitter.com/wqg2ZoX8pk

It’s a lot to digest, especially in a period of time when we’re already taking in a lot as a society. But it is important to have these conversations right now, while it’s all still fresh in our minds and at the top of the discussion.

And that an active Bears player is leading the way to make his alma mater better is encouraging. Because it’s clear in his messaging that the former Hawkeye isn’t out to bring down the program post-graduation. Instead, his goal is to shed light on problematic issues within the program so that it can be better for those who follow. It’s a noble cause, to be sure. One that comes with a ton of support from his fellow ex-Iowa student-athletes.

For more, I would encourage you to read Marc Morehouse’s story at The Gazette, as he covers Iowa football for the newspaper.