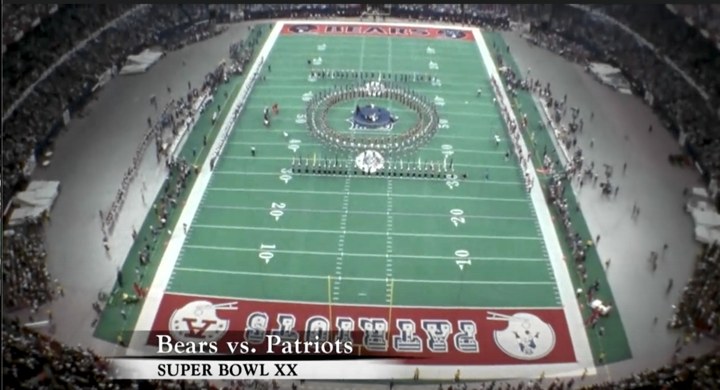 The 1985 Chicago Bears are the class of professional football.

Led by Defensive Player of the Year Mike Singletary, Chicago’s defense allowed the fewest points in football during the regular season. And to think, the unit has been BETTER in the postseason. The Bears haven’t allowed a single point to an opponent this postseason. Nary a touchdown or field goal to be seen by the opposition. Pure domination from the Bears’ dominant “D” this winter.

On the offensive side of the ball first-team All-Pro Walter Payton leads the attack, while Pro Bowl quarterback Jim McMahon’s chips in as only a man known as the Punky QB could. Only the San Diego Chargers scored more points on offense, while just six teams gained more total yards than Chicago did in 1985.

It’s been a dominant year for the Bears. And tonight should be a coronation of one of the greatest NFL teams to ever lace ’em up. Only the New England Patriots stand in their way.

This is it. There’s no turning back now. It’s almost showtime!

Your game thread is down in the comments. Chime in with your memories!