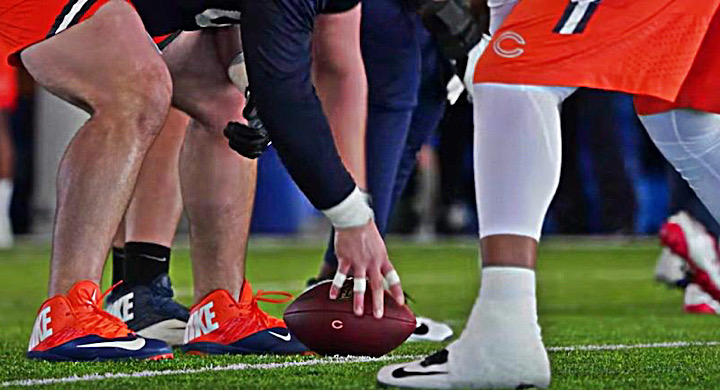 In most years, it’s easy to start thinking about football when the calendar turns to June.

Veteran minicamps, OTAs, and players reporting to facilities for workouts takes my brain from working in offseason mode to working toward preseason mode. Hey, yours truly needs preseason to get into game-shape just as much as anyone. And I’m not afraid to admit it.

But with the COVID-19 pandemic throwing things slightly off course, so too is my sense of where we are on the football calendar. But this report from ESPN’s Adam Schefter is helpful in recalibrating things.

Citing league sources and a nugget in the NFL’s new CBA that was approved back in March, Schefter reports a good chunk of the league’s teams must report for training camp by July 28. Or in other words, 47-48 days before Week 1 of the regular season begins.

There are 28 teams that fall into the reporting by July 28 column. The Bears are one of them. Though considering the potential preseason trim that could be on the horizon, part of me selfishly wishes they could get to work a little bit earlier.

Meanwhile, there are four teams that have earlier report dates than the others. The Chiefs and Texans have an estimated report date of July 25 because they’ll play in the 2020 season lid-lifter on September 10. And then there are the Cowboys and Steelers, whose report date would be July 22 — or 15 days before the Hall of Fame Game they are scheduled to play in on August 6.

For what it’s worth, no decision has officially been made. But there is an ongoing conversation regarding the matter, which is a positive development and shouldn’t be taken for granted (especially as we watch what’s happening in MLB).

Previously, teams were required to show up to camp at least 15 days before their preseason opener. Obviously, things are far more different now than they were before a pandemic changed the landscape. But at least we can circle a date on the calendar.