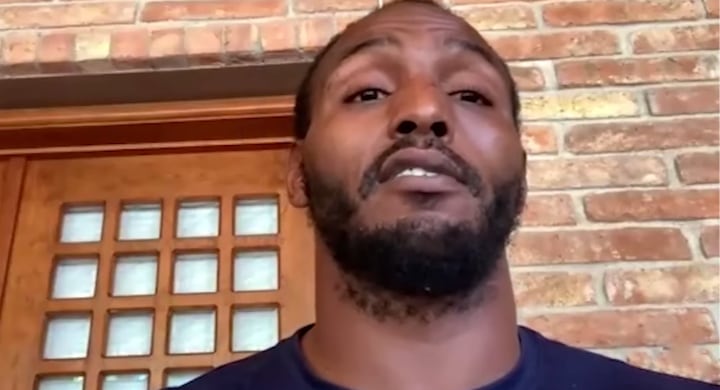 When the Chicago Bears signed Robert Quinn, we immediately saw a team fit. He was a pass-rushing pro, whose presence presented an upgrade from Leonard Floyd, with a track record of success at a few stops.

What I didn’t realize, however, was that the Bears were getting someone who was also quite passionate about social injustice. That topic was at the heart of Quinn’s Zoom media availability on Thursday, as an impassioned Quinn opened up to share thoughts and feelings about everything that’s happening now, as well as in the past.

Here are some of the most eye-catching moments as shared by Bears beat reporters on the video call:

Robert Quinn gets emotional when talking about how protests, including his, were hijacked as some sort of attack on the flag

" … Again, it’s the same message from years past that we’re saying today: We’re being killed for senseless reasons. We’re not protesting. We’re trying to make awareness that we’re being murdered for people that are supposed to be protecting and basically getting away with it."

From what I gather from Robert Quinn, his frustration is rooted in the fact that we're suddenly willing to have conversations about racial inequality and police abuse when it was the exact same situation four years ago and for centuries before that.

Bears OLB Robert Quinn: "But the point is if you look at American history … people of darker color skin have been mistreated; the natives have been pushed out, the Africans have been enslaved. They’re trying to put a wall around Mexico. Let’s just call a spade a spade."

"It’s everyone in America looking themselves in the mirror. … At the end of the day, no one is better than the next man to the left or the right."

As for whether Quinn will show a sign of protest as he had done in previously, he isn’t sure. Whatever his decision is, I don’t imagine it will be taken lightly by him:

“I look at myself in the mirror everyday and I see people like me being harassed for absolutely no reason. So the simple fact that now, for whatever reason, the message is trying to be, I guess, more pushed. To me, that’s very frustrating because there has been so many lives lost through the years, that people have just swept under the rug, and I’m sorry, it’s frustrating. So, how about this? I don’t know. I’ll think about it.”

I can understand where Quinn is coming from. It isn’t lost on him that he was someone protesting well before this recent jolt of activism, despite his voice being ignored (and often slandered). Nor has he forgotten that the media and others portrayed his protests of social injustice and police brutality as “badgering the flag” in his words. So that Quinn doesn’t have a feeling right now about what he will do when games kick off in September makes sense.

For more from Robert Quinn, you can check out his full Zoom conference embedded below: