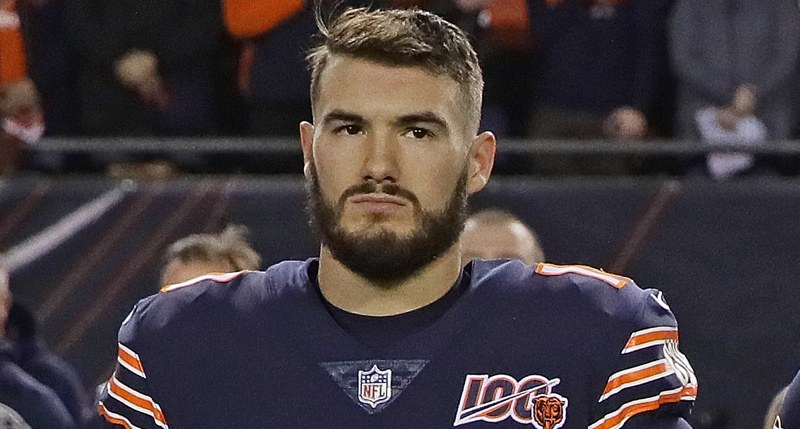 Mitchell Trubisky was served a reminder that football is a business this offseason.

And frankly, it was a business decision that pissed him off:

Trubisky on reaction to #Bears trading for Nick Foles:" I was kind of pissed off, in a good way. I've been motivated ever since. … It's a business decision. I'm all for the Bears getting better and winning games."

When asked how he reacted to the Bears trading for quarterback Nick Foles, Trubisky told reporters: “I was kind of pissed off.” And while Trubisky could’ve left it at that, he didn’t. In fact, he maintains that being “pissed off” was a good thing. “I’ve been motivated ever since.”

And it’s not just words, as you’ll recall:

Mitchell Trubisky Has Been Rounding Up His Teammates for Workouts (And It Sounds Like He Looks Good)https://t.co/wFF6tBQ082

I didn’t know how Trubisky would respond when approached with that question. But I did not expect this. Honest. Concise. Reflective. Accountable. I think those words best describe Trubisky in his response to the question. And with all things being equal, it’s a good response. It’s not coach-speak or canned athlete jargon.

We’ll have more from Trubisky as we round up his quotes and corral video later in the day. But for now, with Trubisky noting that the trade For Foles sparked something inside him makes me think Trubisky head space to attack the season. Go get ’em, Mitchell!