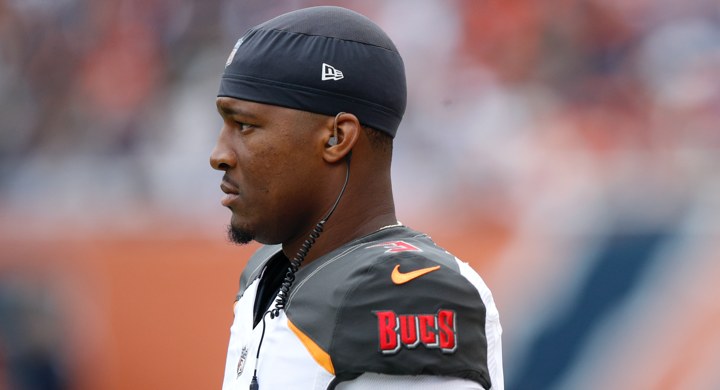 I’ve got a fun little construction project awaiting me as soon as I finish Bullets. Actually, the fun part will likely be the de-construction more than anything else. Nevertheless, let’s get on with the show so I can get to breaking stuff.

•   WELP, I think we’ve hit the point of sportslessness where (1) I’m willing to make up a word and (2) the content creating community is in search of pieces that can drive conversation. And let’s face it, we all miss the conversation aspect of the sports world. Discussions on how players are used. Coming to conclusions based on hard evidence, a hunch, or a gut feeling. Analytics vs. the eye test. Agreeing to disagree because “it’s just a game.” That stuff can be as much fun as the games themselves. Hence, I feel as if re-drafts are all the rage right now. We talked about ESPN’s attempt at it earlier in the week. Fitting enough, “rage” is the first word that came to mind when I read who Pro Football Focus sent to the Bears with the first pick in the site’s NFL re-draft.

•   With the 19th pick in PFF’s NFL re-draft, the Chicago Bears selected quarterback Jameis Winston. And I nearly threw my computer to the ground having to type that sentence. It’s not that Winston isn’t athletically gifted or skilled. He certainly has that going for him. And I imagine taking a year of learning under Sean Payton and Drew Brees could ultimately help him get his playing career to where he wanted it to be. But Winston isn’t good enough to be selected with 19th pick in an NFL re-draft. Because while I realize the outsized importance of quarterback, Winston ain’t it. And frankly, neither is this explainer from George Chahrouri:

“I was swayed a little bit by what Josh just said [about Kirk Cousins] because he reminded me of something that Eric [Eager] often preaches, which is: When you make it to the playoffs, you win a Super Bowl because you can string together three, four great games. And Jameis Winston may not get me to the playoffs in four of the five years because he’s a catastrophe, but if he gets me there one year, I at least think he’s got a chance to string them together, whereas I don’t feel that way about Teddy Bridgewater or Ryan Tannehill.”

•   Here are some players who were drafted after Chahrouri passed on to take Winston: Travis Kelce, George Kittle, DeAndre Hopkins, Aaron Donald, Davante Adams, Julio Jones, Michael Thomas. Khalil Mack went un-drafted in the first two rounds in a PFF re-draft. So did Joey Bosa, J.J. Watt, and Von Miller. I know running backs can be interchangeable, but Christian McCaffrey — the best back in the league — went un-drafted in two rounds. How?

•   The Bears taking Winston and Mack not going in the first two rounds is a troll job … right? Ha ha. Jokes on me. You guys got me good!

•   I’d wonder where Mitchell Trubisky would have gone at this time last year, but I’m going to start doing my best to move onto 2020. What happened in 2019 can only be used as a history point and a motivational tool. There is no sense in wasting energy groveling over what happened. With that in mind, I’m excited about Mitchell Trubisky being geared up to compete for the starting QB job. The Tribune, Sun-Times, NBC Sports Chicago, 670 The Score, The Athletic, and the Bears’ official website have some unique angles on Trubisky’s time on a Zoom conference call. Clear some time and give them a read.

•   And in case you missed it, we covered the bases with our Mitchell Trubisky speaks post.

•   Some takeaways from Trubisky’s presser:

My takeaways from Mitch Trubisky’s presser – extremely positive. He sounds incredibly motivated, committed, and working tirelessly to improve and play at the level he knows he can. Very engaged with teammates, exhibiting constant leadership. And ultimately very hungry.

Pretty refreshing, edgy press conference from Mitch Trubisky today. It's been mentioned by other players he's motivated by the competition. But we have to wait and see when he hits the field.. #Bears

•   Trubisky is conceding nothing to Nick Foles and is taking the right attitude toward getting the job back. Yes, Trubisky said he was pissed off and motivated about how the offseason unfolded. But I don’t think he was unmotivated previously.

•   I like that being pissed off is a theme for the Bears this offseason. Feeling things is the first step toward being better.

•   Is there any Bears player who has been more underrated in recent years than Akiem Hicks?

•   Other players I considered from years gone by included Thomas Jones, Alex Brown, and Roberto Garza. Nose tackle Eddie Goldman probably deserves a nod here. Rosevelt Colvin was more under appreciated than underrated, as he played in Brian Urlacher’s shadow. Ultimately, we’re talking about a bunch of solid pros whose contributions tended to go overlooked.

•   Rookie Trevis Gipson is celebrating a birthday today. Let’s check out some highlights:

•   Over at BN Bulls, Eli writes about how NBA players are starting to voice serious concerns regarding the re-start in the Orlando Bubble.

Updating with details on the owners' offer today, which moves the ball a good bit … *IF* there is a full postseason. Which is the frustrating part, as it continues to shift the risk onto the players. https://t.co/7qYR7ld2wi