Fuller Gets His Due, Respect A-Rob, O'Brien, Baker, and Watt on Kneeling, and Other Bears Bullets Skip to content 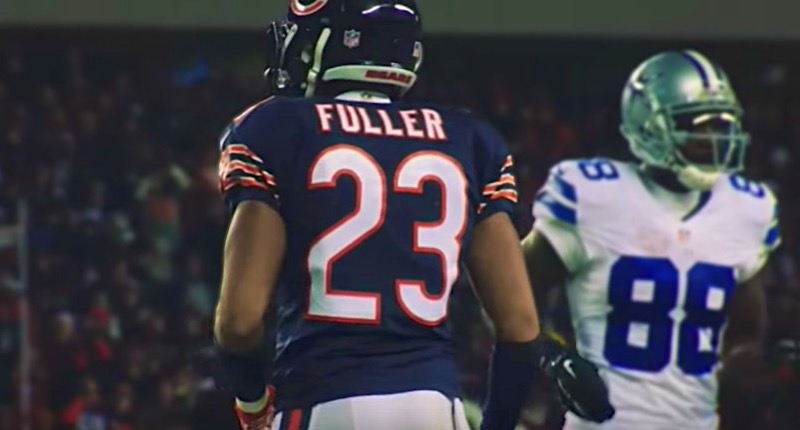 •   I thought about listing Kyle Fuller as part of the most underrated Bears of the last 20 years in yesterday’s Bullets. But two Pro Bowl appearances and a first-team All-Pro nod in the last two years pushed me away from doing so, as recent recognition is starting to get the Virginia Tech product the credit he has deserved. But then I saw PFF post this:

•   Since 2017, Fuller’s 50 forced incompletions are tied for the second most in football with Darius Slay. Only Stephon Gilmore of the Patriots has more. Fuller is in ridiculously good company on that chart, but doesn’t get the love some of the others do. Maybe a fourth straight great season from the standout corner will help others put some respect on his name.

•   How about some highlights to jog your memory and remind you how good No. 23 is at corner:

•   I did some diving into some numbers at PFF for this set of Bullets. While doing so, I learned that Fuller played snaps at free safety (2), slot cornerback (16), in the box (101), and defensive line (19). Not quite what I would expect from a cornerback. But I love learning something new every day.

•   As you might expect, Bleacher Report’s Kristopher Knox believes the Bears’ biggest x-factor is on the other side of the ball. Quarterback Nick Foles’ was Knox’s pick to click, with Knox envisioning a scenario in which Foles pushes Trubisky to be better than he was last year. And if that doesn’t happen, a scenario in which Foles wins the job outright. If Trubisky falters, Foles’ acquisition could quickly be viewed as the team’s most important offseason addition. No pressure, guy.

•   I don’t care who is quarterbacking, so long as they get the ball to Allen Robinson early, often, and accurately:

Looking at regression candidates, you can utilize historical production, efficiency, and other measurables to see who underperformed, or exceeded yardage expectations.

These metrics are (typically) stable Y.O.Y

•   There’s been some chatter on who belongs on a Mount Rushmore of Chicago sports. Larry Mayer of the Bears’ official website chimes in with his picks. And remember, Mount Rushmore only has four faces … so choose wisely.

•   Roquan Smith says something powerful in an easy to understand way:

•   Elsewhere in the league:

Texans coach Bill O'Brien says he's "all for" taking a knee with his players.

Baker Mayfield explains why he’ll be kneeling during the national anthem.

He says he doesn’t care if he loses fans because of it. pic.twitter.com/c7Fh4dljfa

J.J. Watt shares his thoughts on kneeling during the national anthem: pic.twitter.com/e7ogyHl0s6

Andy Reid said he's "fired up by our younger generation" for speaking up about racial inequality and injustice. https://t.co/tSOBlhi8M3

•   As a reminder, Bears Head Coach Matt Nagy said the team would meet to discuss how it would deal with a pre-game sign of protest or racial inequality and police brutality. And whatever decision is made, the team will demonstrate together in the same way. That’s a noble idea, but seeing coaches and players express their desire to kneel as part of their own protest makes me wonder how the Bears’ meeting will go whenever the time comes for it to happen.

•   Today was supposed to be about gearing up for “Long Gone Summer” — an ESPN 30 for 30 documentary highlighting the great home run race of 1998 between Mark McGwire and Sammy Sosa. Instead, MLB is bogged down in blasting players after the MLBPA rejected the owners’ latest “meh” offer. Let the kids play!