Something to Strive For in 2020, Nagy's Path, No-Man's-Land, Remembering Piccolo, and Other Bears Bullets Skip to content 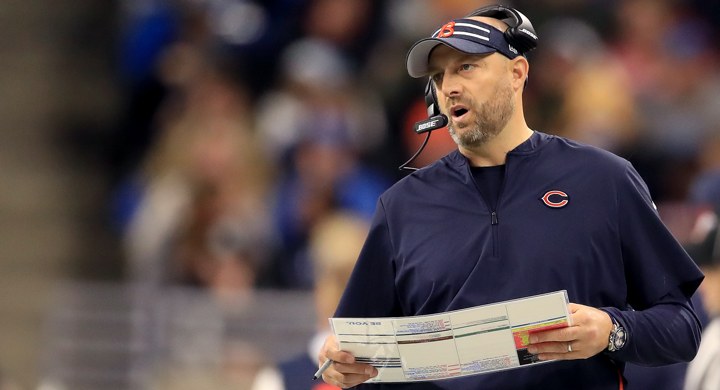 I have been participating in daily mediation practices via the Headspace app for 34 consecutive days. The might not seem like much. But for me, it is a certified step in a positive direction. And right now, I am learning not to take these mindful moments for granted. Especially after yesterday, when I spent much of my day feeling lost having started it without a morning session. I made sure to not make that same mistake twice, and today is already off to a better start. Let’s get after it!

•   Alright, I can see why the San Francisco 49ers offered up a six-year extension to keep Kyle Shanahan as their head coach:

•   Shanahan sets a high bar, to be sure. But it’s one Bears Head Coach Matt Nagy should be reaching for in 2020. The 49ers were the 31st ranked offense the year before Shanahan came on board. Things were slightly better in 2017, with the 49ers ranking 20th in points. But things leveled off in 2018, with the Niners ranking 21st in points and 16th in yards. So to see that franchise evolve evolve to being second in points and fourth in yards by Year 3 is impressive and should be encouraging to Bears fans holding out hope for their team’s offense as Nagy enters his third year at the helm.

•   In short, don’t allow *ANYONE* to tell you a team can’t take a quantum leap in offensive production when there is evidence – in the 49ers – that progress can come with patience and evolution. It’s literally right there in the lead Bullet.

•   And no, the Bears don’t have an All-Pro tight end like George Kittle. Nor do they have a traditional fullback in Pro Bowler Kyle Juszczyk. But what the 49ers have is a coaching staff that did the most with what they had, put their players in the best place to be successful, and played to their strengths. Nagy didn’t do that often enough last year, but sounds like a coach who is willing to admit his mistakes and learn from them. Only time will tell if he did or if this offseason of offering up a mea culpa was just lip service for show.

•   A better showing on offense would go a long way toward getting out of no-man’s-land, which is where Robert Mays (The Ringer) finds the team entering the 2020 season. Mays highlights a litany of moves that haven’t pushed the Bears forward as much as they would have expected at the time each was executed. The Mack trade still plays and is easy to support, even in hindsight. But trading away future second- and third-round picks to select Anthony Miller and David Montgomery in consecutive drafts has not paid immediate dividend. Trey Burton lasted just two years after signing a four-year pact. Buster Skrine’s multi-year deal is described as “ill-advised” by Mays. But the big-picture conclusion is that these moves have backed the Bears into what is called a “treacherous” journey out of no-man’s-land.

•   For what it’s worth, Mays’ piece doesn’t paint a totally bleak picture. There is an outline for which Chicago can follow to reach a road to success. But even then, it could leave the Bears in a tough spot with limited cap space, drafting in the late 20s, and without an obvious path to a long-term quarterback solution.

•   This read from Jeff Hughes at Da Bears Blog on how Mitchell Trubisky is fighting for his football life reminds me of the tight-rope the Bears are trying to walk. Trubisky is easy to root for. No, he hasn’t been consistently good or lived up to his draft billing, but his want-to attitude and resolve are good things to have as he tries to re-gain a stronghold as QB1. But the Bears’ best-case scenario might be Nick Foles starting and thriving as a capable quarterback who knows the offense, will hit open pass-catchers, and play competent and complementary football. That would leave Trubisky hanging around with a clip-board as a break-in-case-of-emergency option.

•   It’s easy to envision Foles playing competent football and leading the Bears up from an 8-8 season. But still … the No. 2 pick in the 2017 NFL Draft wasn’t selected to be an emergency option as he entered his fourth year as a pro. That’s so, so, so problematic. But that’s a different, longer, and more detailed post for a different day.

•   The Chicago Bears took some time to remember Brian Piccolo:

•   I would encourage you to take some time out of your day to read the accompanying piece by Larry Mayer when you have the chance.

The #Bears' 2019 Brian Piccolo award winners are RB David Montgomery and DL Nick Williams. Montgomery will speak to the media over Zoom at noon.

•   What in the world is happening to Major League Baseball?

•   Baseball is the first thing I ever loved. So to see what is happening at its highest level hurts my soul.

•   I’ve never been so confused by stat-based player comps in my life. Thankfully, Eli sorted out the madness over at BN Bulls:

Uh, What the Heck Are These Modern-Day Player Comps for the Last Dance Bulls?https://t.co/j2DD3CN3C7