Dr. Fauci Suggests a Football Bubble, the NFL ... Not So Much Skip to content 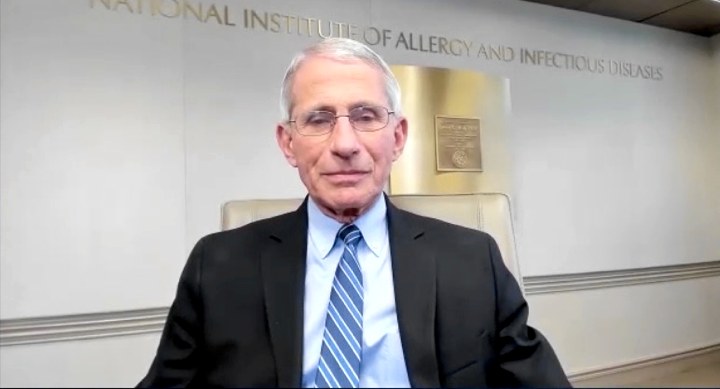 Deep in an offseason slumber, the NFL was not forced to abruptly pause or prematurely postpone its regular season when the COVID-19 virus became a pandemic. Lucky them, when compared to the NBA or MLB. But we’re getting to that point on the calendar, when it’s time to start more seriously discussing what the regular 2020 NFL season will look like. After all, there’s no vaccine, some states have been trending in the wrong direction, etc. This battle isn’t over. Thus, a relatively unexpected and unfortunate wrinkle.

Dr. Anthony Fauci, the Director of the National Institute of Allergy and Infections Diseases, seems to have his reservations regarding football being played this season … unless a “bubble” format is put into place:

Dr. Anthony Fauci says football players would need to be isolated from others and tested regularly in order for the 2020 season to be played. https://t.co/qhVXlpVqfV

“Unless players are essentially in a bubble — insulated from the community and they are tested nearly every day — it would be very hard to see how football is able to played this fall,” Fauci explained. “If there is a second wave, which is certainly a possibility and which would be complicated by the predictable flu season, football may not happen this year.”

No football without the bubble? Yikes. That doesn’t make me feel good. As for the idea of football in a bubble, Dr. Fauci hopes the NFL moves forward with a plan similar to the NBA’s Disney World/Orlando strategy. The idea of keeping players isolated and away from the public, with limited travel, and constant COVID-19 testing within a centralized location isn’t easy, but it does line up with our best-effort measures to stem the further speed of the virus and ensure the completion of a full season.

But again, the NFL hasn’t planned to do that. In fact, they haven’t even shown an interest in such an idea.

As for the NFL’s response to Fauci’s comments, Dr. Allen Sills — the league’s Chief Medical Officer — weighs in:

Dr. Allen Sills, the NFL’s chief medical officer, responding to comments today from Dr. Anthony Fauci that it would be difficult to have a football season if players aren’t isolated in a bubble: pic.twitter.com/vghyou8HyK

Sills saying: “We will make adjustments to meet the public health environment as we prepare to play the 2020 season as scheduled with increased protocols and safety measures for all players, personnel and attendees” stands out to me. Well, the “attendees” part sticks out the most. It’s almost as if the NFL still continues to have faith it will be playing games with fans in the stands. To this point, it seems as if the NFL is the only league acting as if it can do that in the near future.

One reported measure the NFL appears to be ready to make in an attempt to create flexibility in the battle against COVID-19 related issues in the upcoming season is to expand practice squads to 16 players. The new CBA already increased the practice squad from 10 to 12 starting this season. But a 16-player taxi squad could be beneficial in creating the necessary depth just in case something happens to players on the active roster. There are some hurdles that need to be cleared before that rule caveat is in place, but it feels like a start.