Bill Lazor Speaks on the QB Battle: Trubisky's Potential, Foles Through the Fire, What the Leap Looks Like, More Skip to content 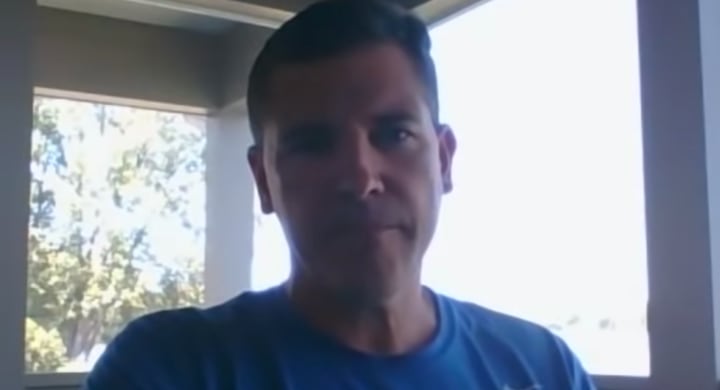 New Chicago Bears Offensive Coordinator Bill Lazor has quite the task on his hands.

Not only is he responsible for playing a role in rejuvenating one of the league’s most woeful offenses, Lazor will also have his hands on the oncoming quarterback battle. This won’t be an easy task, but he has seen some things in his time as a coach at the pro level. And having a seasoned NFL coordinator with vast experience working with pro quarterbacks at different points of their development curve gives him something the team didn’t have with Mark Helfrich (whose experience was rooted more in developing collegiate quarterbacks and implementing spread techniques into offensive systems).

Lazor spoke with the Chicago media via Zoom conference call on Thursday, opening up on a variety of topics. I’ve selected some highlights and added some commentary to go along with Lazor’s words. At the bottom of this post, you can find Lazor’s full media availability. Enjoy!

As previously noted by Bears Head Coach Matt Nagy, the Bears’ quarterback competition will not be decided in Zoom meetings. That means, when practices come around and preseason (if it gets trimmed to two games) arrives, the players will ultimately decide who gets the call in Week 1. And with that in mind, Lazor makes it a point to note that whoever emerges will have earned it.

“I don’t know if it sounds cliché, but you just have to let the thing play out. You’ve got to let guys earn it. Sometimes, your gut tells you. Sometimes, it helps to look at the statistics every day, though it’s not a game situation, and you just take in all the information.”

I do my best to avoid clichés, but I always remind myself that each one has a kernel of truth somewhere in it. Point being: Lazor is right to underscore that data will be helpful, but in the big picture, there is a lot to take in before this thing reaches its conclusion.

A Belief in Trubisky

We’ll get to Lazor’s past with Nick Foles momentarily. In the meantime, it’s important to bring to the table that the Bears OC has a previous relationship with the team’s incumbent starting quarterback, as Lazor pointed out that he recruited Trubisky while he was a college coach. So even though Lazor is new to the Bears, he has some familiarity with Trubisky. And with that in mind, I found it intriguing that Lazor believes Trubisky has his best football ahead of him. And if that’s the case, the story he determines will be one worth following.

I like (and appreciate) this line of thinking from the Bears’ new OC. We know what the stats show about Trubisky and Foles. We also know about Foles’ experience in this system, as well as Trubisky’s familiarity with the verbiage and prior relationships with current players and coaches on staff. What we don’t know is who will ultimately emerge as QB1 in Week 1. Sure, we might have an idea of who could have a leg up. We might even have an inkling on who has the upper hand. But nothing will be determined until the players themselves go on the field and prove it.

Knowing Foles and Lazor have experience together dating back to their time in Philadelphia, when Chip Kelly had his brief stint in the NFL, made me want to bring this quote to the surface:

“I watched him persevere. Nick was part of a quarterback battle when we first got to Philadelphia with Michael Vick. I watched him grow through the course of the offseason, and then through camp as he was battling for the job through the preseason. When he finally got a chance to play in regular season games, I saw the jump that he made from preseason play to when he got in. I just saw constant development.”

I don’t believe the familiarity factor was the sole purpose of hiring Lazor and trading for Foles, but I believe it is helpful in the grand scheme of things. Further, the most intriguing thing about Foles’ relationship with Nagy, Lazor, and QBs Coach John DeFilippo is that he has been with each at different points in his career arc. These coaches have all seen the highs and lows of Foles’ career. They know what it looks like when Foles comes out through the other end of a battle. And for Lazor, he knows what it looks like when a quarterback takes a significant leap in the development phase.

For more from Lazor, check out his entire Zoom conference call in the video embedded below: