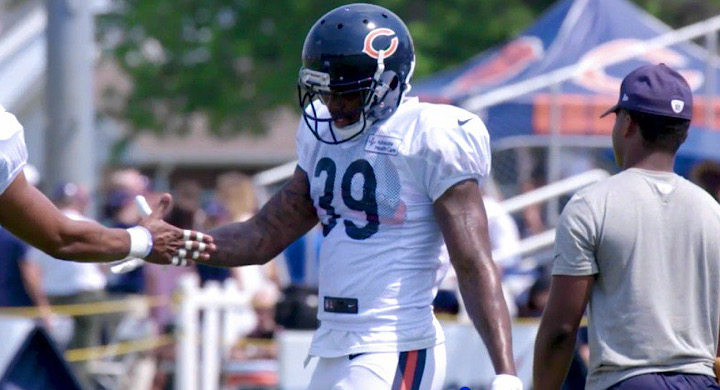 Because the COVID-19 virus didn’t become a pandemic during the NFL season, the league wasn’t forced to abruptly press pause on, well, anything. But we are approaching the time of the year when training camps usually open up, and team facilities still aren’t open to all players, coaches, and staff just yet.

However, two members of the Bears offered an inkling as to when the team will be able to get together for workouts:

Bears DC Chuck Pagano mentioned July 20th as the possible date around which the Bears are working for getting together as far as a potential training camp, but says, "The situation is fluid."

Kmet: "I'm excited to get going and show them what I can do. When camp rolls around, I'm going to be ready to go."

During his conversation with the Chicago media on Thursday, Defensive Coordinator Chuck Pagano told reporters while on a Zoom conference call that July 20 is the date in which the team is aiming to get together for workouts. Later, rookie tight end Cole Kmet mentioned July 21 as a date for players to report for training camp. Clearly, nothing is official. But it is still worth noting that coaches and players seem to have a date in mind for when they will get back to work.

If that’s how it plays out, then we will have Bears players, coaches, and staff members reporting to Halas Hall to embark on the start for what will hopefully be a wonderful season in 31-32 days. We won’t know what training camp will look like, especially since it won’t be on the campus of Olivet Nazarene University in Bourbonnais for the first time in 18 years. However, starting up camp will bring us one step closer to the return of professional football. Just that simple thought brings a smile to my face on a Friday afternoon in June.