REPORT: The Patriots are Signing Cam Newton to an "Incentive-Laden" One-Year Deal Skip to content 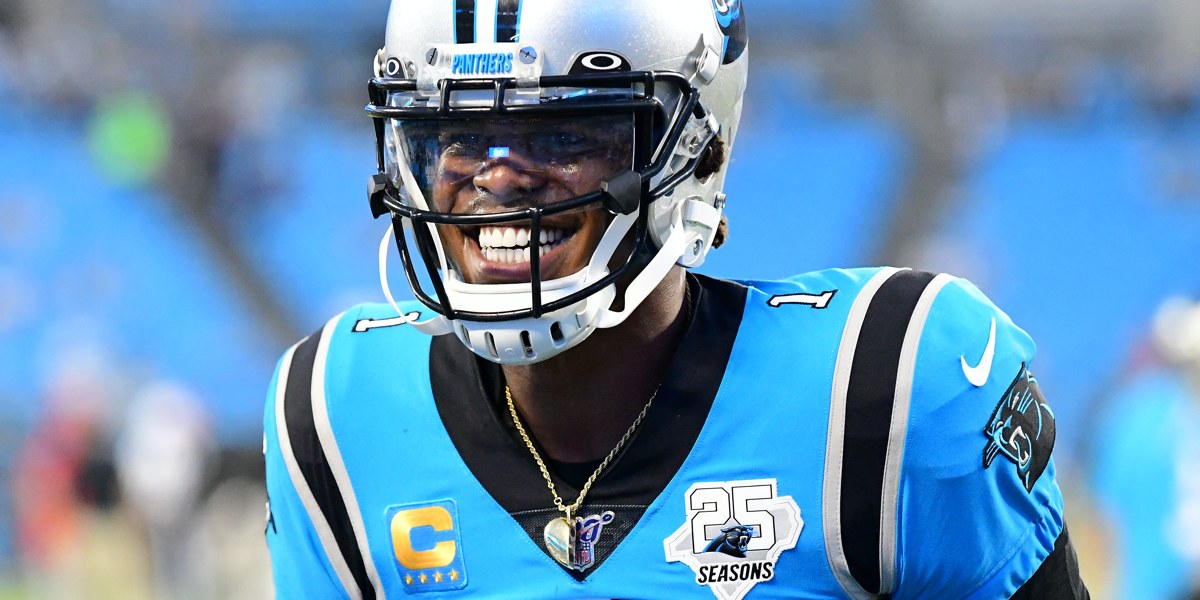 Move over, Jarrett Stidham. A former league MVP is reportedly on his way to New England.

Source: The #Patriots are signing Cam Newton to a 1-year deal. A chance to compete. This has been in the works. A bare minimum deal.

Cam Newton, who was released by the Carolina Panthers in March, is reportedly signing a one-year deal with the Patriots. The contract is expected to be loaded with incentives, presumably based on games played, starts, and/or snaps after Newton missed 14 games last year and ended the season in injured reserve. Signing with New England positions Newton to take over for Tom Brady. Because, in a very Bill Belichickian move, the Patriots are replacing the best to ever do it with a three-time Pro Bowler, who won the NFL MVP award in 2015, and is one of football’s most entertaining quarterbacks.

Newton recently checked in at the No. 10 QB in football, per Pro Football Talk’s Chris Simms’ power rankings. So there is still a belief in his talents despite being slowed recently due to injuries. If he’s healthy, the Pats are getting a good one.

There was a time when the Chicago Bears made sense as a landing spot for Newton. Last November, a report surfaced that Newton “would welcome” a trade to the Bears. And in March, the Bears and Panthers were reportedly in contact about a Newton trade, but a deal never came to fruition. So while the Panthers reportedly tried to shop Newton to the Bears, he was released by the team in late March and wasn’t scooped up as a free agent until now. Good things come to those who wait, I suppose.

For the #Patriots and Cam Newton, who have quietly worked on this recently, it’s a 1-year deal worth up to $7.5M, source said. https://t.co/YSHLAcRupb