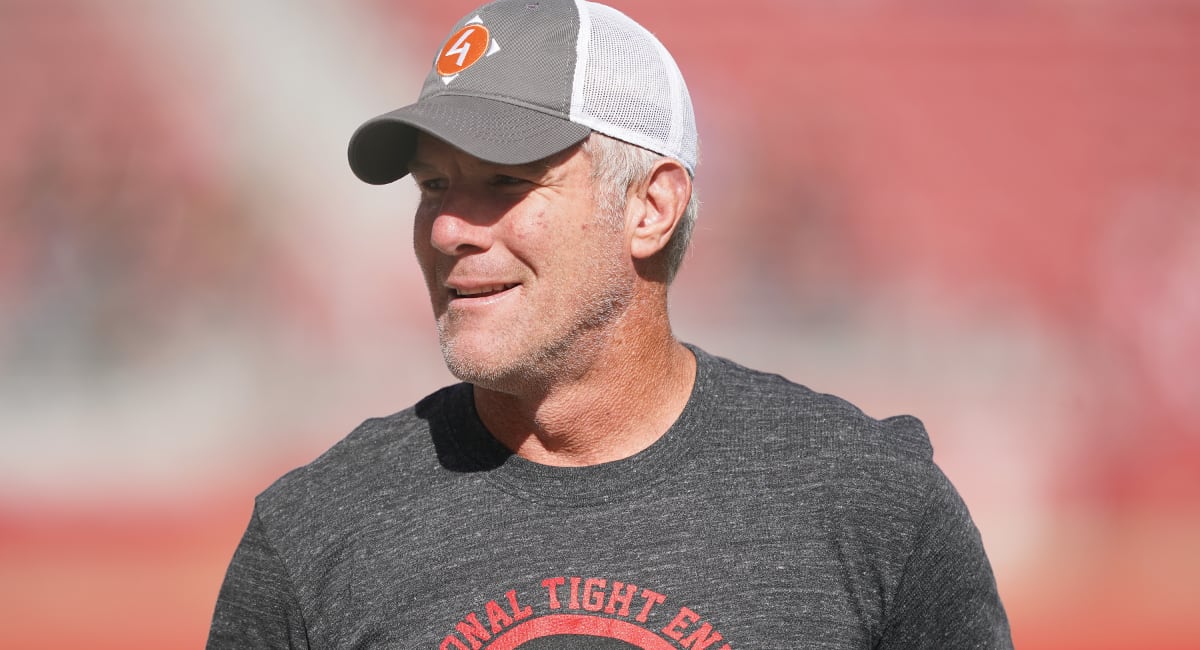 Brett Favre was a worthy adversary over the years. He was a true talent, whose greatness on the other end of the NFL’s most storied rivalry made me respect him — even if I didn’t like him or That Team in Wisconsin.

But I’m starting to think that the creativity Favre had with the ball in his hands doesn’t extend to personnel decisions.

In an exclusive interview with TMZ, Favre offers up the idea of the Green Bay Packers using rookie quarterback Jordan Love in the same way the New Orleans Saints use Taysom Hill. No … seriously.

“Use him as a halfback, a halfback pass, but occasionally let him run it just to show that you’ll do that,” Favre suggests. “Something like that.”

I realize that drafting a first-round quarterback when your team already has Aaron Rodgers is going to open up the possibility of off-the-wall ideas. But this one from Favre is out of this stratosphere. The mere idea of Rodgers handing it off to his heir apparent on a play designed to have Love throw the ball is mind bending. Think about it. The simple concept of using Love on a halfback pass takes the ball out of the hands of (1) the Packers’ best quarterback and (2) gives it to someone who isn’t Aaron Jones, who happens to be the team’s best running back. And even if that exchange works, there’s no guarantee Love can connect with Davante Adams, the team’s best pass-catching option. The whole thing sounds like a mess.

I’m sure there is a way to incorporate Love. But turning a quarterback (who still has developmental steps to take at that position) into a running back is the craziest idea Favre has made since throwing into double coverage in the NFC Championship game. But if it ends up happening and blowing up in the Packers’ face, I’m sure the rest of the NFC North won’t mind one bit.

For more from Favre’s interview, you can check out the embedded video below: