The *OTHER* Patriots News, Chase and QB Cash, Jay's Hunt Continues, and Other Bears Bullets
Search
Skip to content 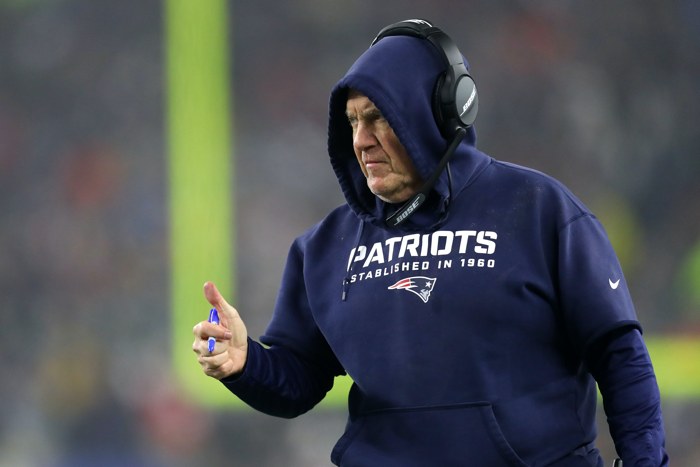 Just because things are opening up doesn’t mean we’re not still dealing with a pandemic. And while Bears coaches vow to take all the necessary precautions as they return to football, part of me feels uneasy about how quickly we – as a collective – are going through the process of re-opening society. It’s not my place to tell anyone how to go about their lives, but I would encourage safety and erring on the side of caution with the big picture in mind.

•   ICYMI: The New England Patriots are signing sign Cam Newton, adding the 2015 NFL MVP to their quarterbacks room. He is the presumptive favorite to take over for Tom Brady, who left the Pats to sign with the Tampa Bay Buccaneers earlier in the offseason. Nothing like signing one former MVP to replace another.

•   Because of course there’s some added incentive to this from New England’s end:

•  Let’s get this out of the way while we can: Saying “It was Foles for a lot, or Cam for a little, and the Bears chose wrong” really doesn’t size up the discussion. So Brett did that by underscoring the things the Bears would’ve had to believe about Cam Newton back in March when he originally hit the market.

•   In other Patriots news:

The NFL has handed down penalties for the #Patriots folowing the investigation of the filming of the #Bengals’ sideline, as @MikeReiss noted: $1.1m fine, loss of third-round draft pick next year, team production crews can’t film games this upcoming season.

•   New England has been fined $1.1 million and was stripped of a third-round pick in the 2021 NFL Draft for filming the Cincinnati Bengals’ sideline during a 2019 game. That news came just as news of Newton’s signing dropped publicly. Surely that timing is purely coincidental!

•   Imagine getting busted for filming the *checks notes* 2-14 Bengals for some inexplicable reason. LOL.

•   I respect the hustle as Chase Daniel continues his march toward being the greatest finesse artist in the history of the NFL:

Chase Daniel is being paid more than Jameis Winston and Cam Newton COMBINED.

•   Brent Sobleski (Bleacher Report) runs down the potential surprise starters for each of the NFL’s 32 teams. For the Bears, he lists Joel Iyiegbuniwe as an out-of-nowhere starter at inside linebacker. For the third-year inside linebacker from  Western Kentucky to start, it would have to come with Roquan Smith or Danny Trevathan being supplanted. So while that is difficult to envision, I’m reminded that Iyiegbuniwe is playing to secure a role as the team’s top reserve inside linebacker. That might not seem like an important position right now, but it’s the role Nick Kwiatkoski thrived in the last four years.

• Being the first “next man up” isn’t an easy gig, but Iyiegbuniwe has had two years with that group of linebackers and one season under his belt playing for Chuck Pagano. The time is now for Iyiegbuniwe to take that next step. If Iyiegbuniwe can’t, then Josh Woods and Rashad Smith are up on the depth chart behind him waiting to take those reps.

•   Some important updates regarding Jay Cutler’s hunt for a chicken serial killer:

Will this work. It’s 12:44am and nothing yet. Clearly never trapped anything in my life so I’m not confident.

We have a worthy adversary. Trap was knocked over and dragged. Nothing in it clearly. I will be spending the day learning how to trap I guess. This can’t continue. It just can’t.

•   Amazon’s Fire tablet, yard tools, projectors, and more are your Deals of the Day today. #ad

Tickets purchased for the 2020 Enshrinement Ceremony and the Hall of Fame Game will be honored for the new dates in 2021. If you are one of the lucky fans who scored tickets before they sold out in 22 minutes, learn about your ticket options here: https://t.co/TPHu93e479 pic.twitter.com/74Qx4FG3Dn

•   A return to football on the horizon:

USA Football plans return to play for youths in 2020. by @wilner88 https://t.co/VB1Mz7kiBP