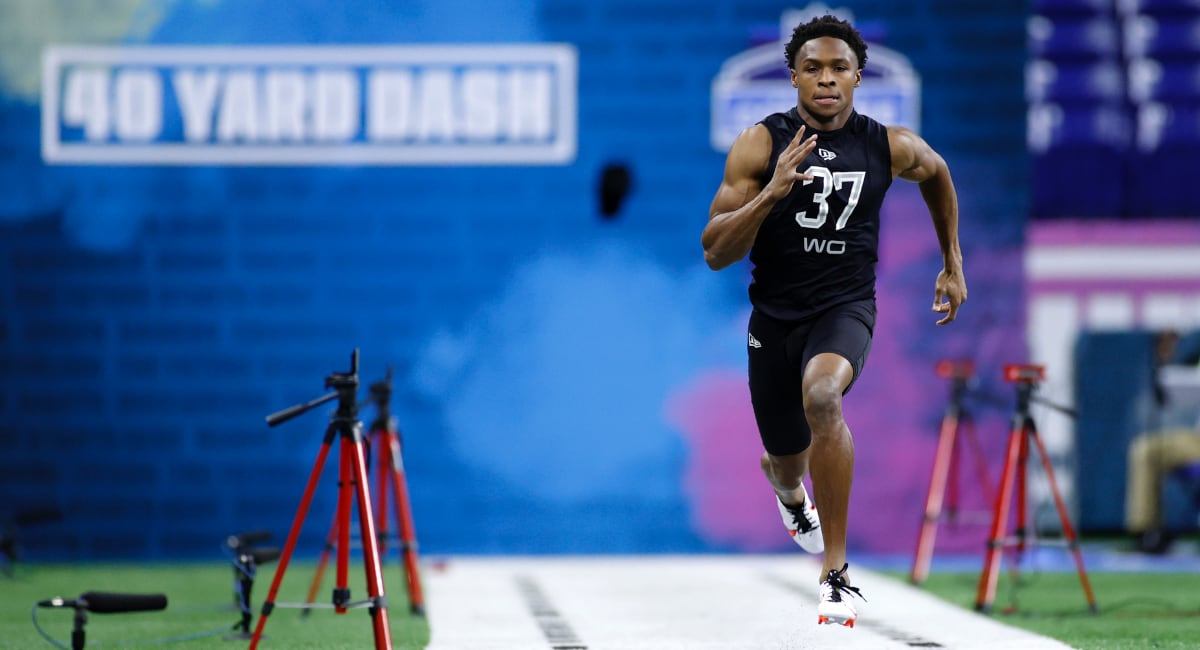 In a recent installment of Adam Caplan’s NFL Corner, the league insider spent a good chunk of time discussing the Bears’ lack of speed and how they addressed it by signing Ted Ginn Jr., penciling him in to start at “Z” receiver.

That’s the position that was opened when Taylor Gabriel was released earlier in the offseason. Even as he enters his age 35 season, Ginn has speed to burn. But even if he plays his role perfectly, my mind still wanders to think about the long-term future of the position. Thankfully, Caplan provided something for me to hold on to moving forward, circling rookie Darnell Mooney as someone to keep an eye on.

“The rookie out of Tulane, who posted a very solid 40-yard dash time (4.38) during the NFL Combine, can ‘flat out fly,’ according to a personnel source,” Caplan writes. “He projects to play the “Z” position, the source said.”

The Bears drafted Mooney in the fifth round of the 2020 NFL Draft. And while the Tulane product wasn’t on everyone’s radar, it won’t take long looking at his film before you understand why Chicago’s front office rolled the dice on him with a late-round selection.

Adding speed should have been a high priority for the Bears this offseason. And while they did it by signing Ginn and drafting Mooney, I wonder how it’s all going to work in the grand scheme of things.

I still maintain that Chicago’s offense will trend toward more two tight end sets as its base personnel package. And based on how much money and draft capital was spent this offseason, it would be logical to do just that. A plan of attack featuring 12 personnel could help pass protection, run blocking, and the passing attack — all while not tipping your hand based solely on who is in the ballgame.

And yet, I find myself thinking about speed on the outside. Or better yet, the lack of it.

Because even though Tarik Cohen brings it in bunches, the lack of game-breaking speed throughout was one of the factors that kept limited what the offense could do last year. The inability to stretch the field vertically allowed defenses to pack it in at the line of scrimmage and across the middle. Without the mere threat of an over-the-top threat, Chicago’s offense became awfully predictable (and in many cases, just plain awful).

Perhaps this year will be different thanks in part to the addition of a real life speedster playing opposite of Allen Robinson at wide receiver. Maybe Ginn’s potential to shake a corner and run a successful deep route could open up things underneath with Robinson or across the middle with Jimmy Graham and Cole Kmet. But in an ideal world, it’s Mooney who gets on a fast track, develops, and becomes that long-distance deep threat whose speed makes defenses adjust to his presence on the field.

To be clear, Mooney isn’t going to start right away. And as a fifth-round pick, I have my reservations regarding how much of an impact he’ll make as a rookie. But simply having the potential based on raw talent makes him an interesting young player to keep an eye on once camp opens later this month.