Both of Mitchell Trubisky's Shoulders Are Back to Full, Balanced Health
Search
Skip to content 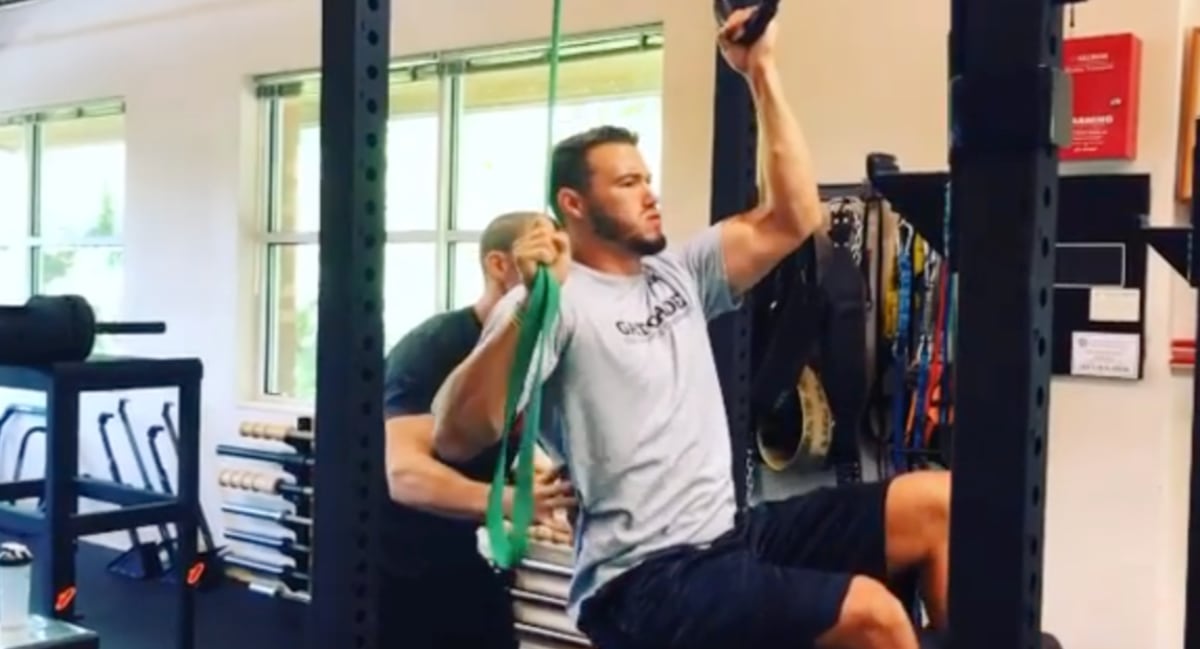 In a more traditional offseason, we would have been inundated with updates regarding Mitchell Trubisky’s offseason shoulder surgery.

Remember that? If you don’t, I understand. This past winter feels like it happened ages ago. So allow me to take a moment to refresh your memory.

Trubisky suffered an injury to his non-throwing shoulder on the opening drive of the Bears’ Week 4 win against the Vikings. He missed just one game (thanks bye week!) and returned to play the remaining 11 games of the season. After the season, it was announced that Trubisky was one of a handful of Bears who required an offseason surgery. In late January, it was learned that Trubisky had the surgery after the regular season ended.

But save for Trubisky’s chat with ex-teammate Chase Daniel, in which he said he is “back to 100 percent” after offseason shoulder surgery, much hasn’t been offered up publicly regarding the quarterback’s health. Thankfully, the the Spear Training Center, which has been working out Trubisky during his rehabilitation process, has provided some more background.

For starters, it’s great to see a healthy Trubisky working out. The guy is set to embark on a journey this summer that could very well determine his future as a quarterback with the Bears, if not the NFL. So seeing him put in the necessary work in the weight room is encouraging. As is the update from Spear Training that Trubisky’s shoulder is “as strong as it’s ever been” and that Trubisky’s “mobility, range of motion, and strength” have seen significant improvements.

HOWEVER, there’s one nugget I did not expect to see in this update, which has to do with Trubisky’s throwing shoulder. Which, if you’ll recall, was injured during Trubisky’s 2018 season and caused him to miss a game. This particular kernel from Spear Training notes that Trubisky’s throwing shoulder was “structurally imbalanced” from “overuse” when they started working with him in this rehab process. Additionally, bringing balance to Trubisky’s shoulders and throwing arm has him throwing the ball “extremely well” and “feeling good as he ever has.”

Trubisky did not have surgery in the offseason following the 2018 injury. And while I would fall short of suggesting the imbalance Spear Training refers to in its IG post was the reason behind Trubisky’s inconsistent 2019, I can’t help but wonder if structural issues were problematic. I don’t imagine having an injury to your non-throwing shoulder less than one year after suffering an injured throwing shoulder is good for balance in that area, especially when your job has so much to do with those shoulders. Again, I’m not a doctor. But I don’t think you need to be one in order to understand why Spear Training Center made it a point to share a health update that mentions both of Trubisky’s shoulders.