Remembering Some 90's Bears, Packers Plans, 49ers Did a Good Tweet, and Other Bears Bullets Skip to content 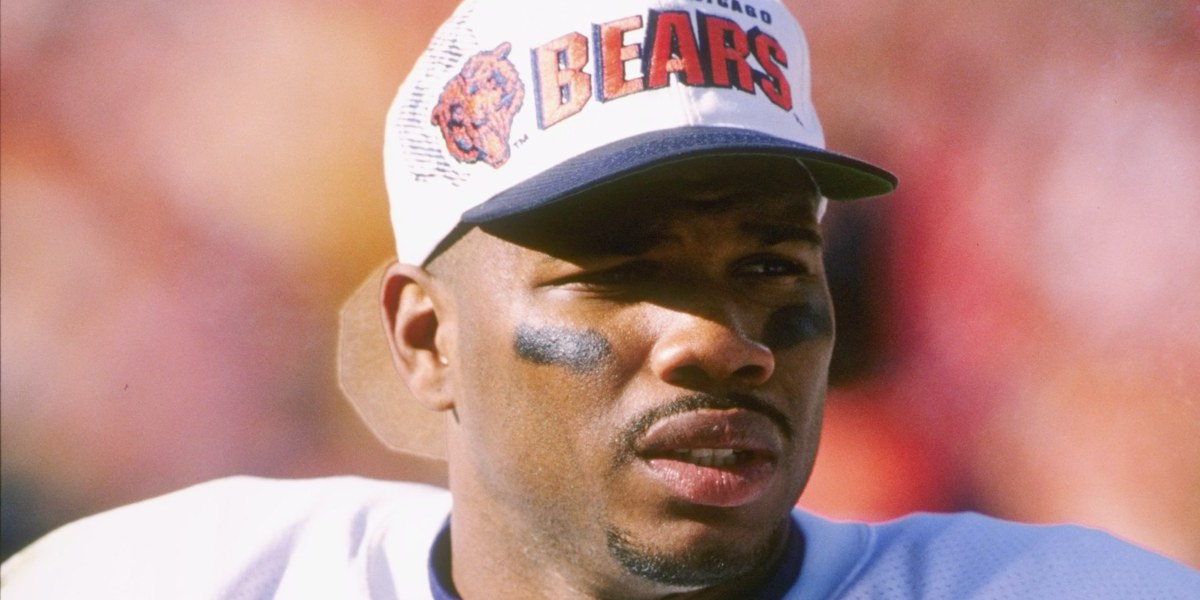 It’s the 4th of July weekend. And while I encourage everyone to enjoy whatever plans they have, I would like to do so by hoping you make safe and smart decisions. Please be careful with fireworks and anything else you might handle this weekend. I don’t want to read about any Jason Pierre-Paul situations when we re-convene on Monday.

•   Let’s take some time to flashback on a Friday and remember some Bears:

For temps being in the 90's all weekend, who is the first 90's #Bears player that comes to mind?

•   I’m not really here to talk too much about the past, but the Bears offense should’ve been better when it had dudes like Curtis Conway, Jeff Graham, and Bobby Engram. I’m just saying.

•  Champion jerseys. THOSE hats. Curtis Conway rocking that No. 80. Now, THAT is what I call a 90’s Bears image!

•   We had a bit of a newsy afternoon around these parts yesterday. A report surfaced that NFL training camp rosters could be cut from 90 down to 75. If it happens, I imagine part of the reason would be a precautionary measure made with COVID-19 restrictions in mind. But there are also potential salary cap implications of trimming 10-15 players off a given roster. And with the Bears having a fully staffed 90-man roster at the moment, a round of cuts would be serious business.

•  Would the NFLPA push to eliminate the entire 2020 NFL preseason? Maybe. If knocking off two preseason games was done with the idea of health and safety in mind, then why stop there when you can knock off two more just as easily? In short, I can see where the NFLPA is coming from in wanting to eliminate exhibition games. I’m just unsure if them and the league would get together and sign off on it.

•   ‘Hamilton’ is now available on Disney+ (original cast and all that), so if you’ve wanted to watch, you can sign up here.

•   Get those questions in (and make them good):

One week left to enter. https://t.co/ABRPgAwjDH

•   This play was equal parts awe-inspiring and awful to watch:

This is one of the best throws I’ve seen…

‘02 season. MNF vs. the Bears. We played this game at the University of Illinois.

•   Oh, to have a Bears quarterback who could make that kind of throw, leave defenses in their dust, and opposing fans befuddled having seen what they did.

•   The Packers shared an update with season-ticket holders regarding preparations for the 2020 NFL season. The team’s initial plans include “significantly reduced capacity” if fan attendance is allowed and plans to require face coverings for fans. The most important words might have come in the last sentence: “All preparations are being made with the latest advice of medical and public health officials and are subject to change.” Gotta keep that in mind throughout this whole thing.

•   ICYMI: The Bears unveiled their early plans regarding refunds for season-ticket holders earlier in the week.

•   It’s not on my mind in this specific moment because no one is traveling to Chicago to play the Bears any time soon. But Brett’s nugget about Mayor Lightfoot’s recent quarantine order – visitors to Chicago from states where cases are spiking will have to quarantine for 14 days before interacting publicly – had me wondering about how it could impact players flying in from other parts of the country. That there is not expected to be an impact on baseball right now gives me clarity regarding the situation, but also reminds me it’s worth monitoring as football season approaches.

•   This might go down as best baseball game no one ever saw:

•   Sure, this sounds like fun. But it also sounds reckless and pointless:

NBA “Closing in on” Second Bubble for Remaining Eight Teams … IN CHICAGO!https://t.co/ZAMC3wrl4y