There's No Such Thing as Having Too Many TEs, Right? And Other Bears Bullets Skip to content 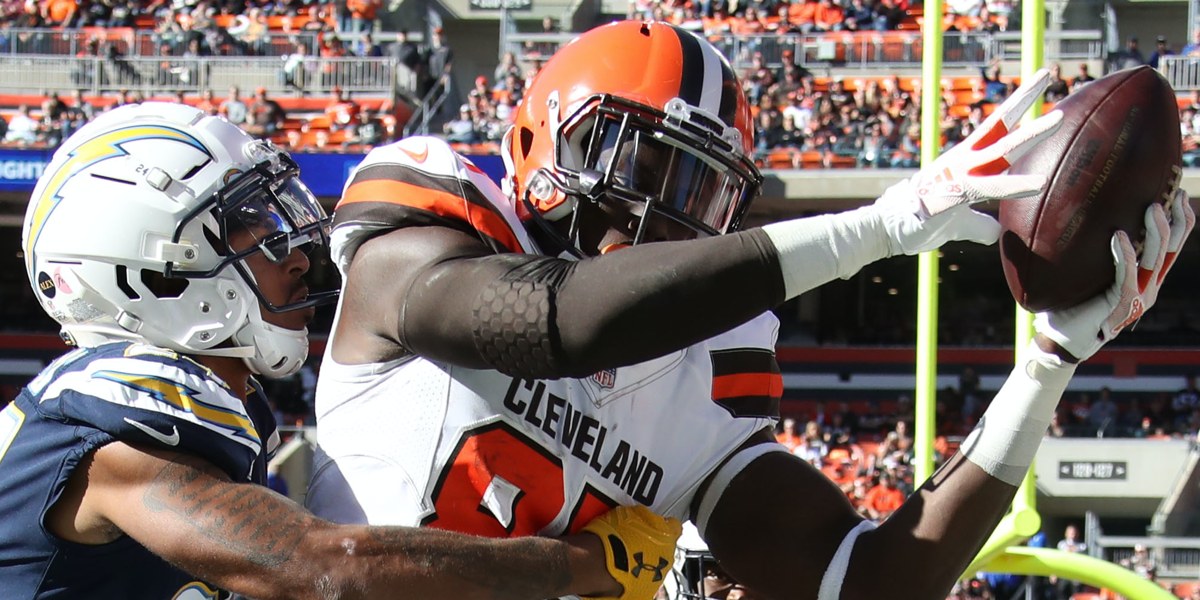 Happy Sunday! I split my Saturday with my grandmother, then having drinks with good company.  Hope everyone enjoyed Saturday as much as I did, doing so in a peaceful and socially distanced manner — especially those of you who want football on Sundays starting in September.

1/2 Browns’ TE David Njoku and his agent Drew Rosenhaus asked today for the team to trade him. The Browns told Njoku they would like to keep him, but Rosenhaus told them he’s intent on a trade. They want a trade before training camp.

•   I’m just saying … There’s no such thing as having too many tight ends.

•   Browns tight end David Njoku would have been an intriguing fit for the Bears earlier in the offseason. Well, at least he would have been before they entertained the idea of signing Jimmy Graham or drafting Cole Kmet. Young tight end with upside who can contribute as a blocker and pass-catcher? Yes, please. Sure, Njoku was coming off a season in which his 49.8 grade from Pro Football Focus was a career worst. But it’s not like a bounce-back year is off the table for a player entering his age 24 season. Njoku looked to be a player on the rise after catching 56 balls for 639 yards and four touchdowns in 2018. But an injury-shortened 2019 and the arrival of Austin Hooper makes Njoku somewhat expendable. If Njoku gets dealt, hopefully it’s to a team that isn’t on the Bears’ schedule in 2020.

•   Bleacher Report’s Brent Sobleski believes Anthony Miller could be the NFL’s surprise 2020 break-out receiver. That’s a big ask, to be sure. But it’s not as if Miller doesn’t have the talent. Getting him healthy and on the same page as whichever QB wins the summertime competition will go a long way toward Miller reaching his potential in Year 3. Miller was a first-team All-American coming out of Memphis in 2018. And while has shown flashes here and there, the spectacular plays haven’t come consistently. Should Miller become a steady, reliable contributor, I think we’ll see his stats shoot through the roof. If not, then we’ll have some legitimate concerns as he heads into the fourth and final year of his rookie deal. But we are a long ways from even going down that road, so let’s not get too far ahead of ourselves.

•   If we’re lucky enough to get a football season in 2020, Larry Mayer (ChicagoBears.com) highlights the old faces in new places who will take on the Bears this year.

•   Allen Robinson II chimes in regarding a report that the NFL could cut down preseason rosters from 90 to 75:

I don’t understand not letting 15 guys per team compete for a roster spot. 75…90… Is it that much of a difference!? Many rookies have dreamed for the opportunity; many other guys have grind this off season for a shot at Camp! #FigureitOut https://t.co/5oBBqyovDJ

•   I get what Robinson is getting at with his post. The benefits of trimming 10-15 guys off the roster are minimal. It creates space in the locker room, but it also artificially decreases competition within the ball club. Hopefully, the NFL finds a way to strike a balance between health/safety measures and doing right by its fringe football players.

•   Spice Adams re-enacts one of my favorite mundane football achievements:

•   Is there anything more ironically hilarious than when a defensive back celebrates an incomplete pass he had nothing to do with? If so, then that will become my new favorite mundane football achievement.

•   MacBooks, kitchen gear, books, and more are your Deals of the Day at Amazon. #ad

•   Didn’t get around to giving it a listen, but I plan on doing so today:

In this weeks OTC Podcast:

•   Something to keep an eye on for future reference:

The NFL last night sent to clubs COVID-19 protocols for 2020 training camp and preseason, including this detailed breakdown for handling individuals exposed to someone who tested positive: pic.twitter.com/bX7aQzMZTZ

•   Some more fallout in our nation’s capital, as The Athletic reports Nike will not feature Washington’s NFL gear until the team name is changed. ICYMI: The organization is considering changing the team’s name in the wake of pushback from FedEx and other financial backers.

The Edmonton Eskimos are keeping their team name.