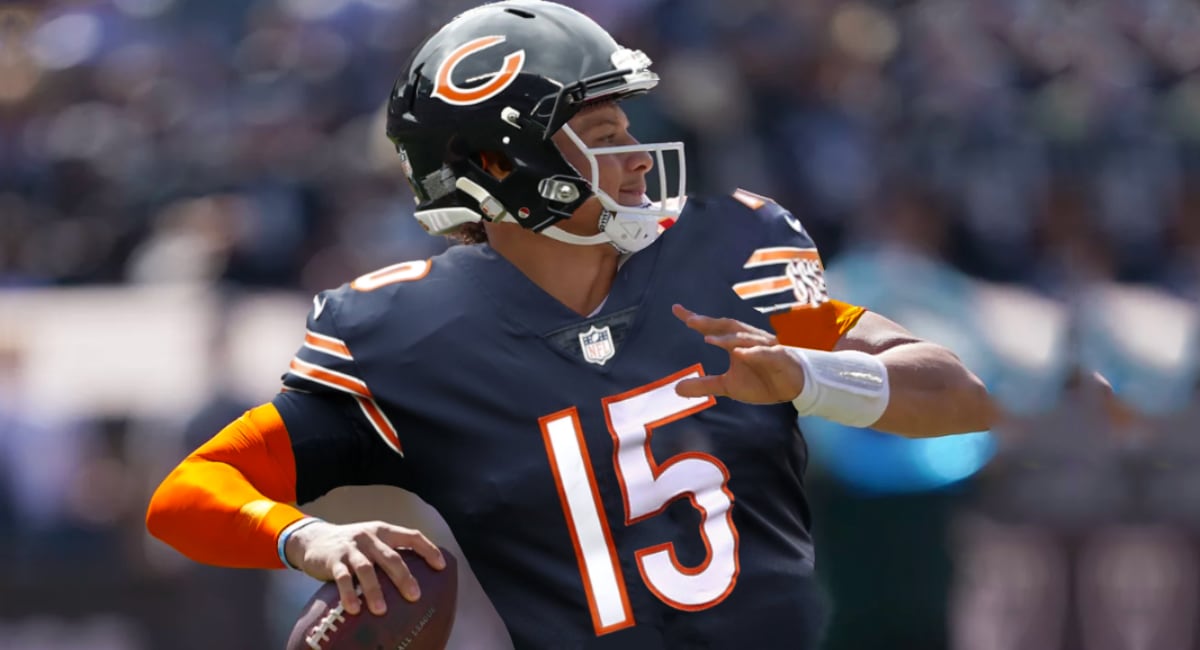 Somewhere, there is an alternate universe where the Bears picked Patrick Mahomes. And over the weekend, SI.com’s The MMQB took a cursory glance at what it would have looked like had it happened.

✅ Mahomes to the Bears
✅ Wilson to the Jets?
✅ RG3 stays healthy
✅ Chip gets Mariota@ConorOrr on the biggest what-ifs of the decade:https://t.co/sOFz8wgZ6z

For some, that’s where it stops. But I’ve decided to go deeper, exploring an alternate timeline that could have played out after the pick.

It all begins with Roger Goodell saying: “And with the third pick of the 2017 NFL Draft, the Chicago Bears select … Patrick Mahomes II, quarterback.”

It all begins with the rest of the 2017 NFL Draft and imagining a scenario in which the Bears don’t trade future draft considerations, and instead, stand pat with the No. 3 pick. Chicago could’ve cleaned up by drafting a class loaded with prospects they visited and/or connected while at Senior Bowl week.

These picks seem convenient for our exercise, but there is a method to my madness, as Everett, Kupp, King, Elliott, and Fuller were on the Senior Bowl rosters that John Fox and the Bears coaching staff were able to get their hands on. In an alternate universe, GM Ryan Pace is applauded for using the Senior Bowl to his advantage, but takes some criticism for drafting small-school talents Everett and Kupp, as well as drafting a kicker.

STICKING WITH THE ORIGINAL 2017 PLAN

Mahomes flashes in camp, but errant throws and practice interceptions hold him back. Mike Glennon still looks like Glennon, but Pace maintains the Bears will stick to their plan and give the free agent QB a full season to prove himself.

Despite calls to fire Fox after a 4-12 season, Pace attempts to stay true to his word to keeps the embattled head coach to play out the final year of his contract. But no one keeps a lame-duck coach around these days, so a mutual parting of ways happens.

Matt Nagy, come on down!

You too: Allen Robinson, Trey Burton, and Taylor Gabriel!

The opportunity to draft Quenton Nelson and build an offensive line that can protect the team’s quarterback investment makes sense. In Round 2, the Bears draft Boston College edge rusher Harold Landry. Chicago still moves back into the second round by making a trade with the Patriots. But with Cooper Kupp doing work in the slot, Anthony Miller isn’t the target. Instead, it’s D.J. Chark, the LSU standout who starred at the Senior Bowl.

Because the Bears didn’t trade draft capital to pick their QB, the team keeps the 70th pick in the draft and use it to select Orlando Brown, the Oklahoma tackle who will replace Bobby Massie at right tackle and save the Bears a bunch of money in the process.

Another year, another weirdly placed special teams choice with the rafting of Michael Dickson, a punter. And remember when Pace said he wanted to draft a QB every year? This time he drafts Luke Falk, whom he met with at the Senior Bowl.

The Bears still don’t have that butt-kicking pass-rusher. But because they appear to have drafted well everywhere else, the Khalil Mack trade still goes through.

Here’s what the Bears look like entering Week 1 of the 2018 season:

The Bears win the division and advance all the way to the NFC title game. But the Saints home field advantage proves to be too much for young Mahomes. But still, the arrow is pointing up.

That Week 1 loss against the Packers really left a mark on the Bears. So they sign Randall Cobb and Ha Ha Clinton-Dix to one-year deals. Let’s fast-forward to the draft.

Developmental quarterback? Depth at running back and offensive line? I can dig it. So here’s what the Bears look like entering Week 1 of the 2019 season:

There’s a good chance these Bears on this particular timeline win the Super Bowl.

Heck, even the graphic artist for the tweet above has Mahomes wearing the Bears home uni with a Super Bowl LIV patch on it. SCHWING!

This team has everything you’d ever want from a team on the rise. Playmakers on offense with young building blocks on the offensive line. Howard-Snell-White trio brings balance to the running game. Robinson, Cobb, Kupp, and Chark make up the deepest WR crew in football. It all comes together to allow Mahomes to have an MVP caliber year in his second year as a starter. An elite defense led by a dynamic pass-rusher plus studs in the secondary. This is what the start of a dynasty looks like.

Instead, we enter the 2020 season in the midst of a quarterback controversy featuring Mitchell Trubisky and Nick Foles, a team loaded with players who have a lot to play for, and uncertainty regarding if they’ll even get a chance to play for it because we, as a nation, are still battling a pandemic.

But, if only for a moment, it was nice to escape reality. Here’s to hoping this timeline has something better in store for Bears fans than what we would otherwise expect.