Mahomes Money, Mitchell's Throwback Dime, Give A-Rob All the Chickens, and Other Bears Bullets Skip to content 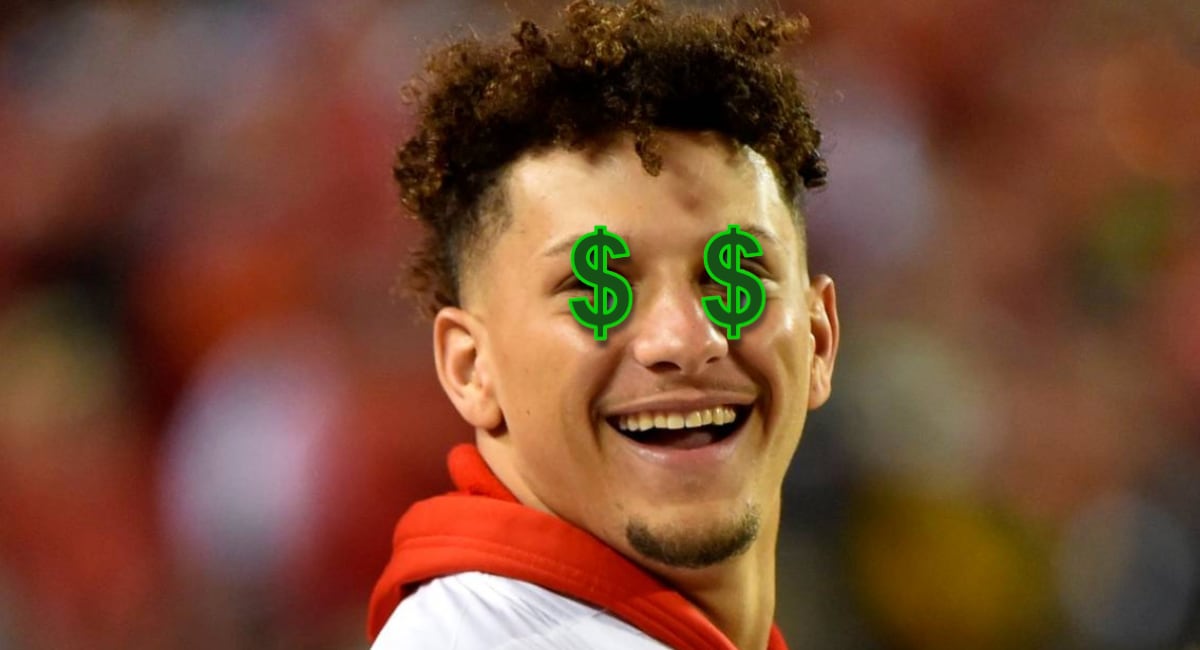 I’ve done three consecutive days of yoga, including back-to-back days of 8 a.m. sessions. This morning’s routine came in the back yard, which I find far more fulfilling than the sessions I did in the basement (low ceilings and all). Weather permitting, I’ll continue to do this outside because it feels good and has put me in a good mindset to start Bullets.

A liquor store employee scooped everyone on Patrick Mahomes’ extension with Chiefs https://t.co/f5szfJ8W6b

•   ICYMI: Patrick Mahomes signed a whopper of a deal, that could keep him in Kansas City for the next 12 seasons and max out at $503 million. If anyone deserves that contract, it’s a guy who won the NFL’s MVP award two years ago and is only months removed from winning the Super Bowl MVP trophy. Mahomes is the NFL’s best player at the game’s most important position. Of course he deserved a contract worth half a billion.

In August 2018 at Chiefs' training camp, before Super Bowls and MVPs, GM Brett Veach told me he was already planning for this day, how Mahomes' contract would be structured, the cost, the cap, etc. These deals aren't done overnight.

•   In an alternate universe, it’s the Bears who would be looking to lock him into such a rich deal. Grumble.

•   How many QBs are the Bears going to go through between now and the end of Mahomes’ contract? I’m going to go with three: Mitchell Trubisky, Nick Foles, and … Trey Lance? Justin Fields? Jamie Newman? K.J. Costello? Dustin Crum? Kyle Trask? Brock Purdy? I’m a big fan of Lance, Fields, and Newman. I’m intrigued by the potential Costello could show working in Mike Leach’s system after transferring to Mississippi State. I maintain the Bears won’t be bad enough to tank for Trevor Lawrence unless the worst-case scenario plays out. And in the interest of not speaking it into existence (because speaking harm to others is wrong on SO MANY LEVELS) I’ll stop here.

•   The folks at OverTheCap.com have a look at the value of the deal, which had me saying “boy, howdy!” out loud because holy crap it’s a lot to breathe in. If you’re interested in the numbers aspect of it, I would encourage you to check out this post by Jason Fitzgerald.

•   One thing I hope we’re not doing in the wake of this mega-deal is doing the thing where we point and say “this is why tickets and stuff at stadiums are expensive.” Forbes recently valued the Chiefs at $2.3 billion (that’s billion … with the letter B) as recently as September 2019. The franchise has brought in at least $235 million worth of revenue in each season since the start of the 2010 campaign, per Forbes’ data. Player salaries are large, especially at the top. But when revenues are where they are and team values sit where they sit, my preference would be that the money goes to the guys we enjoy watching on the field rather than pocketed by an ownership group to sit on. You play to win the game. You pay to bring in the players that will allow it to happen. It’s as simple as that.

•   Three Khalil Mack contracts (all at once) are among the things that can be purchased with the contract Mahomes received, per Cam Ellis of NBC Sports Chicago. And, hey, if you want any shot at slowing down the Mahomes train, your defense might need three Khalil Macks on it to make it happen. And suddenly, I’m trying to figure out how the Bears could properly clone Mack and put him in three different places at once. Good luck stopping that attack, Cheesedoodles!

•   Sigh. I wish the Bears had the type of first-world football problems the Chiefs will deal with in keeping a competitive roster around the best player in the game. Instead, I’ve found myself looking at a quarterback competition in the immediate future and trying to envision fitting a QB on a rookie deal starting in 2021 because the Bears made a major misstep in the 2017 NFL Draft.

•   Think he’s not looking forward to that game against the Bears later this year?

•   I’ve got a plan to get Mitchell Trubisky on the right track:

Me after seeing the Patrick Mahomes deal….. pic.twitter.com/XAlSaToAB9

•   The Bears have (an estimated) eleventybillion tight ends on their roster. Meanwhile, PFF’s Andrew Erickson explains why Packers tight end Jace Sternberger is a 2020 fantasy football breakout candidate. Because, OF COURSE!

•   Folks, if you want to stock up on school or office supplies, today’s the day at Amazon, because a whole bunch of BIC stuff is among the Deals of the Day. #ad

Eagles will be responding to this today…. https://t.co/UBiK1c50hD

I post a lot of things that are sent to me. I do not have hatred towards anyone. I really didn’t realize what this passage was saying. Hitler has caused terrible pain to Jewish people like the pain African-Americans have suffered. We should be together fighting anti-Semitism and racism. This was a mistake to post this and I truly apologize for posting it and sorry for any hurt I have caused.

•   The Cubs’ 2020 schedule IS HERE! And it includes a September 27 season-finale against the White Sox. Make sure to check your schedules to not double-book, as that game will cross paths with the Bears’ scheduled Week 3 showdown in Atlanta against the Falcons. For a refresher on what the Bears’ 2020 schedule looks like, check out this link.