2020 Dreams, Quarterback Nightmares and Other Bears Bullets Skip to content 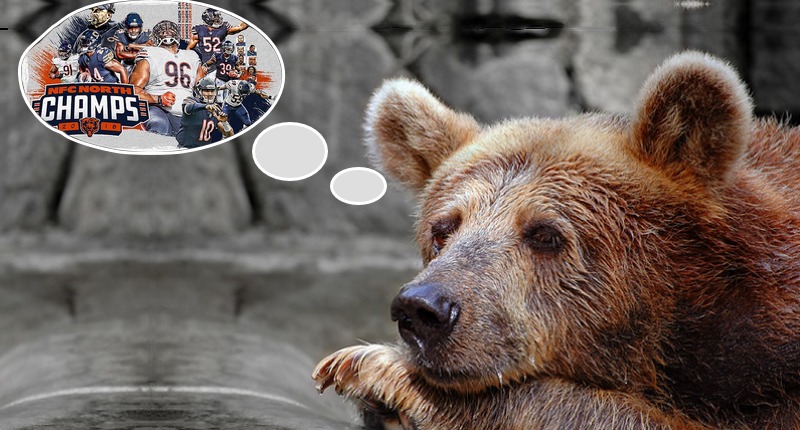 I’ve fallen into some bad habits in the last few days. And while I’m not happy with it, I must say that junior bacon cheeseburger and spicy nuggets from Wendy’s really hit the spot. Maybe I’ll go on an extended walk and snag a salad for dinner later tonight.

•   I wasn’t sure where to put this, so let’s just get it out of the way up top. I’ve recently – and mistakenly – listed Joel Iyiegbuniwe’s alma mater as Louisville instead of Western Kentucky. I won’t blame Quarantine Brain or any other factor, it was just a slip up on my part. What makes it more frustrating is that I’m quite familiar with Western Kentucky, which was a long-time rival of my alma mater (Southern Illinois) when they played football in the Gateway Conference. Even worse? I can somehow manage to correctly spell Iyiegbuniwe with no issues … but can’t get his alma mater right. Ugh. I’ll be better moving forward, friends. (Michael: As his editor, I’ll take more responsibility. It’s my job to catch things like that. So, sorry, Luis. And sorry, readers. And sorry, Iyiegbuniwe!). Here’s the rest of your Wednesday bullets.

•   Dan Pompei had me hyped when I was reading his latest at The Athletic.

“If I were in charge of the Bears, I’d feel pretty good about my team. I’d be pleased that the quarterback position is better than it was one year ago. And I’d take comfort in knowing one of the best front sevens in the NFL is capable of covering a lot of shortcomings.”

•   I’m charged up thinking about the front line of the Bears’ defense. Khalil Mack and Robert Quinn coming off the edge, bulldozing through blockers, then throwing the quarterback down like a rag doll. Roquan Smith and Danny Trevathan covering all of the ground in the middle of the defense and delivering the boom-stick to any ball-carrier who wanders into their area. Akiem Hicks, Eddie Goldman, Bilal Nichols, and Roy Robertson-Harris eating up space at the line of scrimmage, taking on double-teams, stressing offensive lines in the middle. What a dream!

•   Unfortunately, sometimes dreams are interrupted by nightmare scenarios. What if both quarterbacks play like they did in 2019? There’s nowhere to go but up for Mitchell Trubisky after last year. At least, that’s what I tell myself. Nick Foles played so poorly in his return from injury that the Jaguars went back to Gardner Minshew II. What if Matt Nagy continues to rely on deception? There’s only so much misdirection a team can use. As we learned in 2018, there are limitations to gadgetry and sleight of hand. What if the offensive line isn’t better? Hoping the post-hype sleeper form of Germain Ifedi is better than a Kyle Long who was at the end of his rope is a bold strategy. What if no playmakers emerge beyond Allen Robinson? Ted Ginn Jr., come on down! What if there aren’t enough cornerbacks? Oh, sure, the Bears have plenty of bodies at the position. But none are as accomplished as two-time Pro Bowler Kyle Fuller. What if Eddy Piñeiro regresses? OK, that’s enough.

•   Every team has its questions. Each squad has its concerns. All 32 teams have nightmare dancing around in their heads. There are many concerns that aren’t Bears specific. But acknowledging them is a first step.

•   This thread is a thing of beauty:

•   Professional athletes doing their part to turn a liquor store in the Austin neighborhood into a grocery store for a neighborhood that needs it is at the top of the list as to why athletes shouldn’t “stick to sports.”

•   A re-do of the 2006 NFL Draft from Bleacher Report has the Bears taking Alabama linebacker DeMeco Ryans with the 26th pick. Ryans won the 2006 NFL Rookie of the Year award for his work with the Houston Texans. He picked up a league-leading 126 solo tackles, collected 3.5 sacks, intercepted a pass, forced a fumble (recovered one, too), came away with 13 tackles-for-loss, and added 9 quarterback hits for good measure. Teaming him with Lance Briggs and Brian Urlacher would have made a great defense even better. It’s just that I have no interest in this re-do because the Patriots end up taking Devin Hester with the 21st overall pick. Bill Belichick’s brain with Devin Hester’s raw ability would have made that New England dynasty even better. UGH. I hate it.

•   The Tarik Cohen show is coming soon to a playing field near you:

•   Desean Jackson made a pledge for positive action after making what he described as “insensitive and ill-informed” posts on social media:

•   Jackson posted an anti-Semitic message he attributed to Adolf Hitler on social media. He also expressed admiration for Louis Farrakhan, who is the Nation of Islam leader who is listed as anti-Semitic by the Anti-Defamation League and Southern Poverty Law Center. The posts caused an uproar on social media, within football circles, and elsewhere. And while they have since been deleted, it’s evident Jackson still has much to learn about a great many things — especially the stuff he re-shares from others via his social media channels. That he promises to do better moving forward is a nice start. But as we discussed after Drew Brees’ statements that came from an ill-informed place, the actions Jackson takes moving forward will speak louder than the words that were screen shot and shared from the notes app on his smartphone.

•   There is no smooth transition from that to this, but I wanted to pivot to something on the positive side:

ALRIGHT EVERYONE ELSE GO HOME THIS IS THE COOLEST THING EVER @AdamSchefter pic.twitter.com/Y985QVeLn7