Working Together for a Better Community, Please Do Not Disrespect Allen Robinson Like That, and Other Bears Bullets | Bleacher Nation Skip to content 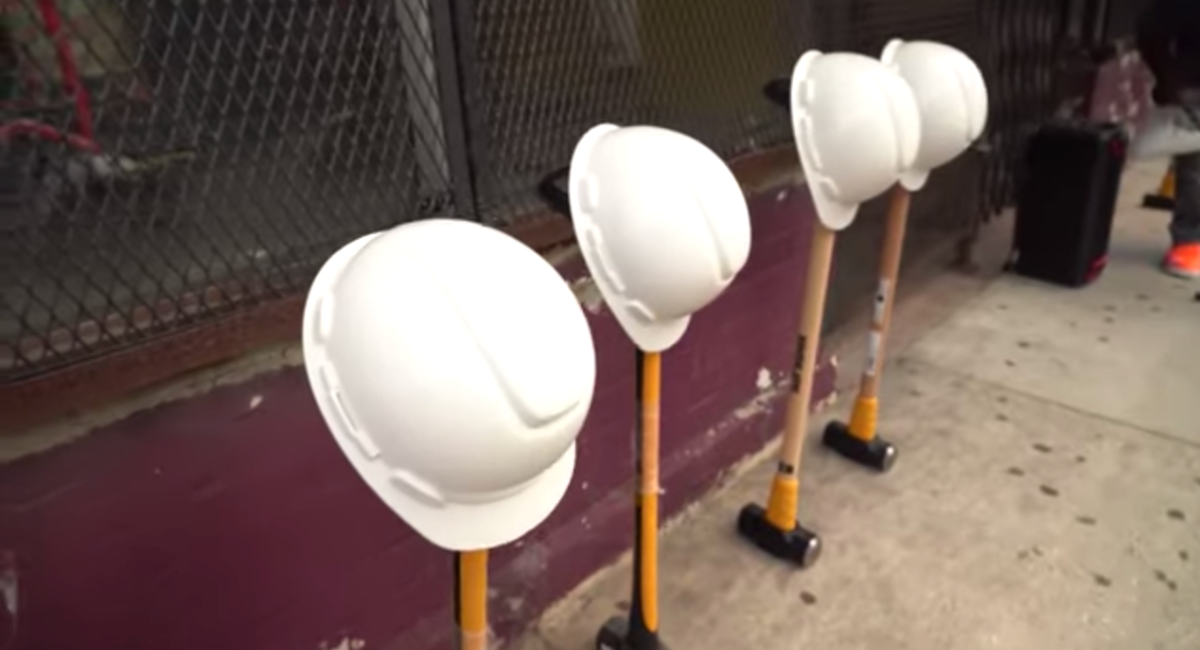 I found my regular pair of glasses on the windowsill next to my bed. But I really liked the feel my backup pair brought to my face. I’ll roll with these for the time being.

•   You gotta love seeing the Bears put in work to better their community:

•   Led by ex-Bears linebacker Sam Acho, a group of notable faces including NFL Commissioner Roger Goodell, Chicago Mayor Lori Lightfoot, Bears GM Ryan Pace, quarterback Mitchell Trubisky, and offensive lineman Charles Leno Jr. were among those who put in work to turn a liquor store in a food desert located in Chicago’s Austin neighborhood into a much-needed grocery store. Good things can happen when people who have power and clout work together to help those who don’t have the things they need.

•   Nothing like starting Bullets with a positive note. Onto some less important things, some of which are a mild annoyance as a football fan.

•   Wait … Allen Robinson needs to be more consistent? The guy who led the team in targets (154), catches (98), receiving yards (1,147), and touchdowns (7) needs to be more consistent? C’mon man. This is what happens when you overthink your answer. You say things that would make sense to anyone who doesn’t know any better, but not to anyone who spent any significant amount of time watching Bears football the last two years.

•   Listing all the bigger questions than Robinson would take way too much time. Just know that Chicago’s most important problems that need solving start at quarterback, the offensive line, the running game, and the scheme that will ultimately pieced together by the head coach, a new offensive coordinator, and a handful of new offensive assistants.

•   Kristopher Knox of Bleacher Report runs down the player each NFL team can’t afford to lose in the offseason. As expected, Robinson is that dude for the Bears. Robinson isn’t just the Bears best and most accomplished pass-catcher, he is the one who the offense leans on in hard times. I lost count of how many times Robinson had to bail out the offense when the going gets tough. It was almost as if Trubisky’s reads could have been best described as “if your first option isn’t there, find No. 12.” And while I can’t blame Trubisky for wanting to get the ball to his best guy, the lack of balance and inability to successfully process defenses hindered the Bears offense. Robinson shouldn’t merely be a crutch for Chicago’s passing game, but he often is just that — hence, the Bears can’t afford to lose him.

•   So how are we coming along with that extension, guys?

•   Mitchell Trubisky has a career 106.3 passer rating in five games against the Detroit Lions. So it’s not as if Darius Slay was putting operation shut-down on the Bears. But also, one of Trubisky’s worst performances came against Detroit in 2017. The Week 15 game represented Trubisky’s first 300-yard passing performance, but he averaged just 6.83 yards per passing attempt and also threw three interceptions. John Fox said it was the best game Trubisky had played all year (because, of course he did).

•   A familiar name will be wearing some familiar colors when he takes the step into the college football realm:

•   The Bulls were very much NOT a player-first organization during this time:

•   In a surprise no one expected – or even wanted – MLB released its schedule for 2021. You can check out the Cubs’ slate of opponents here. I wish I understood the reasoning as to why MLB released a schedule for 2021 when there is plenty of uncertainty if this season will get off the ground as planned. Additionally, I wish I understood the rush to release the schedule now. I thought the powers that be at MLB would have taken the down time that has come while living in a  shut down sports world during a pandemic to re-assess their schedule-making. Perhaps take a page out of the NFL’s book and create a made-for-TV schedule release. Maybe come up with a schedule that conjures up rivalries. But I guess that’s not something baseball is interested in. I’m disappointed.

•   META (via Brett): You may have noticed the BetRivers Illinois post on the site, and yes, we are going to be periodically offering up sports gambling content now that it’s legal in Illinois and some of the other states where are readers do their thing. It’s such a huge part of the sports landscape (and it’s only going to get more intimately intertwined with the sports, themselves, as you’re gonna see in the coming years) that we want to make sure we aren’t left in the dust. Plus, let’s be quite clear and honest: there are affiliate revenue opportunities for us if we helpfully point people in the right direction, and given the state of things, that’s not something we can afford to miss out on. So, hopefully you find the stuff we put out useful – thanks to Kyle Scott for his assist this morning, since we’re newbs – or easily ignored if it’s not your thing. As always, and especially right now, we appreciate your support.

I’m Not Mad About (the Bears) Grades, I’m Just Disappointed … and Other Bears Bullets