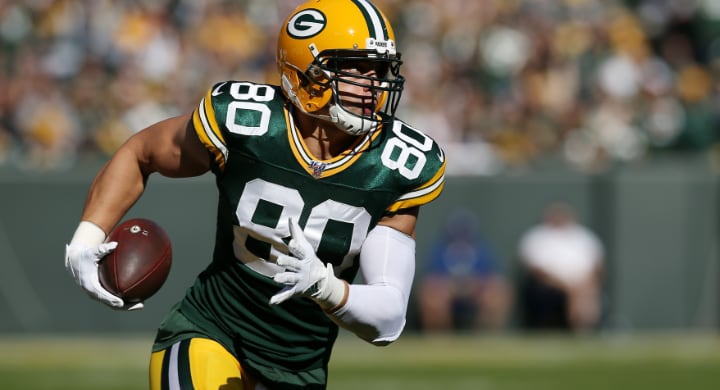 An offseason that brought a new Collective Bargaining Agreement, waves of changes and player-movement, and saw players, teams, and league’s commissioner speak up on (and in some cases, pledge gobs of money toward) societal change is coming to an end with training camps set to open up in a few weeks.

So as we gear up for football season, what better time than to check out The Athletic’s latest, which shares responses from the site’s second agent survey:

My 2nd NFL agent survey is out. Supersized and candid. 20 questions for 30 agents.

* Biggest BS told this offseason
* GM they trust the most (and least)
* Mahomes deal
* 2020 season reality
* If Kaepernick plays in the NFL
* On Brady, McCaffrey, Jerryhttps://t.co/qZQ9bGPsF5

This was a great read, with plenty of thoughts on the COVID-19 pandemic, Colin Kaepernick and the possibilities of him playing (or following a larger, more important calling), Roger Goodell’s honesty, and more. You should check it out in full. But in the meantime, I’ve clipped some highlights and shared my own thoughts. Enjoy!

•   The Jimmy Graham signing did not garner rave reviews. “Did they watch his tape? That was a shocking contract to me,” an agent offered up anonymously as part of the survey. “There’s no way anybody else would’ve offered him that kind of money.”

That’s not what you want to read as a Bears fan. Graham signed a two-year deal that included $9 million in guarantees and a no-trade clause. That Graham is coming off two down years in Green Bay in which he failed to build a strong connection with Aaron Rodgers and looked like a player whose skills had diminished as he entered his mid-30s isn’t encouraging. Hence, the agent’s lambasting of the move. But for what it’s worth, there’s one way the Bears can scheme their way into getting the most out of Graham while in Chicago.

(Michael: My bigger concern here is not the Bears betting on Graham bouncing back or fitting better in Chicago, but rather paying him more than they needed to in order to sign him. If no one else was close, they overpaid – not because of expected value, but because of market conditions).

•   The Packers had one of the worst offseasons. “They didn’t address their needs in the draft,” said an agent as part of this review. One agent did believe that quarterback Jordan Love was worth a first-round pick, but the Packers may have been duped into trading up to draft him because they believed the Colts wanted to do so.

Overall, Green Bay had one of the most surprising drafts. Instead of using premium picks to build around Aaron Rodgers, they used their first two picks to select his backup, a reserve running back behind Aaron Jones, and another tight end behind Jace Sternberger.

Also worth pointing out that the Bears have seven games against five teams who picked up the most votes for having the worst offseason. The Texans (11 votes) led the pack, but the Jaguars (2), Packers (2), Lions, and Rams also made the cut. Ideally, the Bears would take advantage of this and pick up some much-needed wins.

•   The COVID-19 effect is real and wide. There are many aspects of football that the COVID-19 pandemic is touching. One agent mentioned that they have talked to “a number of top-tier prospects” who are considering skipping this season to enter the draft. Another noted that he couldn’t get a client a tryout because “the league is closed.” Another talked about the league’s social distancing measures as not being realistic for football players at camp. There are a ton of coronavirus-related takes in this piece. Some are measured. Others are bold. But they reach different parts of the spectrum.

•   Agents chime in on societal matters. Reactions to current events are a focal point of the survey, but it would be impossible for me to properly address them all. However, one quote felt especially worthy of being shared: “I’m not a big, emotional response person, but I hope (change occurs) because (Colin) Kaepernick was high back then. People before Kaepernick were right. There has to be some accountability from law enforcement and how they police people of color. Now, the interesting thing with the NFL is that the biggest names, the (Robert) Krafts, Jerry Jones, are absolutely silent on the issue. If they’re silent, you wonder from an NFL standpoint, are they just gonna ride it out because at some point it will dissipate or do they really not care?”

With George McCaskey speaking up and pushing to work with players (past and present) publicly in the fight for societal justice, I hadn’t really thought about how Jones or Kraft, as the most well-known owners in the game, weren’t on the front lines with players fighting for societal change. Now that it’s on my mind, I wonder how deep the buy-in is around the league, or if this is just something being done to save face.

Again, there is A TON of stuff in the survey, so I would encourage you to give it a full read over at The Athletic.