Mitchell Trubisky Has a Turnover Problem Skip to content 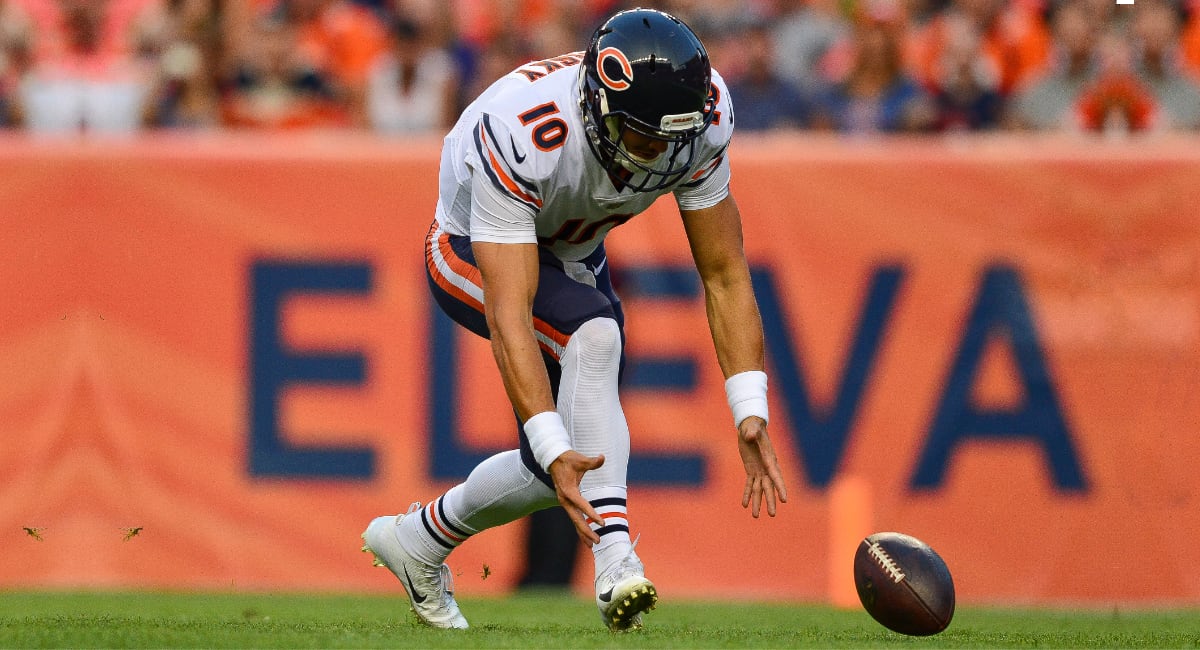 In order to unleash the full potential of Matt Nagy’s offense, the Chicago Bears need to get better play from the winner of the battle between Mitchell Trubisky and Nick Foles.

If that player happens to be Trubisky, there is one as part of his game that needs serious clean-up along the way:

Here’s the breakdown of Trubisky’s touchdowns-to-turnovers in eight games against playoff teams (including his performance against the Eagles in the 2018 wild-card round):

Add it all up and it’s 8 total touchdowns, 10 interceptions, and 11 total turnovers. And to think, that turnover number could have been worse had two of the fumbles Trubisky lost not been recovered by his team.

Dan Orlovsky has a point when it comes to paying QBs for their performance on the brightest stage. But the more important point regarding Trubisky is that there is a level of competence he has yet to show against championship contenders. And if he doesn’t straighten it out against those teams, then Trubisky will soon see his future in the NFL being murky. Look no further than Jameis Winston, whose turnover problems were likely a major reason as to why he had to settle for a one-year “prove it” deal to sit behind Drew Brees in New Orleans.

Maybe Trubisky’s turnover problem gets cleaned up with better footwork, extensive film study, additional workout time with his teammates, or working with the renowned QB guru who tutored Patrick Mahomes. But no matter how it happens, Trubisky needs to know that it must improve. Otherwise, he (and the Bears) could be faced with bigger problems.

On the other side of the coin, here’s how Nick Foles fared in six games against playoff teams the last two seasons:

I don’t want to pull too much from this relatively small data set, but it’s worth noting the importance of ball security. Because while neither of the Bears’ quarterbacks are elite, neither needs play like they are having an out-of-body experience to guide the Bears to a winning season.

Admittedly, I’m guilty of overthinking things from time to time. Which now has me thinking that maybe the winner of the QB derby isn’t the one who looks the best or has the flashiest throws. Perhaps whomever emerges as QB1 this summer will be the quarterback who makes the least mistakes. And what better way to prove it than against a defense that has ranked in the top-10 in scoring and yardage in each of the last three years.