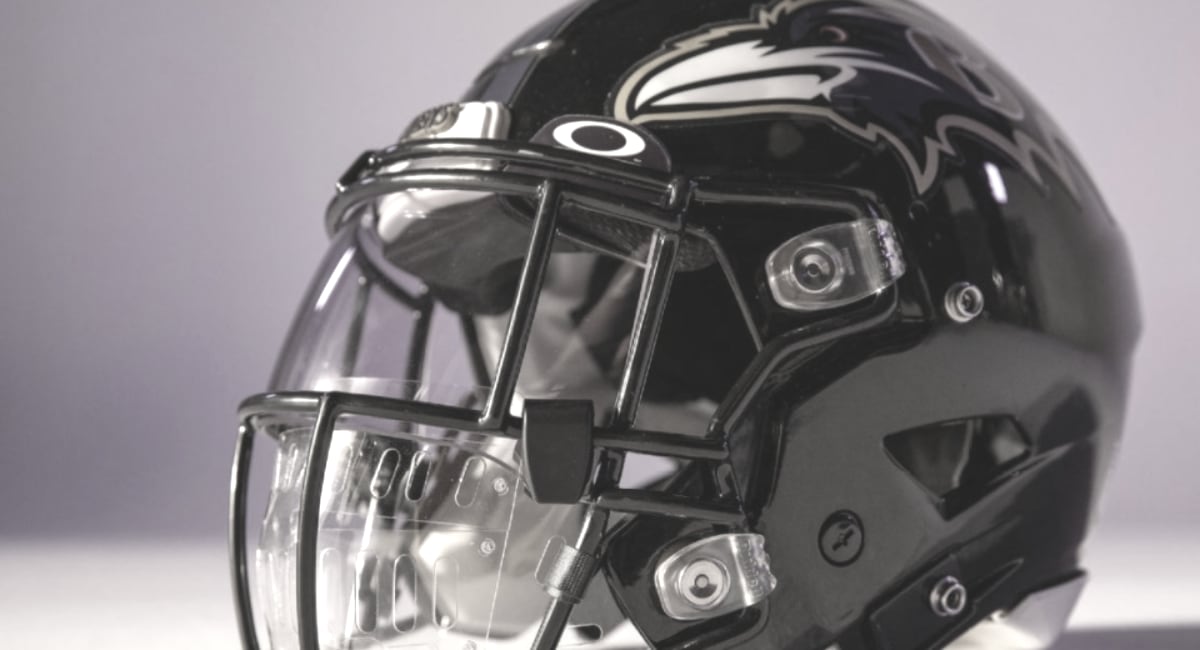 Having done meditation via the Headspace app in 69 of the last 70 days feels good. However, that one day I didn’t participate still sticks in my craw. I broke my routine, had a bad day, and still nags me even though I’m weeks removed from it. Overall, meditation has been a good experience and I would encourage anyone and everyone to give it a try for themselves.

•   I admire people’s creativity when times get tough:

The NFL has unveiled a mouth shield to combat the coronavirus.

Currently, there is no mandate to wear the new product, but the NFL's medical experts are advocating for the use of the protective equipment. https://t.co/WFM1b5jnRd

•   Playing football during the time of a pandemic is going to have its challenges. But with challenges come opportunities to take an idea to another level. Creating a football helmet that comes with a mouth shield that is intended to fight the spread of COVID-19 is a remarkable idea. And while use of the mouth shield isn’t mandated, the mere idea is worthy of a tip of the cap.

•   Off the field, there are other things COVID-19 is impacting:

The talk of draft eligible players sitting out the season is real. Hearing it on a daily basis from agents. https://t.co/0InYBd570i

•   It’s worth noting that this was something that popped up among agents in The Athletic’s NFL survey we discussed earlier in the week. Seeing a number of high-profile, top-tier prospects opt out of their junior or senior seasons wouldn’t come as a surprise. And if the college football season gets kicked to the spring, I doubt we’ll see players opt-in rather than go through the Scouting Combine and other parts of the pre-draft process.

•   Locally, one athletic director sees kicking the can down the road as a viable option:

“Maybe the curve will flatten. Maybe the pandemic would slow up."

But in the last 3-4 weeks, he said he's come to a conclusion: College football needs to “punt” its season to the spring.@sryantribune's story.https://t.co/gEfEkYRgpx

•   A spring football season isn’t the worst idea. Sure, it might lack some of the top-end star power fans have come to enjoy. HOWEVER, if player safety is as important as some in the NCAA make it out to be, then moving football to the spring is the right move. And it could be an opportunity to showcase freshmen and sophomores who project to be stars when (if?) the 2021 schedule gets played as normal

•   As for the professionals … the Bears are back, baby:

•   Do the math. The 11th best team in Madden kinda makes the Bears a playoff team. I’m here for it. That 79 offensive rating feels right, especially if you consider the quarterback position, the lack of depth at running back, question-marks at receiver, and a tight end position that is relying on a bounce-back year from a post-prime Jimmy Graham and a spark from rookie Cole Kmet. And I haven’t even discussed the offensive line yet.

•   And while that 85 rating for the defense is solid, what’s a group gotta do to get into the 90s? Is three consecutive years ranking in the top-10 in scoring and yardage not enough? C’mon, Madden!

•   Speaking of Madden, Allen Robinson has an idea of where Khalil Mack should rank:

•   I have my biases, but I tend to agree with Robinson — who deserves a 99 rating of his own (if only for his Twitter game).

•   We’ll have more on Jaylon Johnson later today. In the meantime, he’s getting some love from the Madden folks:

The rookie CB ratings have been unleashed by @EAMaddenNFL:

•   Third highest-rated rookie cornerback isn’t bad. Unrelated to his Madden rating, but it’s wroth pointing out that the Bears got a steal in getting him in the second round with a top-50 overall pick.

•   Fanatics is running a series of timed deals today, and the earlier deals are the better ones. So check it out.

•   It looks like playing on the Franchise tag would pay Dak Prescott quite nicely:

Dak Prescott would become just the third quarterback to ever play out a season on the franchise tag (Brees, Cousins 2x).

•   Elsewhere in the tag world:

In a difficult year for franchise tagged players with so much economic uncertainty, here is another that’s expected to play on the 1-year tag: #Chargers TE Hunter Henry. He’s already signed his tag, he’s in for 2020 and a big part of LAC’s present and future. But no extension.

Titans and Derrick Henry are not expected to reach a long-term deal by Wednesday deadline for franchise players, per source. Henry is scheduled to make $10.27M this season and become a free agent in off-season.

Any franchise deals by Wednesday will be an exception, not the rule.