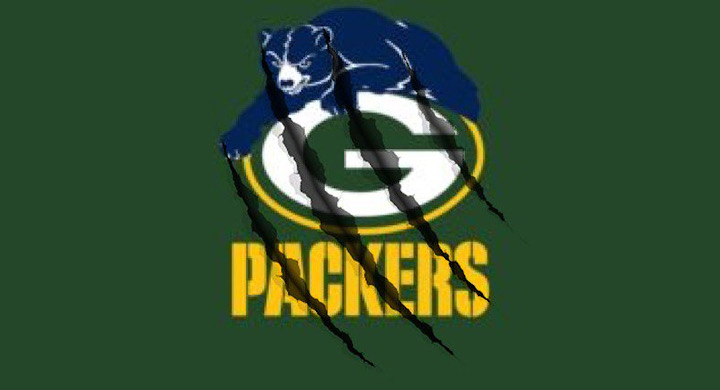 At the suggestion of a new friend, I finally got around to watching “The League” on Hulu. Yeah, I didn’t get to it until five years after it ended. And it took me just about a month. But I finally finished. And isn’t that what matters most? Some moments aged better than others, however, I felt plenty of nostalgic feelings remembering fantasy teams of yesteryear.

•   Khalil Mack was part of the 99 club last year, so seeing his rating slip to 97 stings. Then again, he can add this to the list of things to fuel his fire this season (as if he needs any more). Eddie Jackson and Allen Robinson are on the cusp of getting the prestigious honor of being ranked in the 90s, but weren’t able to break through. Assuming there is a season and Madden provides updates, I imagine both will get there. Roquan Smith at 83 seems a bit high, while Robert Quinn at 82 seems low. Jaylon Johnson as the top-ranked rookie? I can see it!

•   Mitchell Trubisky and Nick Foles do not make appearances among the 10 highest-rated players on the Bears in 2020. I suppose the summertime QB competition will decide who deserves the better rating (in addition to which quarterback gets dibs on leading the Bears to the promised land).

•   As a point of comparison, here are last year’s ratings:

•   Khalil Mack, Eddie Jackson, and Kyle Fuller each took steps back in their Madden ratings despite making Pro Bowls in each of the last two years. Charles Leno Jr. went from an 83 rating after being a Pro Bowler in 2018 to 81 after a woeful 2019 season. Perhaps the folks at Madden are buying my theory that the offensive line isn’t as bad as you might think. I can’t believe Trey Burton was ranked as high as he was (or that he was rated better than Allen Robinson). Taylor Gabriel went from an 82 rating to not being in the league.

•   An eye-opening read from Andrew Dannehy of Da Bears Blog, who opens the door as to how Chicago’s newest coaches can help Matt Nagy put up points against a Packers defense it has been unable to crack since the team hired Mike Pettine to replace Dom Capers as defensive coordinator. All things being equal: Putting new eyes on old problems often does wonders when it comes to fixing things. But adding coaches who have seen success against a system that has puzzled past staffs takes it to another level.

•   The deadline for Franchise tagged players to get extensions has passed, and the following standouts will be playing on one-year contracts worth:

•   ESPN’s Adam Schefter also notes the 12 players scheduled to play on the tag represent the most for one season since it came into existence in 1993.

•   Can you beat Nate Burleson’s team?

•   My team of players who weren’t selected in the exercise above: Russell Wilson, Alvin Kamara, DeAndre Hopkins, Myles Garrett, and Eddie Jackson. I’ve got a quarterback who is elusive and can throw it down the field, a dual threat running back, a receiver who can catch all the jump balls, a defensive lineman who I think is fast enough to go sideline to sideline, and  a defensive back who picks off all the passes. Good luck stopping us!

•   This situation in Washington has been bizarre to follow:

I have Davante Adams as the WR1 overall in fantasy football this year. The unique confluence of events it took for Michael Thomas to have the crazy season he did in 2019 are present for Adams now. https://t.co/rEDuOzbM8p

•   For those who aren’t familiar with Kenny Stills’ off-the-field contributions, he was among those who kneeled in protest of police brutality in 2016, led the movement to get every Dolphins player registered to vote in 2017, and started a mental health foundation. As Cameron Wolfe of The Undefeated wrote in January 2019, Stills’ activism isn’t for show.

•   College football will need to get creative in order to have a season in 2020: