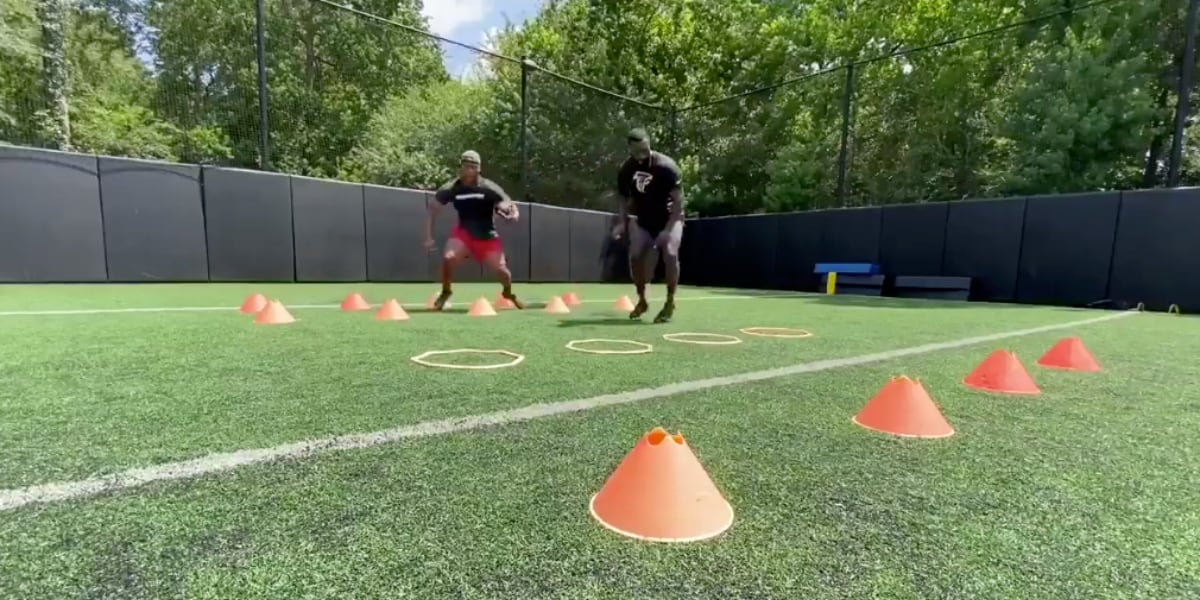 So while I’ll fall short of publicly referring to Riddick as a Nagy mouthpiece, I would venture to say he is an extension of Bears head coach because of their history together. That is to say, if Riddick says something about the Bears that makes your ears perk up, it’s probably worth jotting down.

And in a recent appearance on the Waddle and Silvy Show on ESPN 1000, Riddick dropped a handful of haymakers that grabbed my attention. Let’s talk about some of them.

A BOLD PREDICTION AT QB1

The quarterback competition between Mitchell Trubisky and Nick Foles is going to be the story of training camp. That is, of course, if training camp happens. And while a summer without camp might lend itself to the Bears starting Trubisky, Riddick doesn’t necessarily see it that way.

When discussing the offense’s upside, Riddick offered this: “Let’s not discount how good Allen Robinson is and will still be going forward, because I think there is going to be a different player pulling the trigger at quarterback.”

That’s a not-at-all-veiled message that Riddick believes Foles – not Trubisky – will be the Bears’ starter. Riddick would later double down, saying: “I would be shocked if he is not the starting quarterback of the Chicago Bears, that being Nick Foles. I’ll also be shocked if him and Allen Robinson don’t have an instant connection right out of the gate and that Allen doesn’t have one of the best years of his career.”

Riddick didn’t explicitly rule out Trubisky winning the gig. However, his assessment of the situation is clear.

A CHANGE IN OFFENSIVE PHILOSOPHY?

Are the Bears preparing to change their offensive scheme? That’s the question I asked on May 5 while thinking about the state of the Bears. Breaking down how the team went about the offseason, analyzing personnel, and considering newcomers (both players and coaches alike) led me to imagine the Bears with a new offensive identity. Specifically, one that used “12” personnel (1 RB, 2 TE) to improve the running game, add pass protection, and create balance.

Riddick predict that specific change, but hinted at a different identity being on the horizon.

“They are going to be a very resourceful, much more physical running football team this year. And that’s going to start with Juan Castillo. … They made a lot of smart moves as far as trying to correct the things they didn’t do well last year by bringing certain people in here who have familiarity with one another on the coaching staff.”

A more physical running team, eh? I don’t hate the sound of that.

Riddick added “there’s going to be a marked difference in terms of the way that team comes off the ball running the football” with a new offensive line coach and  running back David Montgomery entering his second year.

Hey, let’s check in on Montgomery:

Get this man the dang ball, please!

ICYMI: The Bears are angry.

And if you did miss it, check out messages from the general manger, head coach, quarterback, and top offensive lineman from this offseason.

“This team is ticked off because they hear it, too. People don’t have a whole lot to do right now besides refresh Twitter and Instagram and watch TV. That’s all people are doing, so the players are doing the same thing. You haven’t seen guys this active  on social media in forever. They’re hearing all this crap. And if things line up right, and we play this whole season, the Bears are going to smack some people around.”

There is ample optimism in the interview with Riddick, which you can listen to here in its entirety. No, it’s not enough to outweigh noted concerns at quarterback, receiver, offensive line, and elsewhere. And it’s certainly not enough to silence critics whose opinions might be viewed as overly negative. But it’s enough to get the good vibes rolling around these parts.

If only we had a better idea if the football season was actually happening …,