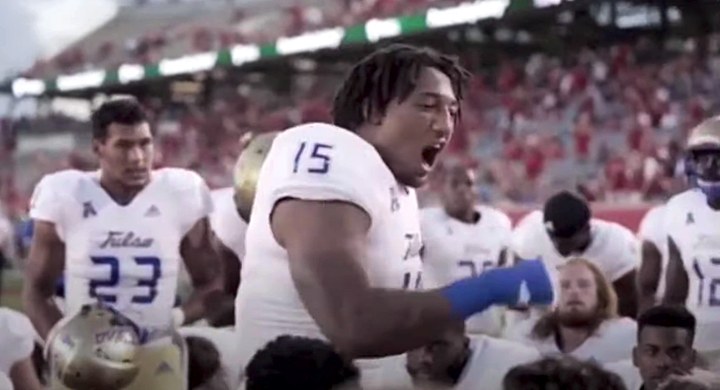 Learning a new system is among a rookie’s biggest challenges, but Trevis Gipson is up to the task.

Gipson was asked about the best advice he has received so far during his appearance on the Chicago Bears’ “Meet The Rookies” video series. And judging by his response, it sounds as if he is making it a priority to use some of Matt Nagy’s most oft-issued advice.

“People I’ve talked to have said the faster you know the playbook, the faster you’ll be able to play,” Gipson explained. “So less time that I have to spend thinking, the more time playing.”

Gipson’s perspective is something Nagy tends to drive home early and often to his players. We’ve heard players on the offensive side of things, for instance, Mitchell Trubisky, reference playing fast and not thinking. However, it can also apply to defensive players. Read, react, then hit. The sooner Gipson can pick up the playbook, the sooner he can get out and deliver the hit stick.

You can check out Gipson’s episode of “Meet The Rookies” in the video embedded below:

Gipson has ample reason to absorb as much information as possible, as soon as he can.

First, he gets to work with Khalil Mack and Robert Quinn. Or in other words, he gets to learn from two of the best without rushing into being an impact player. Secondly, getting up to speed could allow Gipson to push for playing time in the battle of reserves. Among those ahead of him on the depth chart are Isaiah Irving, James Vaughters, and Devante Bond.

If that wasn’t enough, picking up the defense and earning playing time could help Gipson continue to exceed expectations. And for someone still motivated by getting just one Division I offer as a high schooler, this would be quite the accomplishment.