Trubisky's Clincher, Robinson as the X-Factor, The Washington Report is Out, and Other Bears Bullets Skip to content 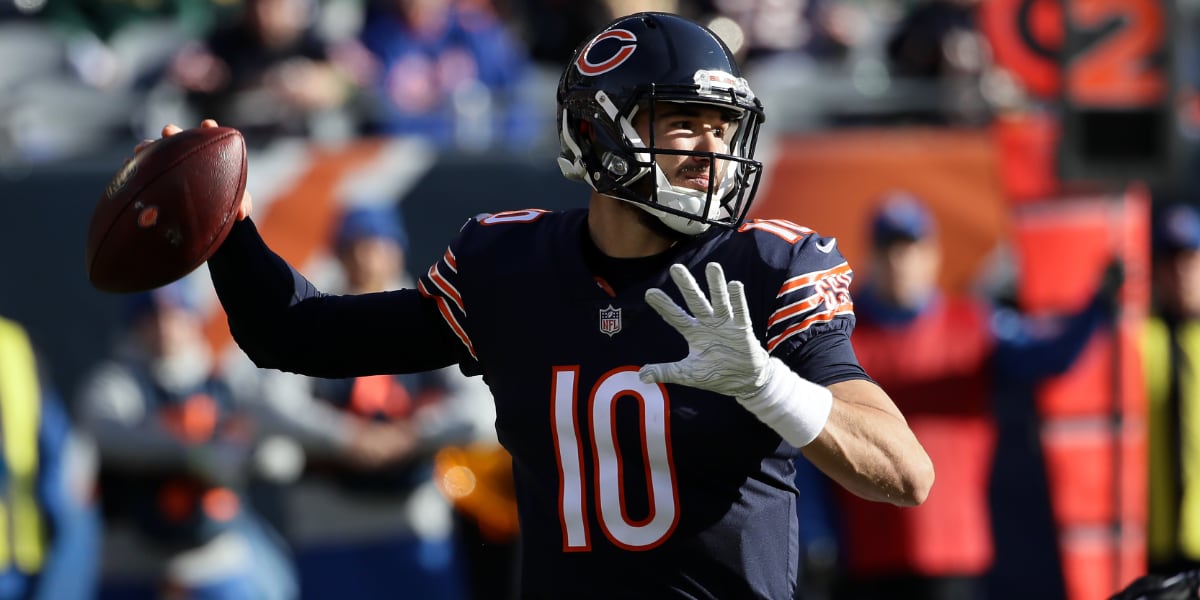 Earlier this year, I had a goal to make a nice Sunday dinner every week. Unfortunately, that’s not how things played out for me. But this mouth-watering recipe from my friend Jim has inspired me to do something awesome with the pork tenderloin that is currently chilling in my freezer.

•   The highly anticipated Washington Post story reporting on the happenings within the organization of the Washington D.C. NFL franchise dropped yesterday:

•   Horrifying experiences from within Washington’s organization. Also horrifying to know that this is pervasive, and certainly not limited to Washington. Respect and care to the women who shared their experience. Hopefully, it helps continue much needed change in sports.

•   There is no smooth transition from that to the rest of Bullets, but here goes nothing: Jeff Hughes (Da Bears Blog) wrote three haikus about Robert Quinn. As a long-time poetry enthusiast – and someone who was oh-so-close to a creative writing minor with a specialization in poetry while in college – this hits the soul in the right place for me.

•   Head up. Throwing with authority, as if he knows where he wants to go and what he wants to do with the ball. There is something about a quarterback who throws with conviction. And, yeah, Trey Burton is wiiiiiide open. But credit (1) Matt Nagy’s play call, (2) the design and route concept, (3) Burton’s route-running to drive the safety into a spot to where he was too late to make a break on the ball, and (4) Trubisky for seeing the obvious throw to make and making it happen. No, we’re not throwing a parade for Trubisky doing the smart/right/easy thing. But after seeing as many missed open receivers as we did in 2019, I’m going to find a way to appreciate the connections that were made when possible.

•   Even play-by-play guy Chris Myers was impressed with the throw.

•   I see that play, route, and throw, and think to myself: “That’s exactly how the Bears should use Jimmy Graham in 2020.” Of course, that means getting to the red zone often enough to make him valuable.

•   If Trubisky has a bounce-back season in 2020, it will be partly due to the weapons around him making big plays. Matthew Berry’s list of top-100 fantasy players for PPR leagues is out at ESPN, and to no surprise, Allen Robinson is the highest-ranked Bears player. Robinson checks in at 24th overall and checks in as Berry’s ninth-ranked wide receiver. Trubisky frequently targets Robinson early, often, and throughout games. So if Trubisky’s earns the QB1 spot, figure Robinson to reprise his role as a high-volume target once again.

•   Also making the cut is David Montgomery, who ranks 66th overall. Could a philosophy change help Montgomery earn that spot in the top-100? Only time will tell.

#Madden21 Superstar and X-Factor abilities for the #Bears per @Maddenschool —

•   Get this man an extension already!

I am old enough to remember a simpler time when the Bears' search for a kicker was a top-tier focus for just about everyone.

•   Happy birthday to Jeff Joniak, the radio play-by-play voice of the Bears:

•   This Inside The Bears rewind takes us inside Matt Forte’s training program, which looks intense:

New podcast alert! We talked to @TheSamAcho about his new book, involvement in the community and more. PLUS, we begin our #Bears training camp preview with the offense. Give it a listen here:https://t.co/pEjzoxNXGk

This man is a stud. pic.twitter.com/ErYZLBTjtt

•   Fancy toothbrushes, kids clothes, and almonds are among your Deals of the Day at Amazon today. #ad