At Least Madden NFL '21 Has Love for the Bears, Who Rank Better than the Packers, Vikings, and Lions!
Search
Skip to content 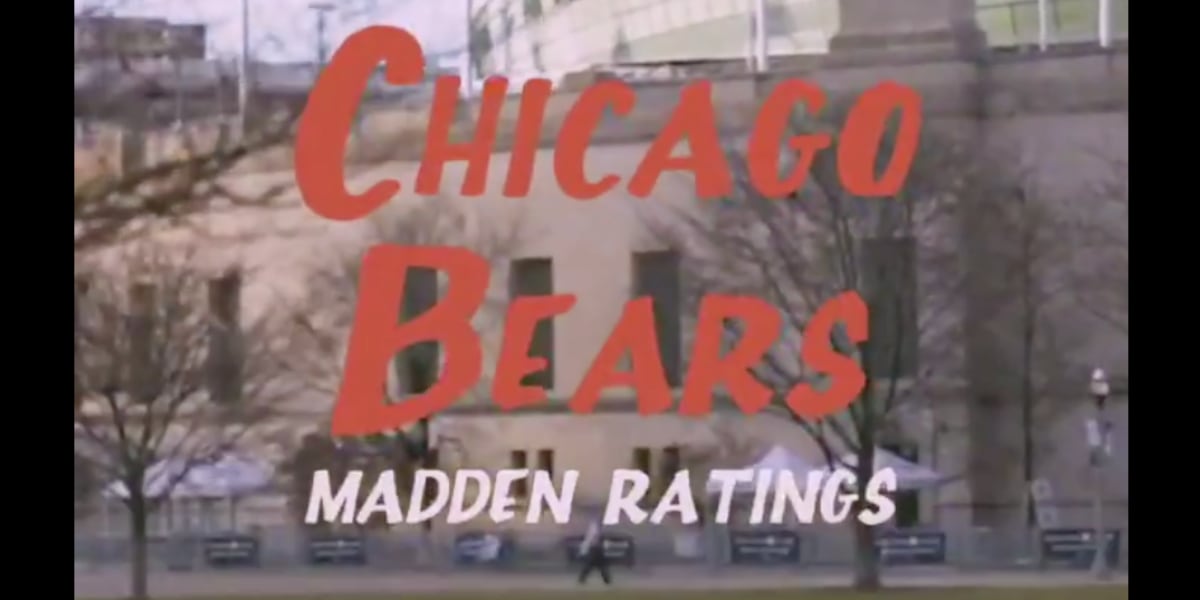 Madden NFL ’21 is coming soon. And unlike a vocal part of the football analysis community, the band of video game creators have some love for the Chicago Bears ahead of this season.

With the game’s release on the horizon, the Bears shared some of their top-rated players:

And with the help of a Madden-obsessed website, the gang at NBC Sports Chicago shared some other important Bears-related rankings. The most important of which is that Chicago’s football team is the highest-rated team in the NFC North.

The Bears are the 11th best team in Madden ’21. That’s cool and all, but let’s put it in perspective. It means they are better than the defending-champion Packers (14th), a Vikings team (20th) that came off a playoff season a year ago, and the Lions (30th) who seem well-positioned to draft in the top-10 once again. Most importantly, Madden’s rankings envision them as a playoff team. And as the Madden tag line famously says: “If it’s in the game, it’s in the game.”

Let’s check out some notable ratings at positions where camp battles are set to take place, via EA Sports:

•   The QB derby won’t be decided in a Zoom meeting. But if it were up to Madden ’21, Mitchell Trubisky would get the nod. Trubisky’s 72 rating edges Nick Foles (71) by the slimmest of margins. Trubisky has the makings of a fun video game quarterback, with notable advantages  in speed, acceleration, strength, agility, throwing power, break-tackle ability, and stamina (among other places). However, it’s worth pointing out that Foles’ 74 awareness rating trumps Trubisky’s not-so-nice 69.

•   Another area I’d rush to upgrade would be at running back, where Ryan Nall has a 59 rating that is a far cry from David Montgomery (78) and Tarik Cohen (77).

•   The strong safety battle seems like an easy decision based on Madden ratings, as Tashaun Gipson‘s 78 bests Deon Bush (65) and Kentrell Brice (64).

•   Meanwhile, Jaylon Johnson‘s 73 rating suggests him to be the corner starting opposite of Kyle Fuller. Free agent Artie Burns sits behind the Utah rookie with a 70 rating, while Kevin Toliver II (66), Kindle Vildor (64), Xavier Crawford (64), Duke Shelley (63), and Stephen Denmark (61) round out the reserves at the position. Once the Bears get past Burns, there’s much to be desired from the backup CBs.

•   Say what you will about the Jimmy Graham signing, his addition represents the biggest upgrade compared to what the team had returning — at least by Madden’s ratings. Graham is a 78, which is respectable-ish. It’s also a clear tier higher than Adam Shaheen (68), Eric Saubert (67), Ben Braunecker (63), J.P. Holtz (63), and Jesper Horsted (62). I don’t want to think about where the Bears TEs would rank without Graham.

•   Speaking of free agent upgrades, Robert Quinn (82) has the edge over Leonard Floyd (77) in the pass-rush department..

As we noted in this morning’s Bullets, the NFL has a meeting scheduled for later this afternoon. Hopefully, it will be a productive one that features a safe way to go on with the 2020 football season. But I suppose, if all else fails, we can see it play out virtually in Madden NFL ’21. Especially since the Bears look to be worth playing with this season.