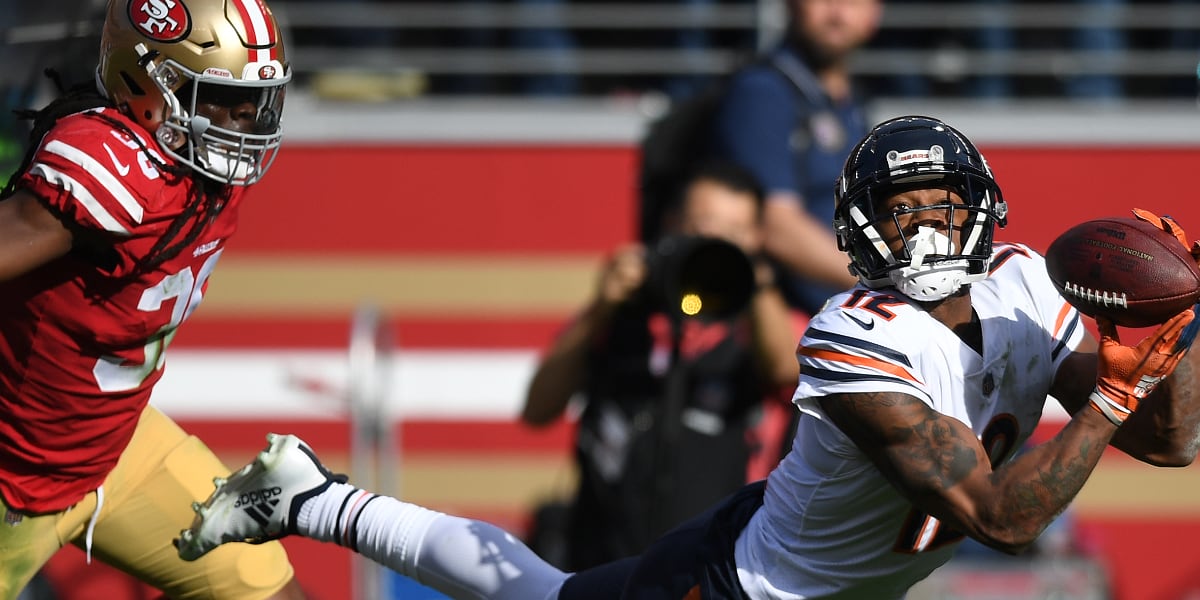 I missed dingers, rookies getting theirs, complaining about middle relievers, wondering why an offense goes dormant in the middle innings, fuming over one-pitch at bats with the bases loaded, asking who should (or shouldn’t) be playing center field, and all that other wonderful baseball stuff. Baseball is (kinda) back! Is it Friday yet?

•   Something big could be coming down the pipeline later today:

•   NFL owners had a meeting on Friday, in which player safety and financial issues were top topics discussed. But after a wave of notable players voiced their concerns on social media about playing in the midst of a pandemic, it only makes sense that the owners are set to get together today in an attempt to: “finalize health and safety measures, financial agreements, and reducing or eliminating preseason games.” There are big, big issues to work out. And because the NFL had months to learn how not to handle things while watching MLB go at it, I hope the two sides are close to finding resolutions. We’ll see what comes of this meeting later today.

•   Perhaps we’ll soon get some clarity regarding this reported proposal:

Under the NFL’s proposal, the one preseason game would be played in what normally is the third preseason week, the week of Aug. 27. That’d provide an extra week of preparation, though not the full 21 days of strength and conditioning players want.

•   The NFL already cut the preseason to two games. But the NFLPA’s preference is to play no preseason games. Now, according to a tweet from NFL Network insider Tom Pelissero, the league is trying to split the difference and meet in the middle. A proposal of one preseason game intrigues me to an extent. It would give owners what they seek (revenue), coaches an opportunity to evaluate players in a game situation, and players on the fringes of a roster a chance to make a case for a job. And even though I’m not sure a one-game preseason would get the green light from the NFLPA, it should get a conversation going.

•   This was the most fun I’ve had doing a podcast. JJ Stankevitz, Cam Ellis, and myself dive into all of your favorite Bears topics. Quarterback derby? Yep. Who we’d keep an eye on at camp? Definitely. References to The Simpsons? For sure. Which throwback Bears have meme potential? Oh yeah. Give it a listen!

•   Maurice Moton (Bleacher Report) highlights every team’s reason for optimism. For the Bears, it’s in a place you’d expect — but maybe not exactly who you might think. And for what it’s worth, I am also looking forward to seeing Robert Quinn in action.

•   Don’t get me wrong. Leonard Floyd was a perfectly cromulent edge defender. Floyd played the run well and was versatile to contribute in all facets of the game. But Floyd’s inability to take advantage of single coverage while Khalil Mack received extra attention limited the defense’s upside last season. Therefore, a move to improve that spot needed to be made. And while it probably hurt GM Ryan Pace to to cut a top-10 pick who was about to make to his fifth year with the team, doing the smart thing was the right move.

•   Based on what you’ve seen, how can you not concur with this sentiment:

How could let him walk? Hes like 60% of their passing offense and far and away their most talented receiver. Guy grabs everything https://t.co/YoSixqc92X

•   I hope the Bears bring these alternate uniforms back in 2020:

•   Hopefully, Bears Twitter won’t give the rookie a hard time for this one: