Getting to Know the 2020 Chicago Bears: Offensive Line Skip to content 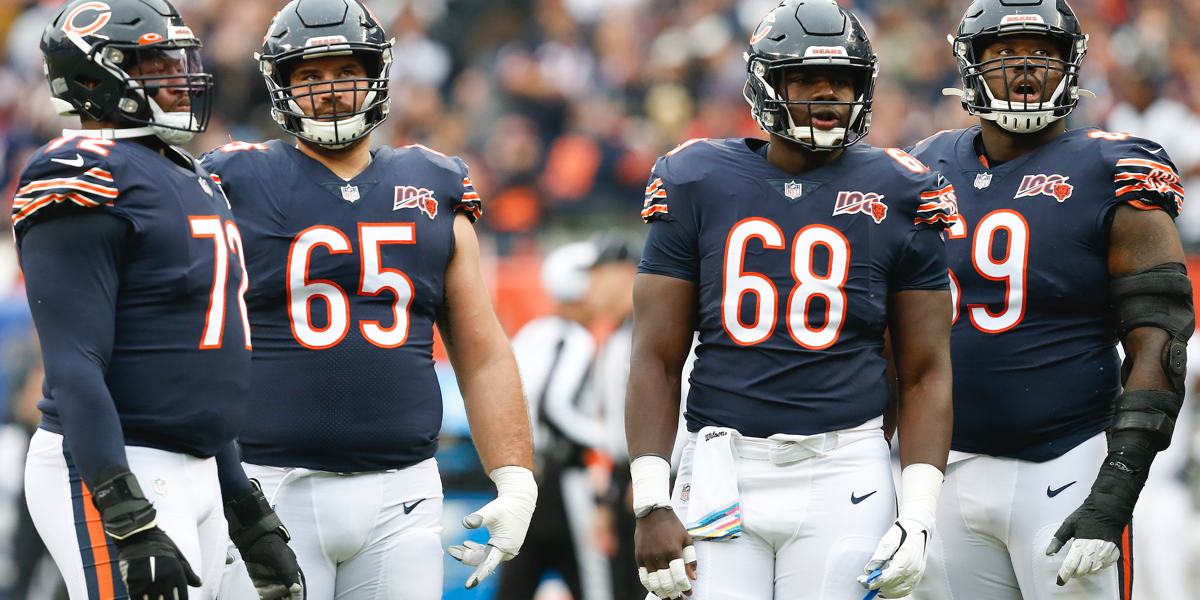 The battle at right guard features an incumbent (Rashaad Coward) who is a converted nose tackle who played right tackle against backups, reserves, and guys who aren’t even in the league any more during the last two preseasons. Coward’s competition (Germain Ifedi) is a converted right tackle and 2016 first-round pick who didn’t play to his expectations with the Seahawks. Neither is as good as Kyle Long was when he was at the peak of his powers, or even when he was effective when last fully healthy.

Ifedi went as far as to get help from a Hall of Fame offensive lineman this offseason. Coward has put in work, too.  Let the battle begin!

Moving Cody Whitehair and James Daniels back to their 2018 positions is such a win. After starting the 2019 season at the positions they were drafted to play, Daniels and Whitehair moved back to their 2018 spots — and graded out markedly better upon their return. Therefore, the idea of moving the two around the line in the future should be laid to rest.

After addressing the obvious, let’s touch upon an issue that is flying under the radar.

What will the Bears get out of Bobby Massie in 2019?

Massie established himself as a reliable, league average right tackle in his first few years with the Bears. It might not seem like much, but getting league average play at such an important position is worth oodles. Massie played well enough to earn an extension after the 2018 season, but the regression stick hit hard in 2019. Missing the last six games with an ankle injury doesn’t give Bears fans much to cling to as they search for a silver lining.

Behind Massie on the depth chart is Jason Spriggs, a 2016 second-round pick who flopped with the Packers. Beyond that are a number of unproven young players angling to make a roster. The lack of quality depth on the line makes me feel uneasy.

Chicago’s line was predicted to be one of football’s best at this time last year. And for what it’s wroth, the group has the makings of a top-10 unit. But there’s a rather large “but” in the way, which complicates things.

I don’t think the offensive line is a lost cause. And I would even go as far as to suggest it could be a strength if things fall in the right place. But as Olin Kreutz pointed out, there are problems that need to be solved before we get to that point. And with just one potential new starter on the line, it’s on a new position coach to get things back on track. No pressure, Juan Castillo!