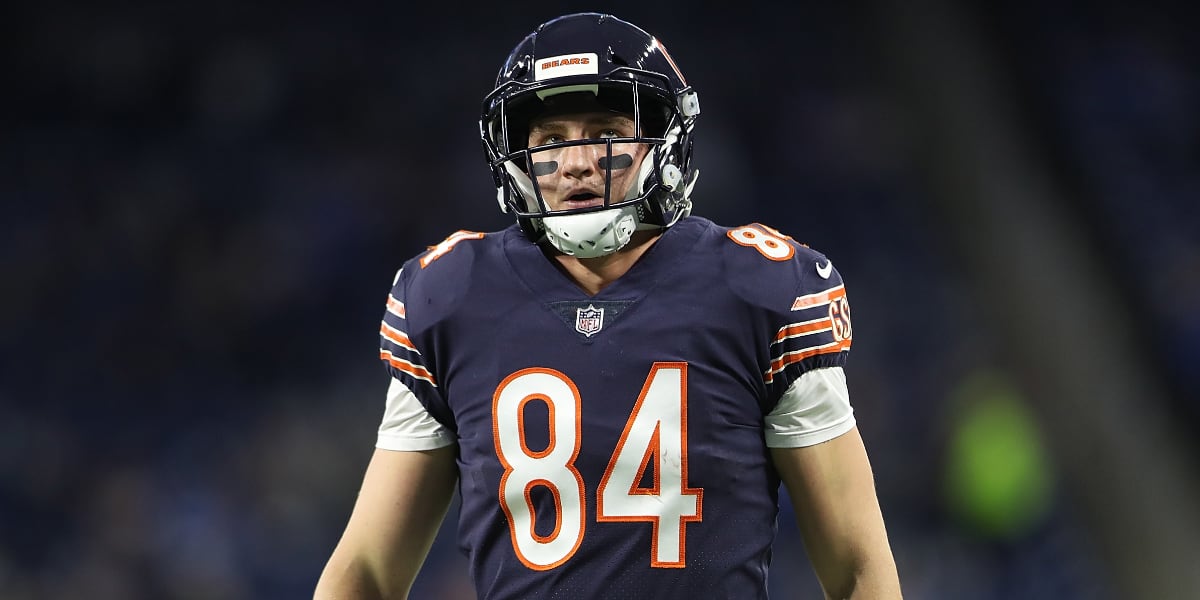 The Chicago Bears started the day with nine tight ends on their roster. And with the NFL angling to trim training camp rosters to 80 players, that particular position group figured to be a place where cuts could come.

And here’s the first:

We have released TE Ben Braunecker.

The team announced it has released Ben Braunceker in move that cuts the Bears’ preseason roster to 89 players and also creates a projected gain of $1.5 million in salary cap space.

Braunecker, 26, played 47 games in four seasons since signing as an undrafted free agent out of Harvard in 2016. In those games, he caught 13 passes, gained 142 receiving yards, and scored his first touchdown in 2019’s home win against the Lions. Braunecker made his mark mostly as a special teams contributor, but that touchdown grab against Detroit last year was a dandy. Last year, he was limited to just 11 games and ended the season on injured reserve because of a concussion sustained in a win against the Giants in November.

Cutting Braunecker leaves the Bears with the following tight ends on the active roster: Cole Kmet, Jimmy Graham, Demetrius Harris, Adam Shaheen, J.P. Holtz, Jesper Horsted, Eric Saubert, and Darion Clark. Plenty of bodies for what figures to be a stiff competition this summer. Although, I can imagine a scenario in which Braunecker isn’t the last tight end released from this group.