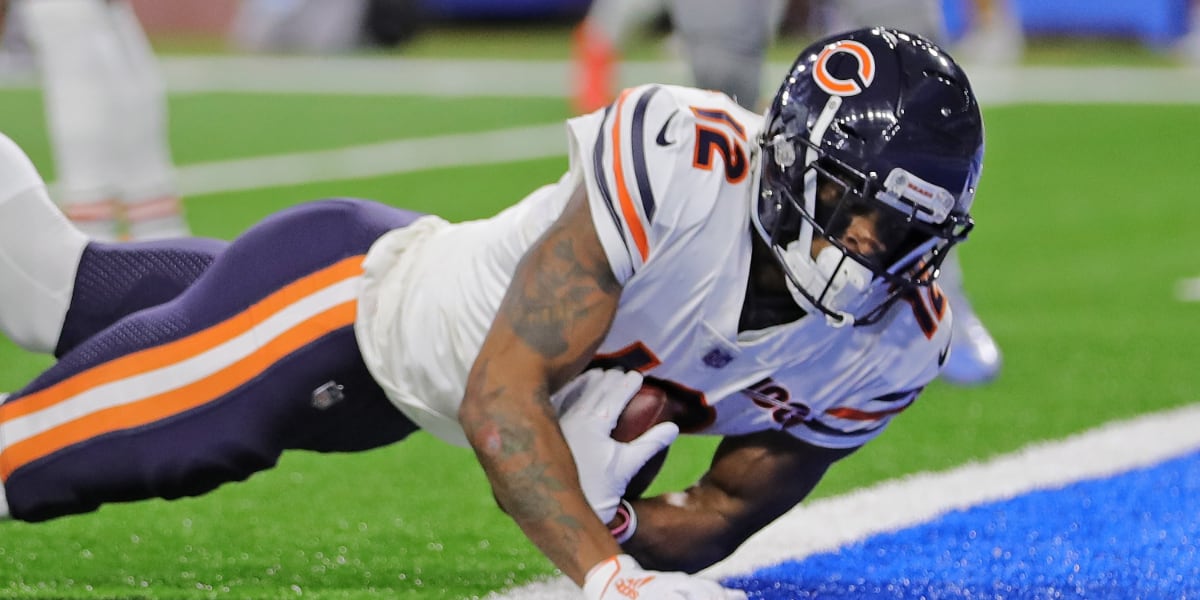 I’m high off the entertainment news and rumors that have dropped over the last few days. A Lando Calrissian series starring Donald Glover? I’m in. New Taylor Swift album? Sign me up.

•   Training camp opens in five days, so let’s allow optimism to reign throughout the land:

Maybe it’s my recent vacation talking, but you know what?

– Good defenses still make the playoffs often
– The playoffs also have been expanded.
– And a little more.

•   There is no denying the 2019 Bears were a disappointment. But think of it this way: We’re only disappointed because expectations were so high. Sure, we can talk about how the expectations for the franchise’s 100th season were outsized. And we can discuss how hope blinded us from reality. But there is nothing wrong with hope. Rebellions were built on hope. Optimism is good, too. It’s nice to attach yourself to something you can’t control and have big dreams when thinking about it. Open yourself to a new day of endless positive possibilities. Might as well do it now before reality sets in. C’mon … join me!

•   To be clear, I’m not saying everything is hunky dory in Chicago. The Bears have issues. Plenty of them. Enough to make me proceed with caution. But it’s not like this team is in bad shape for the 2020 season. We could endlessly debate the long-term future of this team and the ramifications of going all-in on a window with this much quarterback uncertainty, but let’s have that conversation another day.

•   For now, we can dream on what the Bears have right now. A defense that ranked in the top 10 in Football Outsiders’ DVOA rankings. A core of impact players – Khalil Mack, Eddie Jackson, Allen Robinson, among others – in the prime years of their respective careers. Young players – James Daniels, Roquan Smith, David Montgomery, Anthony Miller – who have tremendous upside and potential. More opportunities to make the postseason thanks to a new CBA that expanded the playoffs. A division that doesn’t feature a team that is expected to run away and hide with the crown. There is an opportunity for greatness. Seize it!

•   Also, I think Adam Jahns of The Athletic makes an outstanding point about how Head Coach Matt Nagy kept it together in 2019. I get it … Nagy has his flaws. They’re all right there for us to pick apart. But getting an 8-8 record from a team with that quarterback play, the notable injuries on defense (Akiem Hicks, Danny Trevathan, Roquan Smith), and regression across the board is a sign of a coach who knows how to keep the ship afloat. And as we (should have) learned from the Marc Trestman, that’s important.

•   Whether it’s reality, fantasy, or in a video game, one thing we know about the Bears is that the defense will be #GOOD:

•   Something more to be optimistic about? Let’s dream big on a potential connection between two first-year Bears:

I got Tyler Lockett vibes from Mooney during the pre-draft process, and the Tulane star did this at the combine pic.twitter.com/vBxiSiDGlJ

•   Darnell Mooney’s speed plus Nick Foles’ ability to get the ball into the hands of the playmakers down the field could make for some fun times. I’m bullish on Mooney’s upside, although I’ll admit I’m not convinced he will be an impact player upon arrival as a rookie. But I’m willing to eat crow if I’m wrong here.

"Winners" and "losers" from an unprecedented offseason?

I'd actually say one winner is Mitch Trubisky, who has worked out plenty with his #Bears teammates and refined his footwork too.

Let's discuss. The latest Hoge & Jahns with "The Fishman."https://t.co/9IA0nkOOD3

NEW POD! The great @CourtneyRCronin joined me to discuss the NFC North, including:

-Akiem Hicks love
-Zimmer's evolving scheme
-GB's run D is still an issue. Does it matter?
-Detroit could have the best offense in the division YEAH I SAID IT

.⁦@StaceyDales⁩ joined ⁦@tweetjhood⁩ for the “Summer of Football”. Will Trubisky be the starter in 2020 for the #Bears? Are rookie #NFL players ready to play with possibly 0 preseason games? And more.

•   The folks covering Tom Brady’s arrival in Tampa have been obsessive as heck:

At 8:30 a.m. ET, Tom Brady arrives for the first time at the #Bucs training facility. You can see him putting on a mask and going inside the testing trailer. pic.twitter.com/Mc3a6XDGg3

Breaking News: Tom Brady reports to #Bucs Training Camp. Brady undergoes Covid-19 test along with other QBs and rookies. This starts the clock on their return to the building. Players have to clear two tests before being allowed in the building-Sunday. @TomBrady @FOX13News pic.twitter.com/VeSenXmxI5

•   An update regarding Washington’s NFL franchise:

This is not a final renaming and rebranding for team; this is the name it wants to use until pending adoption of a new name in the future. pic.twitter.com/sBs0Uo0ICm

Washington will not have any change to its color scheme. It will still use burgundy and gold. The Redskins logo on the helmet will be replaced by the player’s number in gold. The Washington Football Team will debut its home uniforms in week 1 against the Eagles. pic.twitter.com/8DpC6b0Tyj

Washington No. 2 overall pick pass-rusher Chase Young has signed his 4-year, $34.56M contract with a $22.697M signing bonus, source said. He receives 100% of his signing bonuses up front. The highest pick yet to sign.

The Jets respond to the CNN report on Woody Johnson. Included is Woody’s statement denying the allegations. https://t.co/ZmR2AfP7pf

•   Something to keep tabs on today:

Sources: Negotiations between the NFLPA and NFL continue today. Several key issues remain for both sides to hammer out beyond just how to manage revenue shortfall / cap. Big issue for players is the opt out, which is progressing.

NFLPA executive director DeMaurice Smith and president J.C. Tretter just sent this memo to agents, emphasizing the union wants to spread the impact of a projected multibillion-dollar revenue shortfall over an 11-year CBA, rather than in 2020 and 2021 as the NFL has proposed. pic.twitter.com/CO3xmldWLi

•   Phones, speakers, and more are among your Deals of the Day at Amazon. #ad

Report Out of New York: Bulls Expected to “Stand Pat” with Jim Boylenhttps://t.co/gzIRkC4NXp