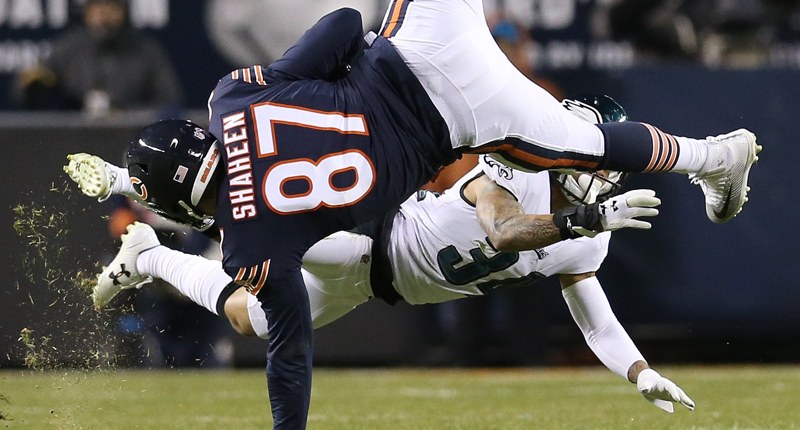 And he wasn’t even cut! The Bears might actually get something in return for Adam Shaheen:

Bears are trading TE Adam Shaheen to the Dolphins for a conditional 2021 sixth-round draft pick, per source with knowledge of the transaction.

Luis will likely have much more on this later. Moving Shaheen in trade could save the Bears upwards of $1.9 million against the cap, as opposed to cutting him and saving only $1.2 million. That alone makes the trade a good move. But if the Bears actually wind up with a sixth rounder out of it, too? Steal.

Which is kinda sad.