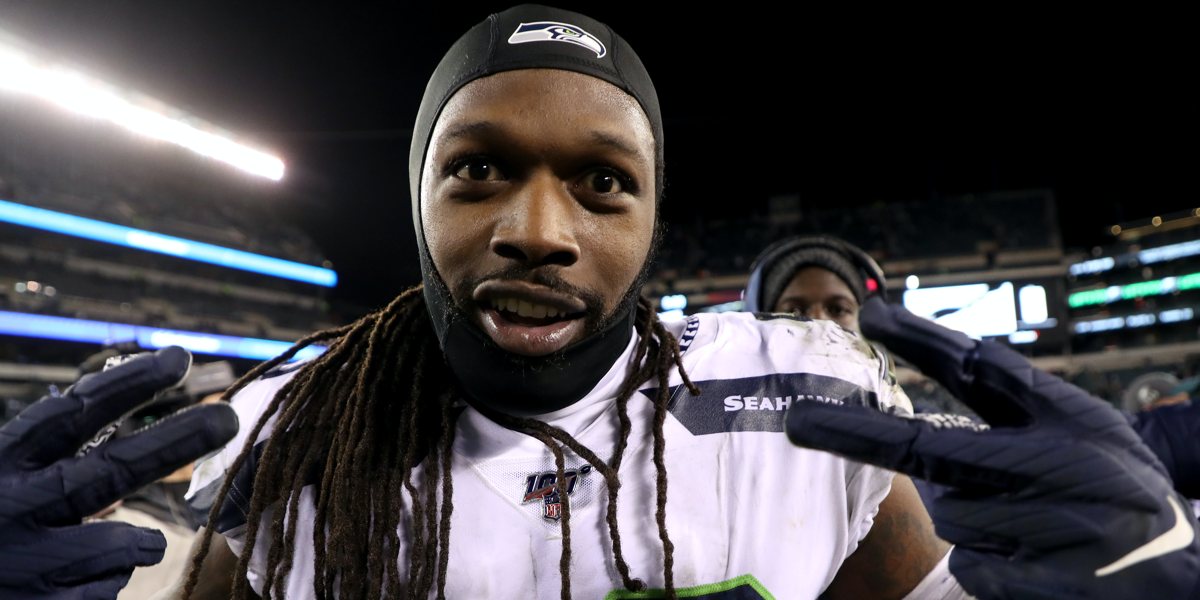 Considering how important the Bears’ defense figures to be to the team’s overall success this season, the idea that Defensive Coordinator Chuck Pagano has his work cut out for him isn’t particularly controversial. And seeing defensive lineman Eddie Goldman opt out of the 2020 season only serves to amplify that message. Goldman isn’t just the top nose tackle on the depth chart, he is one of the best interior linemen in the NFL – according to Pro Football Focus, his 83.7 grade is the 17th best among players at the position over the last two seasons.

So then, it’s probably good news for the Bears that Defensive Line Coach Jay Rodgers is still employed in Chicago. Rodgers is one of the few holdovers from Vic Fangio’s staff that was part of that magical run in 2018, and much like Pagano, Rodgers will have to make magic happen with less than a full deck.

But at least Rodgers has an idea of how the Bears can move on without Goldman in the middle:

Back in June #Bears DL coach Jay Rodgers talked about how everyone on the line has to be versatile and work in different spots. Sounds like that becomes more important now..

I see this and imagine a scenario in which Chicago exhausts all internal options first and foremost.

That means John Jenkins gets the first crack at the gig. Jenkins signed as a free agent this offseason, jumping on board for his second tour of duty in Chicago. GM Ryan Pace has familiarity with Jenkins that dates back to when both were in the Saints organization in 2013 and 2014. Jenkins signed as a free agent in 2017, playing eight games (1 start) in what turned out to be John Fox’s final season with the team. If the Bears want to lean on experience, Jenkins (82 games, 28 starts) is likely to be their guy.

Abdullah Anderson is the other traditional nose tackle on the Bears. But his inexperience is a red flag. Same for Lee Autry, the undrafted free agent rookie with a unique prospect pedigree. Autry was the 33rd-ranked defensive tackle coming out of high school. And after two years on the junior college circuit, ESPN put a four-star ranking on Jenkins, listing him as the second best defensive tackle prospect among JUCO players.

Perhaps the Bears run a less-traditional front and opt for speed over gap eating next to Akiem Hicks. Considering Rodgers’ statement noting how versatility along the line is essentially a requirement now, maybe Chicago will play Roy Robertson-Harris and Bilal Nichols together at the line of scrimmage. I’m not convinced that either could take a full load of the snaps inside, but I wouldn’t put it past the Bears try it out.

Not satisfied with internal options? Fine. I understand. I mean, who doesn’t like fresh blood to the roster?

Damon “Snacks” Harrison is the defensive lineman who makes the most sense as a possibility. Harrison was one of the better defensive tackles in football before a sub-par season in Detroit sunk his ship. Maybe getting Harrison away from the Lions would help rebuild him as a player? Hey … it wouldn’t be the first time!

Mike Daniels has ample experience in the NFC North having played for the Lions and Packers. An injury shortened 2019 campaign put him back on the market this offseason. However, Daniels has had no takers to this point. It’s possible that Goldman’s situation puts him on the Bears’ radar. And if all else fails, maybe a conversation with Daniels could provide dirt on ex-teammates like Aaron Rodgers, Matthew Stafford, or anyone else he sees fit.

I almost ended this without mentioning Jadeveon Clowney. Because, truth be told, Clowney isn’t really an ideal fit from a traditional standpoint.

He doesn’t play nose tackle, which is the position the Bears are trying to fill. HOWEVER, good coaches find fits for imperfect pieces. And when they are as talented as Clowney, they tend to go out of their way to make it happen. Clowney cracked the NFL’s Top 100 list and is still unsigned despite being an excellent run defender who can wreak havoc as a pass-rusher. His contract demands have kept him on the free agent market this long, and I can’t imagine him taking less money after waiting it out to this point. But still … the idea was fun to discuss.

Alright, so we’ve learned that the Bears have options. And that they could go outside of what they know if necessary is a nice option to have. But I can’t read this tweet and not think Goldman’s absence will be a big deal:

As Cody Whitehair told me a few years ago: "A guy like Eddie is vital to having a 3-4 defense against the run."

Or Danny Trevathan, on if a 3-4 defense can work without a guy like Goldman: "No way possible."