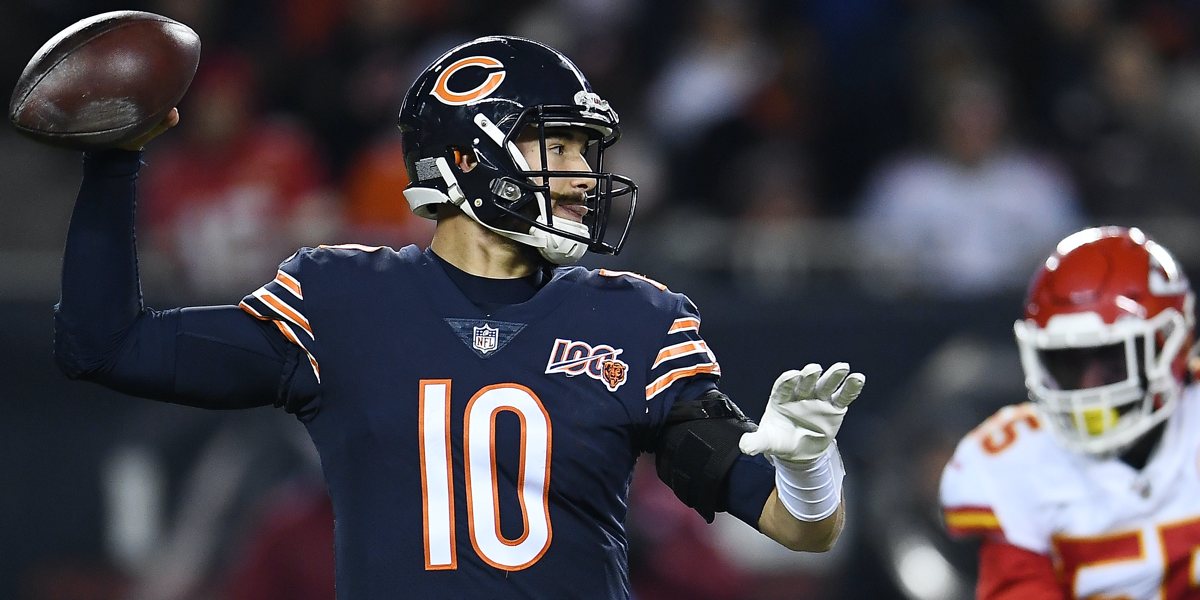 Mitchell Trubisky and Nick Foles – two quarterbacks dueling for the starting gig in Chicago – spoke to Bears reporters via Zoom conference call on Friday. And while we’ll get to a chunk of what the signal-callers said in a later post, there is one morsel of information I felt needed to be shared immediately.

More Mitch Trubisky on his mechanics: "Its the first time I have adjusted my mechanics.." #Bears

Bears QB Mitchell Trubisky says he adjusted his mechanics in the offseason. Feels more balanced and better about how the ball is coming out. Feels his accuracy has improved.

This is encouraging news for Trubisky, who spent some of the offseason working with renowned QB guru Jeff Christensen. And while I’ll stop short of suggesting that learning from the coach who tutored Patrick Mahomes and Jimmy Garoppolo will turn Trubisky into an overnight star, any guidance is better than none.

Here’s a sneak peak of some recent Trubisky throws from offseason workouts:

Why did it take so long for Trubisky to get to this point? And why weren’t mechanical issues more of a red flag in the pre-draft process? Trubisky’s mechanics have never been much to write home about. Go back to June 2017, we discussed the Bears tweaking Trubisky’s footwork as a rookie. That’s just one of a handful of posts we’ve written discussing Trubisky’s mechanics being an issue. Even in 2018, when he played at his best, a three-INT game against the Rams led to a recommitment to mechanical work. A year later, it was still a problem. Most recently, it was Trubisky’s new position coach calling out his footwork, saying it needs “significant refinement.”

To be fair, there have been moments when Trubisky’s mechanics haven’t been an issue. Trubisky has proven he could make easy throws and deliver successful deep passes when his footwork is in line. But those flashes have been too few and far between. And the inconsistency in his game shows how far he needs to go in order to grow.

Hopefully, the hard work and motivation from this offseason pays off for Trubisky. If it doesn’t, Trubisky’s mechanical issues won’t be a problem the Bears have to deal with for much longer.

That Decision to Pull Snell, Aesthetically Pleasing Baseball, Prior Gets His Ring, and Other Cubs Bullets