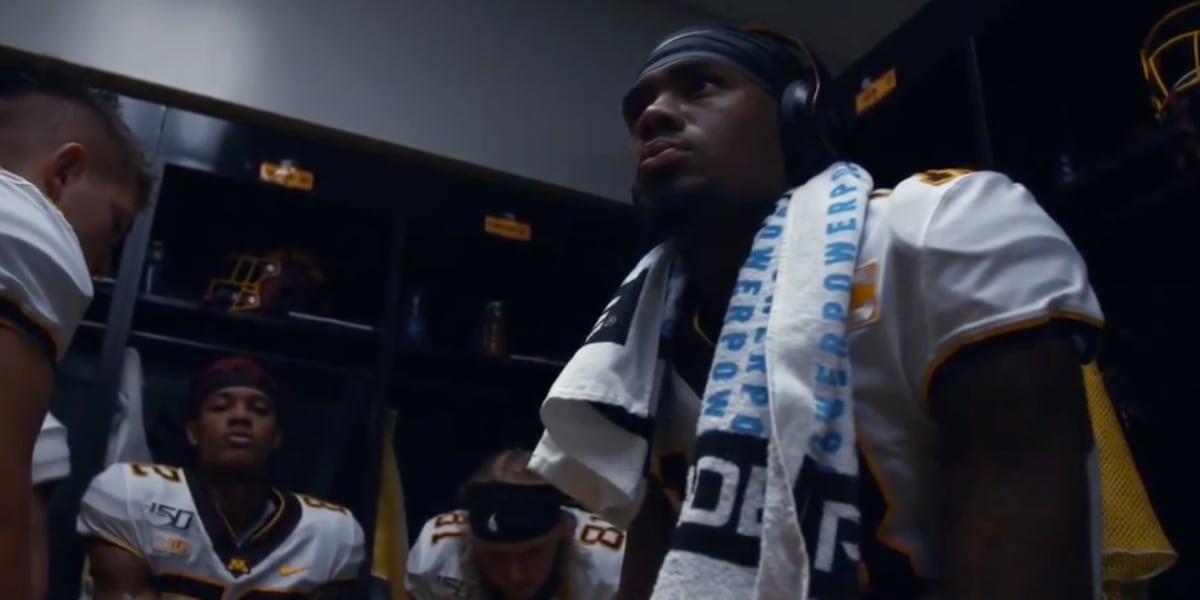 College football training camps are opening around the country, which has me wondering if college opt outs are on the horizon given the uncertainty surrounding COVID-19.

I suppose only time will tell for most. But in the meantime, Minnesota Golden Gophers wide receiver Rashod Bateman is wasting little time in making a decision:

Bateman joins Virginia Tech cornerback Caleb Fairley as high-profile college football standouts to opt out of the 2020 season. Much like the Hokies will miss Fairley on their team, the Golden Gophers will miss Bateman.

In case you’re unfamiliar with Bateman’s handiwork, check this out:

Bateman was one of college football’s best receivers last year. The Gophers’ passing attack leaned on Bateman, who finished with 60 catches, 1,219 receiving yards, and scored 11 touchdowns. As a result, Bateman earned a slew of accolades. Including … Big Ten’s Receiver of the Year award? Check. First-team all-conference honors? You bet. All-American recognition from Sports Illustrated and USA Today (second team), as well as the Associated Press (third team). Pretty darn good. Those are impressive feats, to be sure. And that Bateman accomplished them as a true sophomore is all the more impressive.

Back in May, Bateman checked in as the No. 8 overall prospect on Mel Kiper Jr.’s his early 2021 NFL Draft rankings. ESPN teammate Todd McShay listed Bateman as the 19th overall prospect and fifth best receiver. Meanwhile, NFL Network insider Daniel Jeremiah favorably compared Bateman to Michael Thomas. All in all, Bateman was pegged as a top prospect across the board. Hence, it makes sense to choose preparing for the 2021 Draft and opting out of playing college ball.

Between the Bears’ projected long-term needs at receiver and  the team’s projected draft position, Bateman’s opt out is notable. With that in mind, I’ll keep tabs on future potential top prospects following Bateman’s lead in opting out.