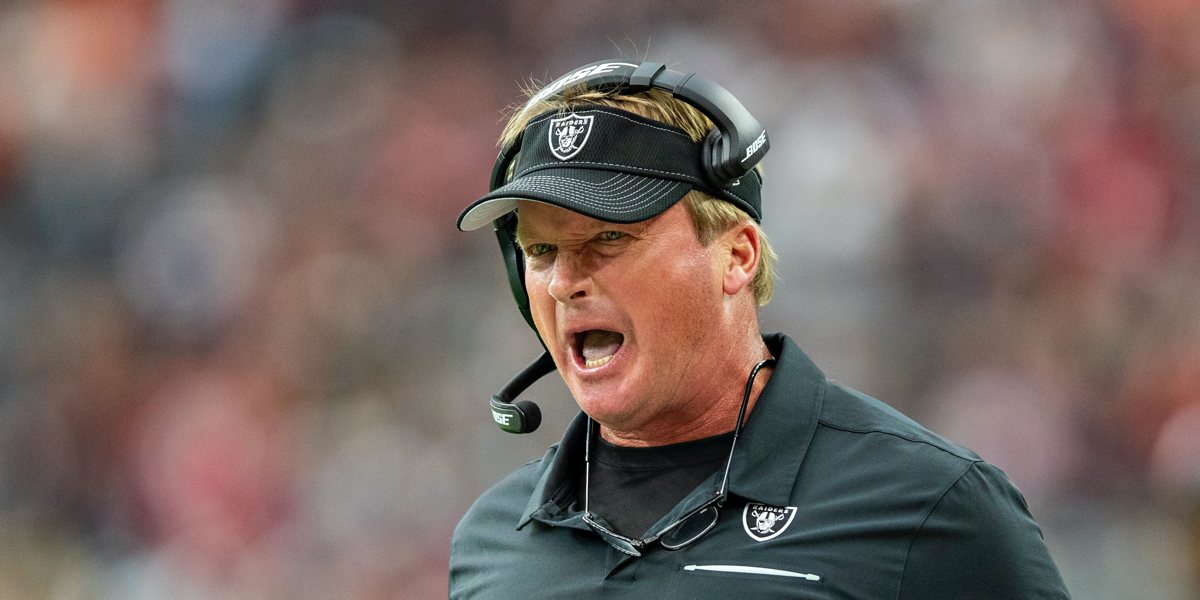 Football is a game of preparation. The best teams don’t just prepare well — they ready themselves for anything. And in 2020, it’s only right for teams to expect the unexpected and should be prepared for anything thrown their way. But leave it to Jon Gruden and the Las Vegas Raiders to take it to another level.

NFL Network insider Mike Garafolo reports the Raiders set up virtual meetings for their players, who were expecting Gruden to lead. Instead, Special Teams Coordinator Rich Bisaccia was front and center, telling the players Gruden tested positive for COVID-19 and was unable to lead the Zoom meeting. Except it wasn’t true. Gruden hadn’t contracted coronavirus. But the team wanted to see how players would react when confronted with news that their head coach did, with the idea rooted in preparing for something unexpected in what figures to be an unpredictable year for the NFL as it attempts to play through a pandemic.

Bold strategy, Gruden. Let’s see if it pays off.

The fake-out came days after the Eagles’ Doug Pederson became the second head coach to test positive for COVID-19. Timing is everything. So I understand why the Raiders thought this might be a good time to test the waters with a fake out. And while some might paint this move as a joke or a prank, I can respect wanting to gauge player reactions to something as serious as their coach getting COVID-19.

So while I’m unsure if we’ll ever know if this plan worked the way the Raiders wanted it to, it’s the attempt that is notable.