"Best Shape of His Life" Alert! Roquan Smith is Lean and Ready to Go Off in His "Prove It" Year | Bleacher Nation Skip to content 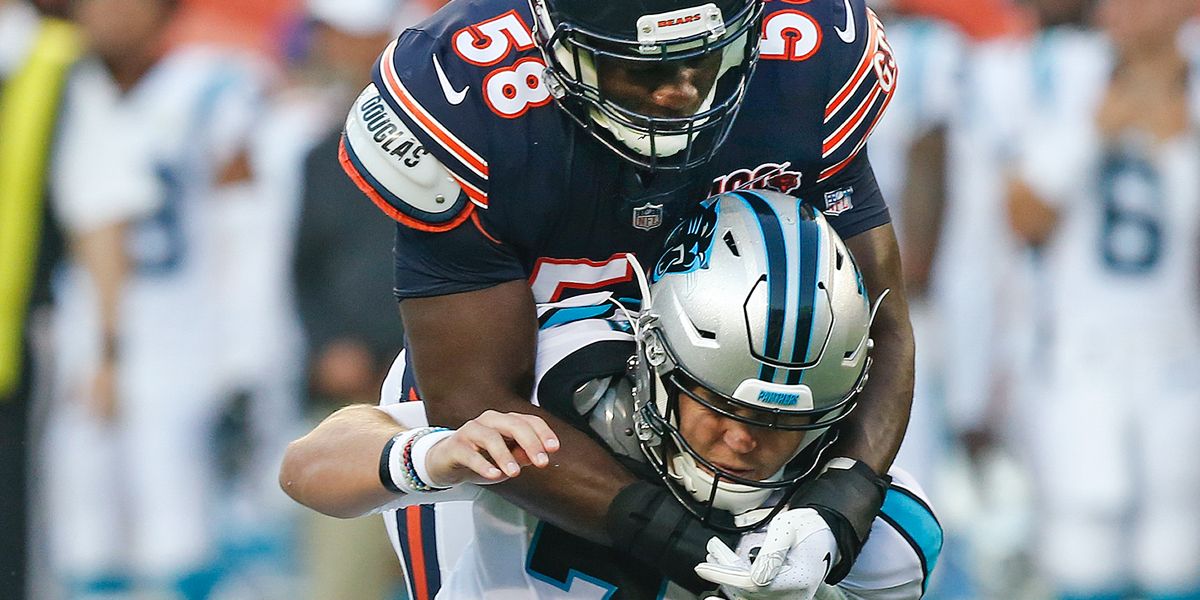 Stop me if you’ve heard this one before, but the Chicago Bears have high hopes for Roquan Smith.

The third-year linebacker is entering a crossroads season. A solid year in Chicago’s defense will likely push the team to pick up the fifth-year option on Smith’s rookie deal. And an even better year could put Smith in a position to cash in with an extension as early as next offseason.

As fate would have it, Defensive Coordinator Chuck Pagano confirmed Smith arrived at Bears camp well-prepared to take on what lies ahead:

More Pagano on Bears LB Roquan Smith: "He’s in probably the best shape of his life. He’s changed his body. He’s really, really lean. Looks really good. He’s moving around good. Again, his focus right now and his mindset is off the charts.”

As for a self-assessment from Smith himself:

I don’t care if the Bears are in Bourbonnais, Lake Forest, Platteville, or at a local park district. Nothing says “welcome to training camp” like a “best shape of his life” quote from a coach. And when the player himself doubles down, it’s impossible not to get jacked up about it.

Only time will tell if Smith being in the best shape of his life will translate into the best season of his career. Smith has played well when healthy. But he didn’t get a full snap share as a rookie because a holdout and an injury. Smith looked to be hitting his stride in Year 2 before a pectoral injury put him on IR. In the end, we’re talking about a top-10 pick in 2018. And one who teams skills with football IQ to become a tackling machine. There’s been some inconsistency in Smith’s game, but the flashes are drool worthy. So if Smith is ready to rock, then I’m ready to roll with him and Danny Trevathan in the middle.

For the sake of this conversation, we’ll take Pagano and Smith at their word. Not only is Smith in the best shape of his life, his mental focus appears to be where it needs to be for greatness to manifest itself this season. If that is proven to be the case, then the Bears will have the latest monster inside linebacker in a lineage full of them.