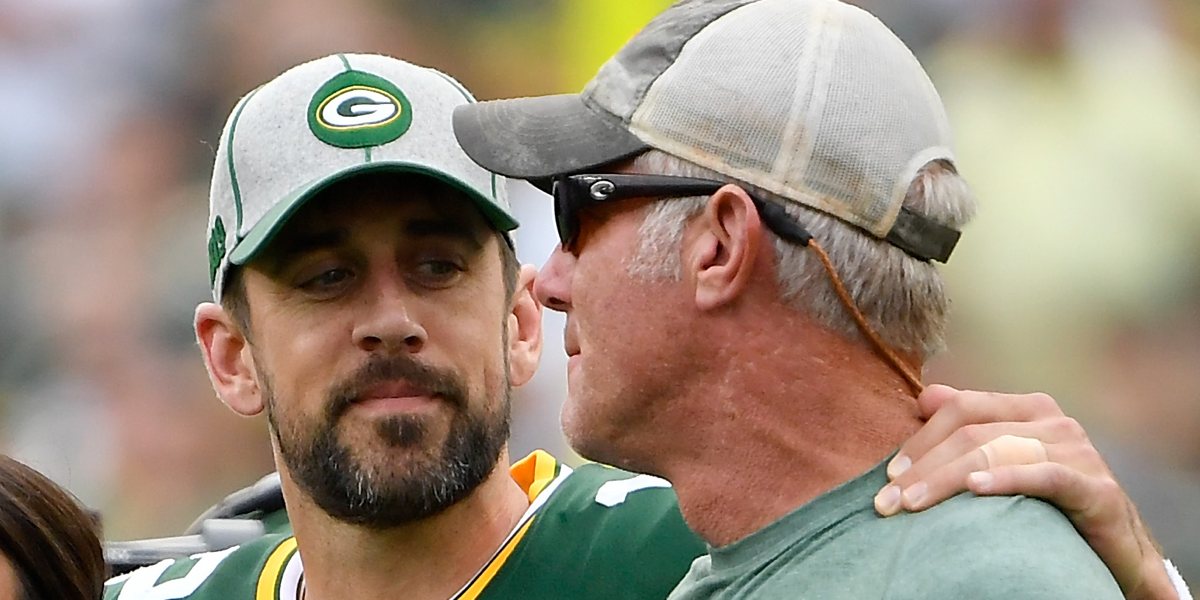 Packers legend Brett Favre would like to see his former understudy inflict some pain on his former franchise.

Favre jumped on Complex’s “Load Management” podcast to talk football. Naturally, the conversation shifted to Aaron Rodgers, the quarterback who famously took over for Favre in Green Bay. The discussion eventually presented Favre with quite a hypothetical: where could Rodgers land and make it hurt the Packers the most?

Favre’s answer was as obvious as you would expect:

Imagining Aaron Rodgers in navy blue and orange is a challenge for a lot of reasons, both practical and emotional. But envisioning him orchestrating touchdown drives while backed by an elite defense is the stuff of which dreams are made. I mean, once I get over all the past heartbreak he has inflicted on me over the years.

Being old enough to have seen Jim McMahon wear a Packers uniform and Brett Favre take the Vikings to the NFC Championship game, I suppose I can’t rule out the possibility of Rodgers suiting up for the Bears. However, finding a feasible scenario in which Rodgers leaves the Packers for the Bears is a difficult one.

For starters, it’s not happening this year. Sorry. Can’t. Won’t. Obviously. Looking into the future, Green Bay could cut Rodgers early in the 2021 league calendar year, but it would free up less than $5 million in cap space. Maybe a post-June 1 cut would be more ideal, but the cap management is still a bit complicated. Perhaps a cut or trade in 2022 is the most realistic scenario, as it would net the most cap savings ($22 million) with a minimal dead money hit ($17 million). But a trade between these two teams involving Rodgers is difficult to imagine, to say the least.

And even if Rodgers were to hit the open market, the Bears would have to clear ample cap space to fit him onto the roster. I’m not saying it’s impossible, because who knows what happens down the road. But it would lead us to ask hard questions about which current Bears might you be willing to sacrifice in order to bring in Rodgers. Again, that’s a problem for future Luis and a BN post to be written later. Right now, it’s just a fun Favre mention.