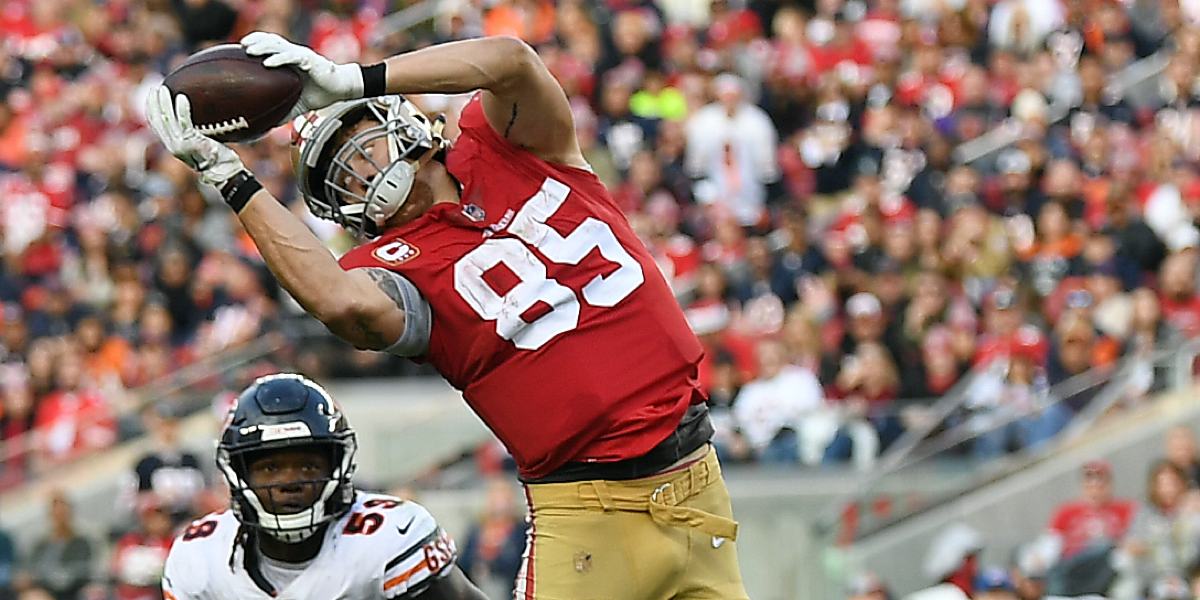 As offenses have evolved, tight ends have become more versatile, and thus, more valuable than ever.

The #49ers are giving TE George Kittle an $18M signing bonus, source said. A large sum especially in a pandemic. Mostly, he blows the doors off the TE market and they keep their own. https://t.co/WVOrQflHXp

NFL Network insider Ian Rapoport reports the San Francisco 49ers are signing George Kittle to a massive five-year contract worth up to $75 million. Most importantly, the deal is expected to include more than half of it guaranteed and an $18 million signing bonus. The folks at the Pardon My Take podcast – of which Kittle has often been a guest – offered more specifics. PMT tweets the deal includes $30 million guaranteed at signing and $40 million guaranteed for injury.

Kittle, 26, is one of the NFL’s premier tight ends. The Iowa product has back-to-back Pro Bowl nominations under his belt and earned first-team All-Pro honors in 2019. Last year, Kittle posted an 85-catch, 1,053-yard, 5-touchdown season. Kittle has racked up consecutive 1,000-yard receiving seasons for an offense that has become one of the league’s best. Not bad for a 2017 fifth-round pick who was the ninth tight end off the board.

Or to put it another way, someone who went 101 picks after Adam Shaheen.

It was only a matter of time until tight ends encroached on wide receiver money. For instance, the total guarantees and average annual value puts Kittle near the vicinity of a top-10 paid receiver. No matter how you slice it, it’s a whopper of a deal. One that resets the market after Austin Hooper’s agreement with the Browns did just that back in March.