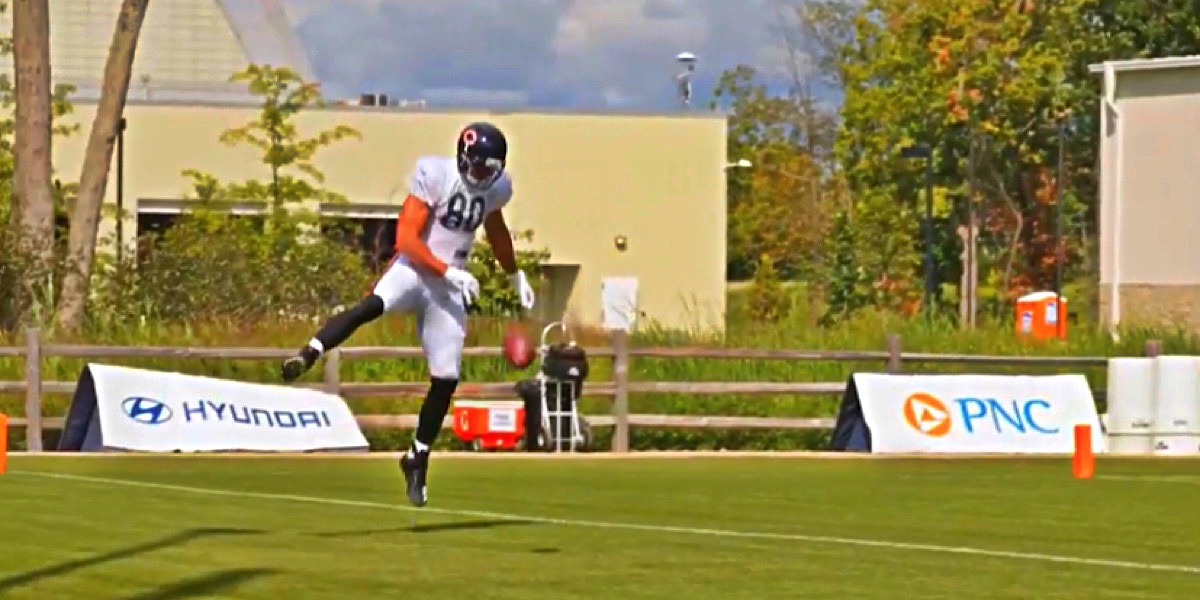 Jimmy Graham revenge SZN is upon us.

Although, I didn’t want it to happen like this:

Bush was, by the way, the instigator for tackling Graham when players were told to not tackle today.

Bears’ Jimmy Graham & Deon Bush swung on each other after a catch today. Nagy faulted Bush for tackling during a thud period.

Alright, so Graham is already ticking off opposing defenders. Good!

On the other hand, I’d prefer that his touchdown-catching prowess not set off intra-squad scuffles between the offense and defense. To be clear, I’m not against jawing during practice. It’s just that I would like everyone to be as healthy as possible for Week 1. Moreover, my preference would be to not have to write about a camp injury occurring because things got a little too heated at practice. Again, in the immortal words of Allen Iverson: “We’re talking about practice. Not a game … practice!”

With that being said, Graham is looking good at Halas Hall:

Jimmy Graham was pretty dominant today when the Bears did 1-on-1 drills. He launches the ball 40 yards after every TD. Eddie Jackson was able to break up a pass to the veteran tight end to get a win for the defense at the end.

#Bears QB Nick Foles on TE Jimmy Graham: "Jimmy had a great day of work today…The dude can catch the ball. He still has a lot of juice in him." @WBBMNewsradio

There was a spirited session of 1-on-1s. It caught everyone’s attention. Lots of trash talk. The #Bears’ TEs stood out again — starting with Graham, who threw the ball in celebration, and Kmet. The WRs/TEs won the day. Nagy loved the energy of it. https://t.co/AJfzJhh5Ob

There’s a lot to like about the early reviews, especially when Graham is lauded for the energy he brings and dominance he shows on the field. The Bears lacked both of those things from tight ends. And while Graham didn’t show it in Green Bay, perhaps gaining a new perspective after being cut in the offseason will be a motivating factor for his return to greatness. At least, I imagine that’s what the Bears were hoping when they signed him to a two-year deal in the offseason.

That the much-maligned free agent signing is off to the races in training camp is a good sign. And while part of me needs to remind myself not to overreact to a good day of practice snaps from Graham, I can’t help myself. And because Graham is a man on a mission to prove doubters wrong, I’m not surprised that this is the case.

Now, if only there was a way to bottle it up for the entire 2020 season. That would be superb.