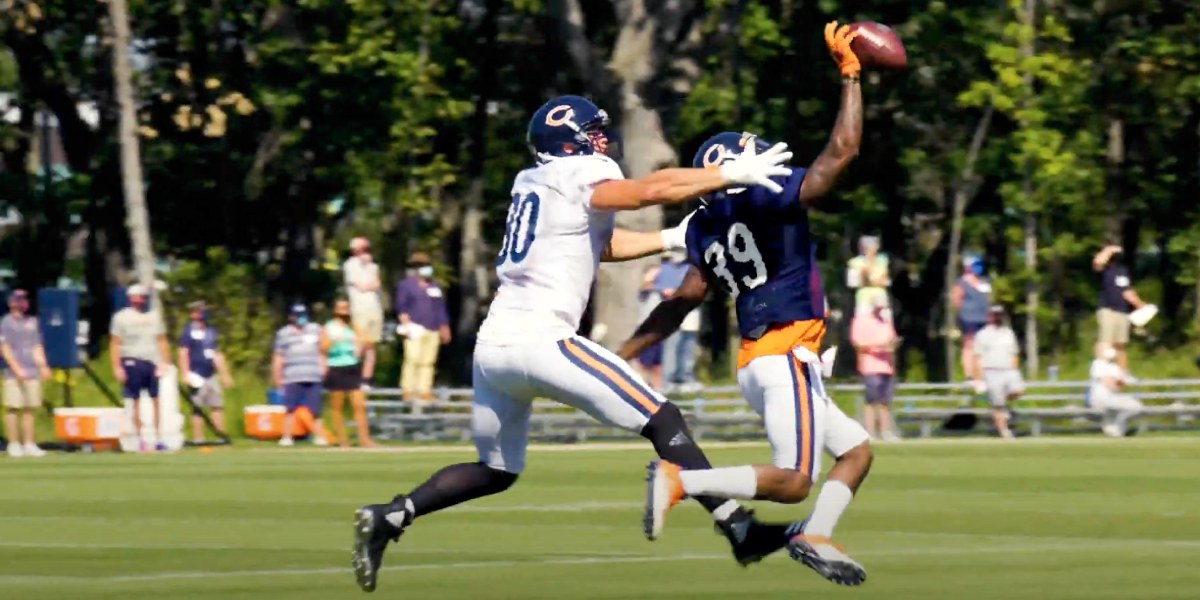 There’s no sugar-coating it: If the 2020 Chicago Bears are going to win anything significant, it will be because they rode their defense to glory.

And yet, we’ve spent a chunk of this week highlighting what the offense has done in the team’s first padded practices.

But leave it to the Bears’ defense to remind us who is really in charge:

That clip had essentially every thing you wanted to see from the Bears’ pass defense.

Eddie Jackson beating Jimmy Graham in man coverage is great. As is seeing Kyle Fuller snag an interception. Deon Bush breaking up a pass in coverage was encouraging, too. Jackson and Fuller are proven players at their respective positions, so we expect this. But Bush is fighting for playing time and a starting job. So to see him get in on the pass break-up party was refreshing, especially after getting beaten in previous clips.

This defense is loaded with stars, play-makers, and a defensive coordinator who has a few tricks up his sleeve. It’s a group loaded with game-changers. And if they make enough of them, life will be easier for the offense — no matter who is quarterbacking.