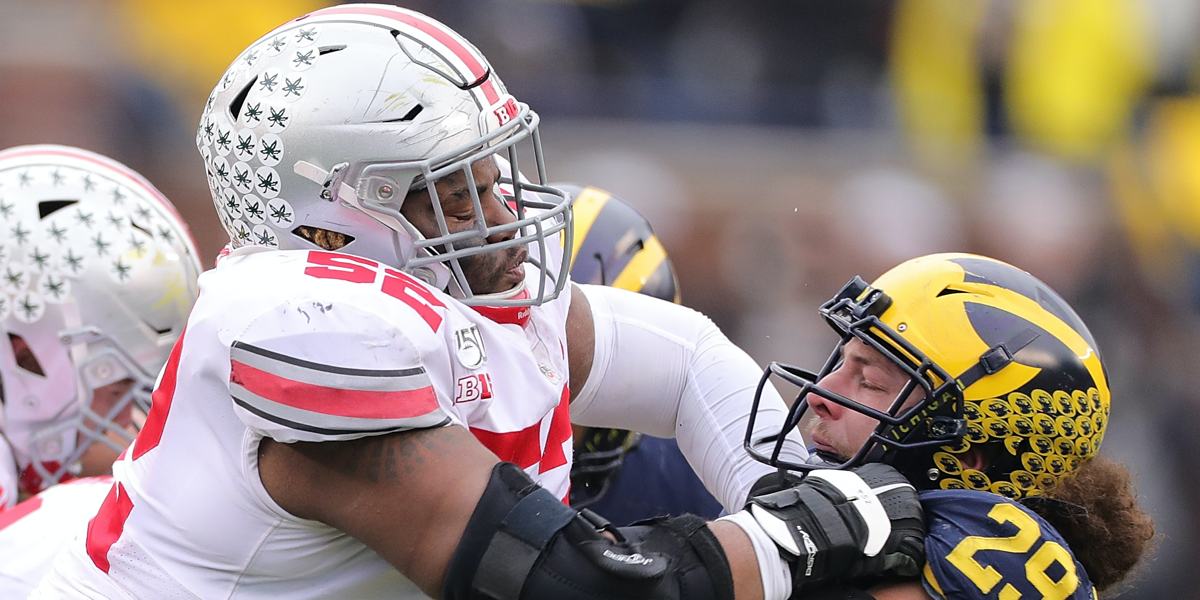 The Bears are scheduled to have their own first-round pick in 2021.

And while that makes mock drafts that much more interesting, part of me wonders if they’ll get stale at some point.

Don’t get me wrong. Few people enjoy picking apart a mock like yours truly. And with Chicago having a first-rounder for the first time since 2018, we have something to look forward to here. But with college football in limbo, I’m not quite sure how things will look. Indeed, while it seems like a certainty that the Bears will target a quarterback in next year’s draft, perhaps they don’t have to.

PFF’s Mike Renner put together a 2021 NFL Mock Draft that has quarterbacks going with the first, second, and fifth overall picks. And unfortunately (?), the Bears aren’t projected to pick that high according to PFF. That’s good, I guess. But if you were ready to hang your hat on Chicago choosing Trevor Lawrence, Justin Fields, or Trey Lance, just know that each is off the board well before the Bears pick. Sorry in advance.

Instead, with the 16th overall pick, Renner has the Bears taking Ohio State interior offensive lineman Wyatt Davis. That’s certainly different. And at least the logic behind the predicted decision is sound:

“The Bears still haven’t properly addressed Kyle Long’s departure on the interior of the offensive line. While this may seem high for a guard, Davis was that good for the Buckeyes last season — he didn’t allow a single sack or hit all year.”

Four of the Bears’ five offensive linemen are under contract for at least the next two seasons. However, the team could create cap space by moving on from either of its starting tackles. Moreover, there’s that ever-present vacancy at right guard created by Kyle Long’s retirement. The Bears’ offensive line could be better this season than it was in 2019, even if it’s just by getting to league average. But even if it reaches that point, it would be nice to add another player with some upside. And in that case, perhaps Ohio State’s Wyatt Davis makes sense.

In the end, the only way this situation plays out is if the Bears solve their quarterback problem. As of right now, there are no long-term solutions. In fact, we’re only four practices into a Chicago QB competition. That means it will be a while until we figure out what the Bears’ draft needs will be in 2021. But maybe Nick Foles or Mitchell Trubisky will assert themselves and quiet our quarterbacking concerns.

Nevertheless, it’s difficult to imagine a scenario in which quarterback isn’t a priority. But still … it’s evident that isn’t the only position the Bears will look to fill next offseason.