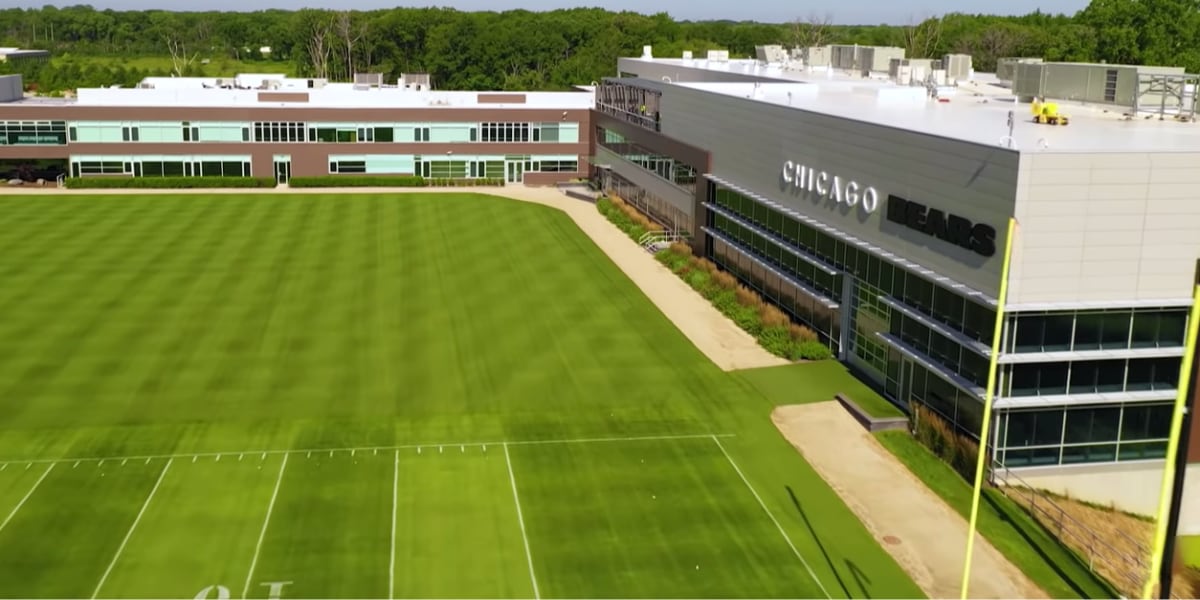 The Chicago Bears were scheduled to run through their fifth padded practice on Sunday morning.

But reporters who showed up to Halas Hall – such as Brad Biggs, Sean Hammond, and Jason Lieser – tweeted about being unexpectedly turned away. The timing and lack of an explanation was somewhere between curious and weird, but in an era of COVID-19, it also sounded alarms.

Fortunately, we now have some clarity, and things could be worse:

#Bears announce Saturday's COVID-19 testing returned 9 positive cases for players/staff – and it was determined all 9 were false positives.

Here’s what the NFL is saying this morning: pic.twitter.com/7id5Tom6Y0

NFL Network insider Tom Pelissero tweets a number of teams are changing or cancelling practice plans today. These decisions are rooted in irregularities found in results from Saturday’s COVID-19 tests from a lab in New Jersey. So with caution in mind, the Bears pushed practice back to start in the afternoon (per WSCR/WBBM reporter Mark Grote).

On one hand, it’s good that the Bears followed protocol and proceeded with an abundance of caution. This shows how seriously the team (and league) is taking the matter. Then again, serious irregularities in testing could prove to be problematic for a league trying to play football during a global pandemic.

This news brings me back to Matthew Stafford’s placement on the reserve/COVID list earlier in August. The Lions declared the move stemmed from Stafford having a false positive. Ultimately, a batch of tests with irregularities — whether they’re positive or negative results — is one of the hurdles that need to be cleared in order for the NFL to play football in 2020. And remember, MLB began using batch testing to speed up the return of results, but it came at the cost of not immediately knowing which individual among a particular group was actually positive, if any of them were at all. It’s better this happened now than during the season, but clearly the NFL has stuff to work out.

And with that in mind, we’ll continue to monitor the situation. As this could be the first test in a serious situation.

UPDATE: A message from the Bears:

This morning we learned yesterday’s COVID-19 testing identified nine players/staff as positive. We followed additional NFL-NFLPA testing protocol and confirmed all nine results as false positives. Out of an abundance of caution, this morning’s 9:20am practice was moved to 1:30pm.