NFL's COVID Lessons, HBD A-Rob, Dolphins Plans For Fans in the Stands, and Other Bears Bullets Skip to content 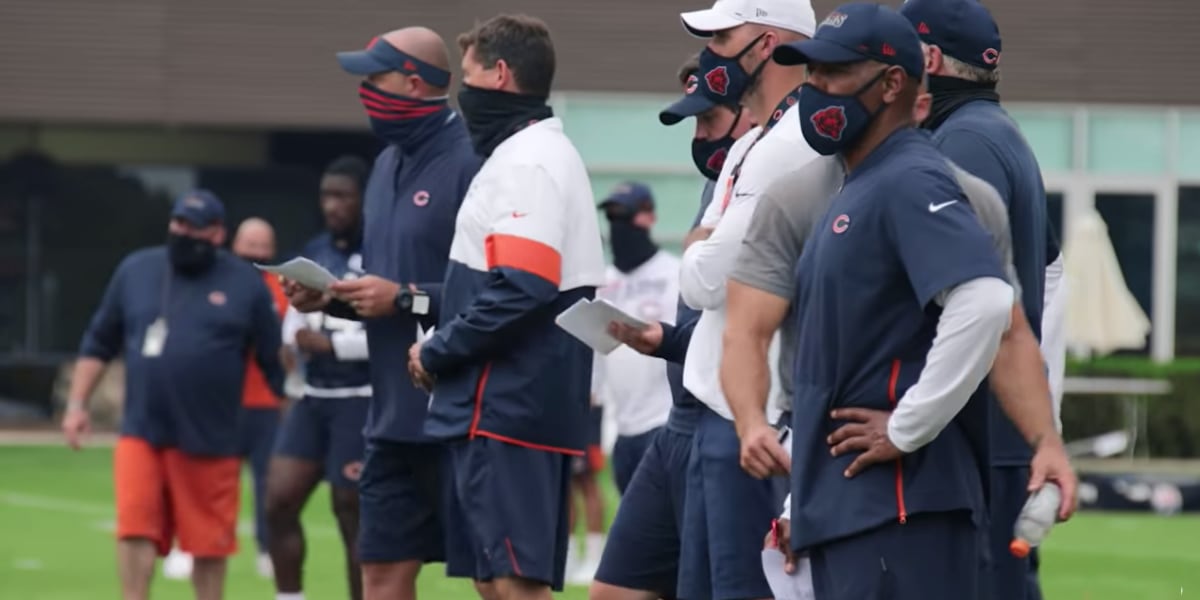 Now that the City Series is over, we can get back to bickering about the most important sports issues in Chicago. For instance, who’s going to be the swing tackle if Jason Spriggs is unavailable?

•   Sunday’s start was an unexpectedly anxious one for the Bears, who were one of 11 teams impacted by false-positive COVID test results stemming from irregularities at a New Jersey facility. Colleen Kane (Chicago Tribune), Patrick Finley (Sun-Times), and Adam Jahns (The Athletic) detail the day at Halas Hall, which included a 2:51 a.m. call from Head Trainer Andre Tucker to Head Coach Matt Nagy, pushing back practice’s start time, and a scare that nine Bears players/staffers tested positive. In these uncertain times, I imagine the last thing any coach wants is a phone call at that hour and to learn that his team had a COVID outbreak.

•   It’s worth asking if the NFL can learn from a day that featured 10 other teams impacted by a wave of false-positive tests. Sunday might have been a test run for the NFL’s regular season, which opens in less than three weeks:

•   For the time being, crisis has been averted. And frankly, the Bears appeared to handle this quite well. A tip of the cap to everyone involved in the process. That could’ve been a big mess, but it wasn’t. The Bears’ tests were false positives and it was business as usual (or as usual as it can get) for the rest of Sunday.

•   On a lighter note, birthday shoutouts are in order for Allen Robinson:

•   You know what makes for a great birthday present? An extension. Just saying.

•   Maybe that’s what this rainbow sighting at Soldier Field was all about:

•   Albert Breer (SI.com) hears encouraging words from Rams camp regarding ex-Bear Leonard Floyd. “The former top-10 pick didn’t come close to matching expectations as a Bear after a promising rookie year,” Breer writes. “and early signs are that the change of scenery is helping (playing next to Aaron Donald should, too).” With all due respect to Donald, Floyd played next to Khalil Mack and Akiem Hicks on a defense that had two All-Pro defensive backs on it. So it’s not like he was playing with a lackluster supporting cast. Then again, it’s not training camp unless we get a Leonard Floyd hype piece. Been there, done that.

•   Workout equipment, protein shakes, ‘Game of Thrones,’ and Instant Pot are among your Deals of the Day at Amazon. #ad

•   The newest member of the Chicago Bears:

The @ChicagoBears have just named me as their new public address voice. Sometimes you don't even know how big you should dream… pic.twitter.com/VZdB9yEIrU

•   In addition to some neat gigs at Illinois, with the Pacers, and the Chicago Fire, Sinclair is also the NBA Bubble’s PA guy (h/t Eli). That’s pretty neat. Welcome aboard, Mr. Sinclair.

•   I’m not sure what happened in New Orleans, but I maintain the Bears could always use some more depth at inside linebacker:

•   Good luck to the Dolphins:

For our home opener against the Bills at @HardRockStadium we will have a maximum of 13,000 fans. All fans will be required to wear a mask.

•   The Dolphins plan to host fans for their September 20 home opener against the Bills with about 20 percent capacity. Much like the Chiefs’ protocols for practice-watching at Arrowhead Stadium, fans and stadium employees are required to wear masks when not eating or drinking. But as we noted in Sunday’s Bullets, that is going to be tougher to enforce than one might otherwise expect. In order to make this happen as safely as possible, the Dolphins organization is putting a ton of faith in its fans to follow protocols, as well as stadium employees to enforce them. Again … good luck!

•   Let’s keep tabs on what happens in Miami. Remember, the Bears have a trip to Jacksonville scheduled for later this season. Perhaps things will have evolved to the point where the Jaguars’ home stadium can host fans. The state of Florida is generally viewed as a wild-card no matter what’s happening in the world, so it’s worth keeping an eye on.

Luka Doncic Just Beat the Clippers at the Buzzer and You Have to See Ithttps://t.co/RZir18uLxa