If the Bears Now Need to Add a Running Back, Who Are Their Options? Skip to content 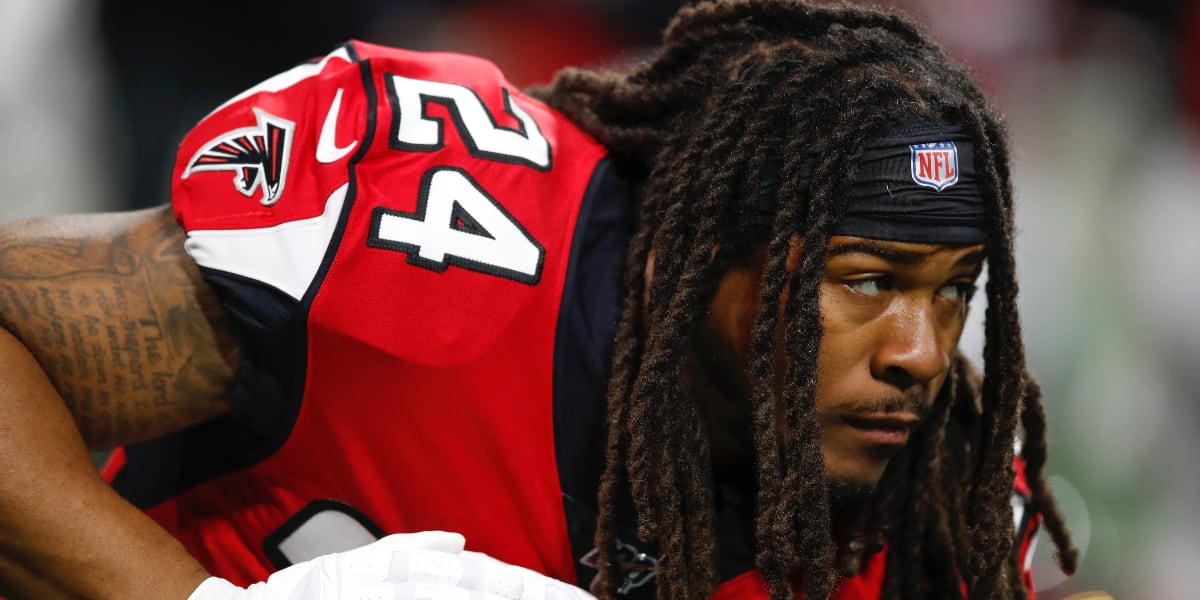 My fears about the Bears’ running back depth chart reared their ugly head today as soon as I heard David Montgomery suffered a groin injury at practice.

And while we don’t know the severity, the news moved me to browse a list of available free agents in search of possible fits. So while one wouldn’t expect to find a group of game-changers among those still available, potential help could be found on the free agent wire. With that in mind, let’s explore some options.

Freeman, 28, is the most sensible options among the name-brand available players. He is a two-time Pro Bowler with two 1,000-yard rushing seasons under his belt. And at the peak of his powers. PFF graded Freeman as football’s eighth best running back after his third year in the league. But his production has dipped since signing an extension in 2017.

The decline phase of Freeman’s career is notable. He hasn’t played a full 16-game season in four years and his yards/touch have decreased in each of the last three years. So while I’m unsure if Freeman can re-capture the magic of 2016,  that he’s done it before provides hope he can do it again. Although, it’s worth remembering that past results are not an indication of future success.

Even though Ware hasn’t received a significant work load since 2016, it is worth noting he has experience in Chicago’s offense. Moreover, he has a previously existing relationship with Bears Head Coach Matt Nagy dating back to Nagy’s time as a Chiefs assistant. That could be helpful, too.

If Chicago doesn’t need a long-term load-carrying back, perhaps Ware is the best option of the bunch. Ware, 28, certainly checks some important boxes. He fits a need, has knowledge of the system, and isn’t expected to break the bank from a salary cap perspective. All that stuff matters to some extent. Should the team opt for a committee approach, then Ware as a plug-in for the time being makes sense.

Prosise, 26, was a third-round pick by the Seahawks in 2016. However, he never garnered a lion’s share of the rushing load. In fact, Prosise has just 65 rush attempts in 25 games. But the Notre Dame product was among the recent tryouts who made their way through Halas Hall. So it’s possible the Bears could circle back to Prosise as a depth option.

Hill, 27, is a bit like Freeman in that he was a standout performer early in his career before production tapered off in Year 3. In fact, Hill and Freeman were tied for the league lead with 11 rushing touchdowns back in 2015. But since the start of the 2017 season, Hill has just 41 carries in eight games.

For what it’s worth, new Bears Offensive Coordinator Bill Lazor crossed paths with Hill in 2016 and 2017 while both were with the Bengals. Once again, I wouldn’t overlook a player’s past relationship with a current Bears coach.

The back best known as “Beast Mode” is the most accomplished free agent running back on the market. Five Pro Bowl appearances, a first-team All-Pro nomination, a Super Bowl ring, numerous rumbling rush attempts, and countless moments of swag. That’s what Lynch has going for him. But he is 34, and there is a ton of tread on the tires. And unfortunately, I can’t discount the wear-and-tear that Lynch has that stems from years of being leaned on so heavily by offenses over the years.

However, I know better than to rule something out of hand just because it seems unlikely. So I won’t do that. Instead, I’ll make it a point to express how much fun it would be to have someone with Lynch’s background at Halas Hall. No one will know what they’ll get, which makes him all the more intriguing. Do it, Bears! And do it for allllll the Skittles!